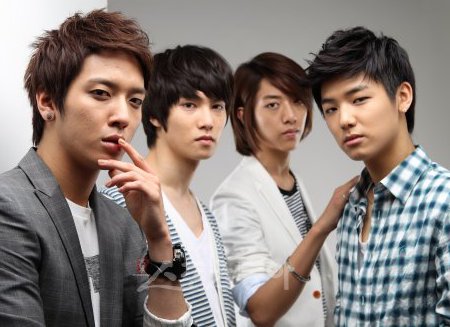 Who would have guessed? CNBLUE loses grip on digital charts?

Ever since their Korean debut, CNBLUE has been ruling the Kpop world like a boss, scoring high on both physical and digital charts with each and every release. Unfortunately, this year’s comeback showed different, with a severe and unexpected plunge on digital charts. At the release of their 3rd mini album, Ear Fun, CNBlue promoted two tracks, Hey You and Still Love You. Unlike their previous releases, the leading title track, Hey You, struggled on the digital charts. It ranked #50 on the half year chart while Still Love You ranked #66.

This upset was quite a shock for the group who accustomed us to create a digital sensation like they previously did with Intuition (ranked #12 for the year 2011) and Love (#20 for the year 2010). Maybe Hey You was too generic of the genre or not catchy enough for the Korean audience and it failed to captivate them. Or perhaps the timing was just wrong with the combined comeback of big named seniors such as: Shinhwa, BIGBANG, 2AM and SHINee?  This many boys might have been too much to handle for the audience at the time.

Whatever the reasons, CNBlue were able to count on the support of their fans who, surely aware of their digital set-down, unleashed their buying power more than usual on the physical charts where Ear Fun ranks #5 for the first half of the year with 121,735 units sold. It will be interesting to see how their next comeback performs on digital; until then there is no dreadful reasons to be worried for their last album was still highly prolific.