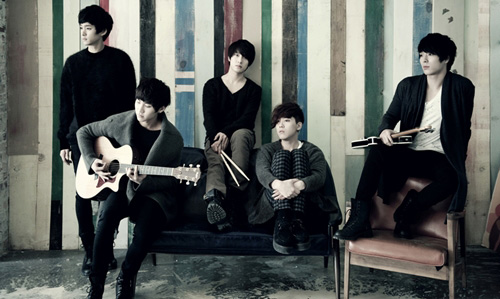 Who would have guessed? FT Island rises again with “Severely”

We open this 4th week in our series with a 4-article-focus on FNC Entertainment, starting with their oldest act, FT Island. The very first idol-rock-band’s career has been made of ups and down ever since their 2007 debut. Thanks to their fans support, the group has never been put in a dire situation though. Each FT Island release sold an average of 60,000 copies in Korea and their arenas have always been filled for their tours. It is the digital charts – representing the general audience taste – that had a tendency to be whimsical.

Debuting in great pomp with the public’s adulation, FT Island slowly lost track with its audience. They spent 2008 and 2009 in a more intimate manner, with their first venturing in Japan and discreet Korean releases, up until September 2010 when their title-track Love Love Love set them back in the spot light. While many expected them to surf once again on the wave of success, their two comebacks in 2011, although of high quality, didn’t meet the same success with Hello Hello only ranking #80 on the yearly digital charts and Like Birds failing to make the Top 200 .

It thus came as a great SURPRISE when the February 2012 release of Severely, title-track of the album Grown Up, surged at the top of the digital charts and refused to leave the Top 10 until the end of FT Island’s promotion. Not only is the song ranked as #21 on the half year charts, but it earned no less than seven weekly awards for the group that didn’t win any in 2011. It is hard to explain such a sudden success while their physical sales and critical praises equal those of their previous and less fortunate releases. Maybe the timing was just right, or the audience simply couldn’t resist Hong Ki‘s vocal prowess. Whatever the means of this new whim from the general audience, FT Island has just proved to everyone that they can bounce back under the limelight at any given time, by simply being consistent in releasing honest music of the same pristine quality they served their fans with ever since their debut.