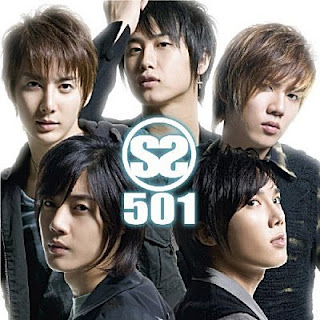 Who would have guessed? Still no signs of a SS501 reunion

It’s been two years since the original dispute between DSP Entertainment and its leading boy group, SS501. Despite members signing with a new agency, each of them frequently expressed their desire to pursue the SS501 adventure. Alas, with “SS501” being a brand name owned by DSP, the only possibility for an official reunion would be that every member resigns their contract with their current agency and goes back to DSP, unless the company that launched the group accepts to sell the name. In spite of the forlorn possibility of either of these moves, the SS501 members remain adamant to produce music all together once again.

2011 has seen the solo debuts of each member while fan club, Triple S, was patiently waiting for a promised SS501 album that never came. With 2012, the talks and possibility of a soon to come album with the whole group has also seem to have ended. Kim Kyu Jong has opened the round of army enlistments for the former SS501 members. By the time he gets back, in two years time, it is more than certain that some other members will be serving for their country. Thus pushing the desire of all Triple S to witness the  group’s comeback way past 2014.

After a hopeless and UPSETTING two years of wait for a SS501 reunion, the most reasonable thing to do now for fans and amateurs alike would be to wait until 2015 to see if the 10th year anniversary of the group can be celebrated with the long awaited reunion album.