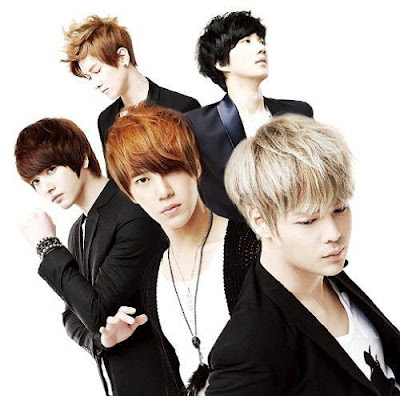 Who would have guessed? Supernova is back in Korea

Chochinsung (Supernova), now managed under Maroo, another sub-division of CCM, has always been the most ‘Japanese’ Korean artist. The six-member idol group that left Korea back in 2009 whilst admitting that they will never become famous there, has since made their mark on the Japanese market where they soon became one of the main idol powerhouse. Occasionally though, the group that already released two full movies in Japan, is back in Korea for a short promotion. Two years after the release of their first Korean mini-album Time to Shine, Supernova made their comeback last April with Stupid Love.

After a few weeks of promotion, Supernova were back in Japan were they promoted the Japanese version of Stupid Love. Alas, with the absence of their leader – and most famous member – Yunhak, currently serving in the military, they failed to sell their usual amount of albums. Nevertheless, we happily welcomed back Supernova in Korea at the beginning of this month with the track, She’s Gone. Sadly, it had no impact on the charts whatsoever, but hey! Supernova isn’t in Korea for the fame, they’re only back to repay their non Japanese fans for their love, and we’re all grateful for this nice SURPRISE!