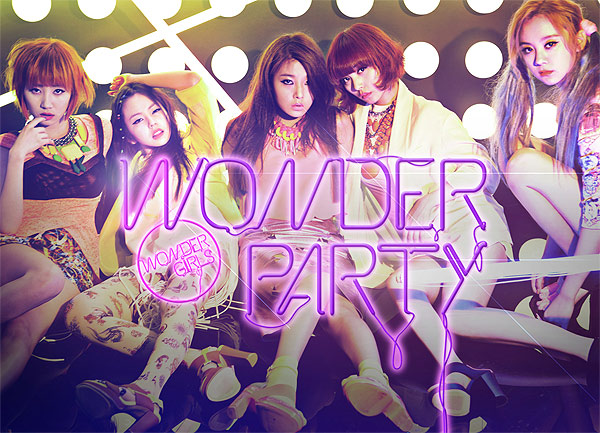 Who would have guessed? Wonder Girls are no longer the top Hallyu act?

Many international fans were introduced to Kpop via the Wonder Girls’ Nobody MV. Back in 2008/2009, the Wonder Girls were the uncontested number 1 girl group in Korea. After a few years of wandering in America, it is sad to witness how much celebrity power the girls have lost in Korea. By August 2012, the Wonder Girls are still known to Kpop fans only in America and they’ve just turned out to be less than impressive in Japan. Their official debut last month only gathered little attention and minimal sales. With only 7,460 records sold on their first week, they didn’t even make the Top 10 on the weekly charts.

During all their years of absence from Korea, SNSD took over by exceeding the Wonder Girls’ previous records, but were denied the title of national girl group until the title holders came back. As in the boxing world, the champion is still the champion until he relinquishes the title or loses a championship match. This title match took place last November and the Wonder Girls, though still in verve, lost to both SNSD and T-ara on the long run.

From champion to challenger, the Wonder Girls remain nevertheless a strong contender. They’ve come back last June with the firm intention of creating this summer craze. But Like This didn’t quite make it. Though topping the monthly digital charts with 138,592,996 digital aggregate, the girls didn’t have enough sway to make Korea – and the world alike – dance like PSY did a few weeks later. A month later, 2NE1 was back and topped the monthly charts with 151,627,608 digital aggregate. With the new dimension SISTAR has taken this year, this repels the once number 1 girl group beyond 4th place.

By failing to overcome their rivals on a head to head match; failing to sell a decent number of albums despite the high quality of Wonder World which is recognized by many as the best dance album of the year 2011; failing to create a stir with their concept like they used to, the Wonder Girls, though still a powerhouse, have lost their Hallyu crown. The reason is simple and known to anyone; their abiding hiatus from the Korean scene. This UPSET is enough to teach any Hallyu star a good lesson: no idols – however popular they are – can afford to slack off or drift away from Korea for too long a period. The upcoming articles of this series will look into some Korean acts that are directly concerned by the same issue.

36
SHARES
FacebookTwitter
SubscribeGoogleWhatsappPinterestDiggRedditStumbleuponVkWeiboPocketTumblrMailMeneameOdnoklassniki
Related Items2NE1Hallyujyp entertainmentLike ThisNobodyPsySISTARSNSDT-araWonder GirlsWonder Worldwwhg2012
← Previous Story Who would have guessed? Second Weekly Recap
Next Story → G-Dragon’s One Of A Kind MV has over 2 million views