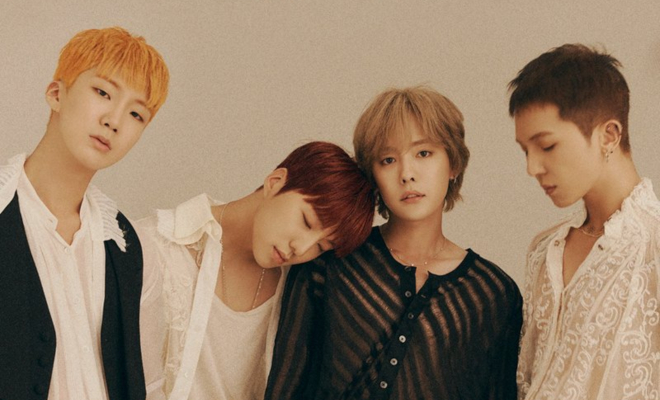 WINNER To Cool Down Summer With New Single “Ah Yeah”

As South Korea says goodbye to spring and approaches the summer season, WINNER will help Inner Circles cool down the heat with a summer dance track.

YG Entertainment finally unveiled the lead single of the boy group’s new mini album WE on its social media channels on May 9. Titled “Ah Yeah”, the song features lyrics that coolly express the feelings following a breakup. In addition, rhythmic guitar riffs and addictive hooks will catch the listener’s attention.

See Also: WINNER Members Get Ready To Showcase Their Synergy With “WE” EP

Seungyoon, Seunghoon, and Mino contributed to the song lyrics, while the leader also helped to compose the song with Kang Uk Jin, Diggy, and Joe Rhee. Through the single, the unique musical color of the boys will once again come together to create beautiful music.

In relation to the lyrics, Seungyoon said he wanted to overturn how most breakup songs dwell on longing and sadness as the overarching feeling of separation. Instead, despite breakups being painful and difficult, he wanted to portray a separation with a happy ending for both people through “Ah Yeah”.

Meanwhile, Jinwoo and Seunghoon both posted cryptic photo updates on their Instagram accounts. The photos contain random syllables, along with their group’s name, the date of the comeback and the title of the extended play.

WINNER will return with WE, fronted by “Ah Yeah” on May 15. It will be the boy group’s first comeback in 2019. In addition, Seungyoon, Jinwoo, Seunghoon, and Mino will serve as YG Entertainment’s second runner for this year after BLACKPINK.

Hellokpop, as an independent Korean entertainment news website (without influence from any agency or corporation), we need your support! If you have enjoyed our work, consider to support us with a one-time or recurring donation from as low as US$5 to keep our site going! Donate securely below via Stripe, Paypal, Apple Pay or Google Wallet.
FacebookTwitter
SubscribeGoogleWhatsappPinterestDiggRedditStumbleuponVkWeiboPocketTumblrMailMeneameOdnoklassniki
Related ItemsWinner
← Previous Story NU’EST Grabs First Ever Music Show Win As Full Group With “Bet Bet”
Next Story → BTS To Gift Fans With Their 10th Japanese Single “Lights/Boy With Luv” This Summer