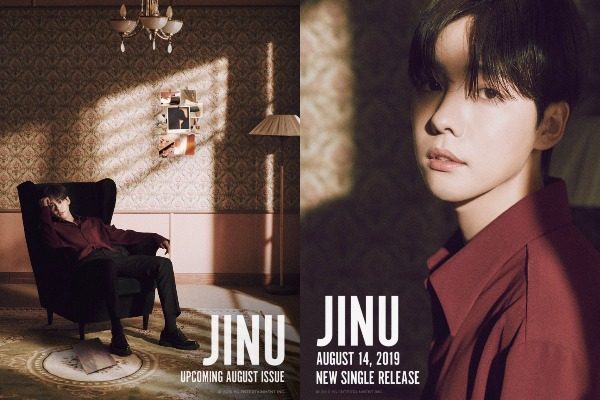 The debuting solo artist is serving up some aesthetics in the MV teaser.

JINU is making all fans excited as he gears up for his upcoming solo release. YG Entertainment unveiled in the morning of August 12 a 25-second video teaser of his debut single “CALL ANYTIME”. In the short clip, JINU wears a red shirt, holds on to his cellphone, and sends someone a text message as the time transitions from day to night. Before the video fades out, his head falls with a resigned expression, as if disappointed.

The guitar riff heard in the teaser video provides a preview to JINU’s debut solo song. “CALL ANYTIME” will express JINU’s emotions and highlights his unique musical color. The track is a pop genre that has sweet melody and rhythmic bass with lyrics expressing delicate emotions of love.

Fellow WINNER member MINO is the featured artist and also participated in composing and writing the song. Apart from MINO, ZAYVO, CHOICE37 and HAE helped out in the lyrics, composition and song arrangement as well. 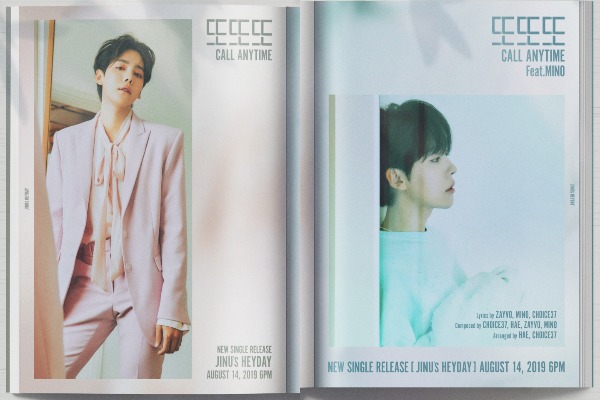 Following the announcement of his solo single release, YG Entertainment has gifted fans with images and concept video teasers hyping up this next step in his career as an artist. The agency has been posting these treats on the their official social media accounts. The agency dropped the concept board poster on August 1 and the first concept video soon followed, which was released on August 2. 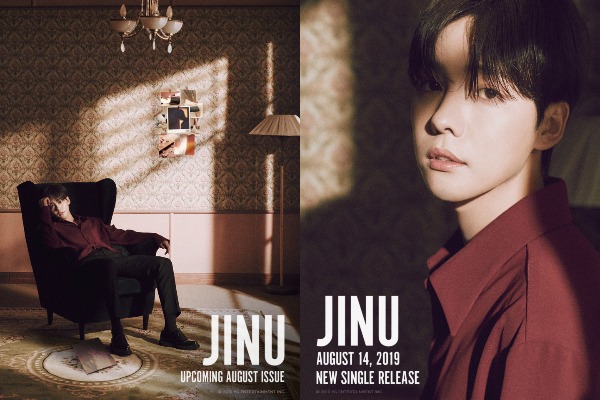 The next day, YG Entertainment unveiled the first concept poster and released concept poster number 2 the day after. On August 5, JINU’s agency revealed the main poster titled JINU’s Heyday, while on August 6 they posted the second concept video. On the same day, JINU’s Heyday has been opened for pre-order. The physical album comes in two cover images. The “SOFT” version highlights the freshness and youthful glow of WINNER’s eldest while the “BOLD” version showed a much more mature side of him. 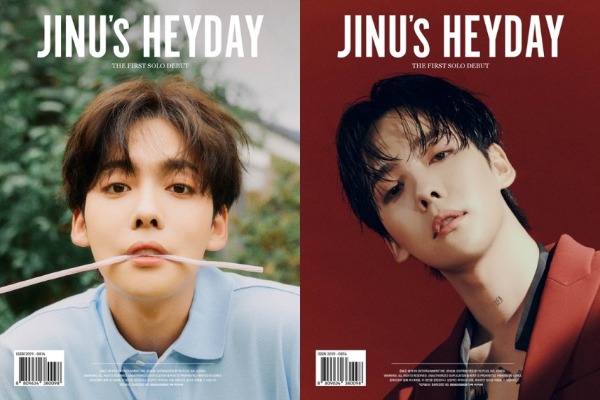 On August 7, the agency posted an announcement for JINU’s Vlive broadcast. He will conduct a live countdown at 5PM KST on August 14, an hour before the single release. On this live broadcast, the singer will give an exclusive content preview including behind the scenes of the MV shoot and album spoiler. 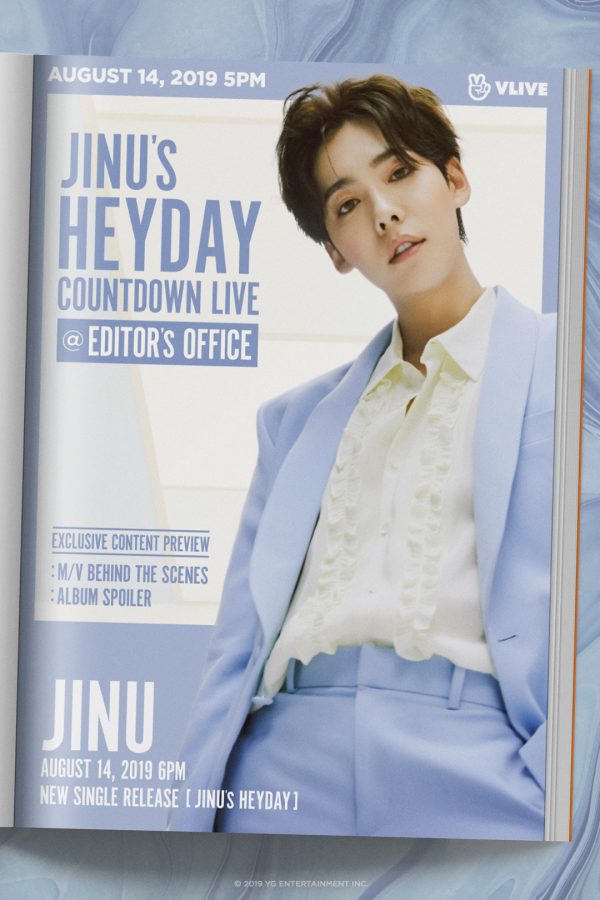 On the 8th of August, YG Entertainment revealed the song title with the release of the first title track poster. Later that day, they posted a ringtone phone teaser which featured JINU’s voice. On the 10th, they unveiled the second title poster, showing MINO as the featuring artist. The agency released on this same day two MV Objet Motion clips for “CALL ANYTIME”.

The day after, August 11, YG Entertainment released a short clip showing a bespectacled JINU playing with a claw machine, much to the delight of the fans. In addition to the 30-second video, they released two more MV Objet Motion clips as well.

JINU or Kim Jin Woo started training in 2009 and officially debuted as part of WINNER in 2014. He captured fans’ hearts with his outstanding visual and smooth vocals.

JINU’s HEYDAY will be released on various music platforms on August 14 at 6PM KST. Physical albums will be available for purchase on August 19 through online and offline local stores including YG SELECT.

Videos and Images from YG Entertainment.