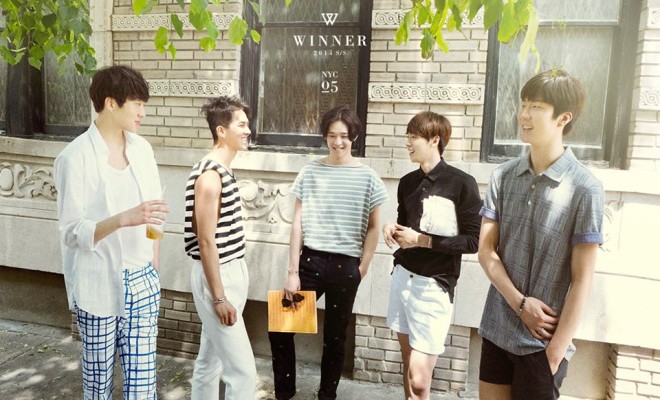 Rookie group WINNER recently appeared on KBS Yoo Heeyeol’s Sketchbook on September 19 and performed several tracks, including an acoustic version of Missing You by 2NE1.

Unlike the original, WINNER’s version was a heartbreaking acoustic version of Missing You. Their beautiful harmonies and intense rap left the audience impressed.

Aside from performing their number one hit Empty and their cover of Missing You, WINNER also sat down with the host and discussed their trainee days.

Check out the cover below:

Hellokpop, as an independent Korean entertainment news website (without influence from any agency or corporation), we need your support! If you have enjoyed our work, consider to support us with a one-time or recurring donation from as low as US$5 to keep our site going! Donate securely below via Stripe, Paypal, Apple Pay or Google Wallet.
284
SHARES
FacebookTwitter
SubscribeGoogleWhatsappPinterestDiggRedditStumbleuponVkWeiboPocketTumblrMailMeneameOdnoklassniki
Related Items2NE1emptyMissing YouWinnerWINNER 2NE1WINNER EmptyWINNER Missing YouWINNER Yoo Heeyeol’s Sketchbook
← Previous Story Party version of 2PM’s ‘Go Crazy’ gets even crazier
Next Story → Song Ji Eun releases controversial new song ‘Don’t Look At Me Like That’