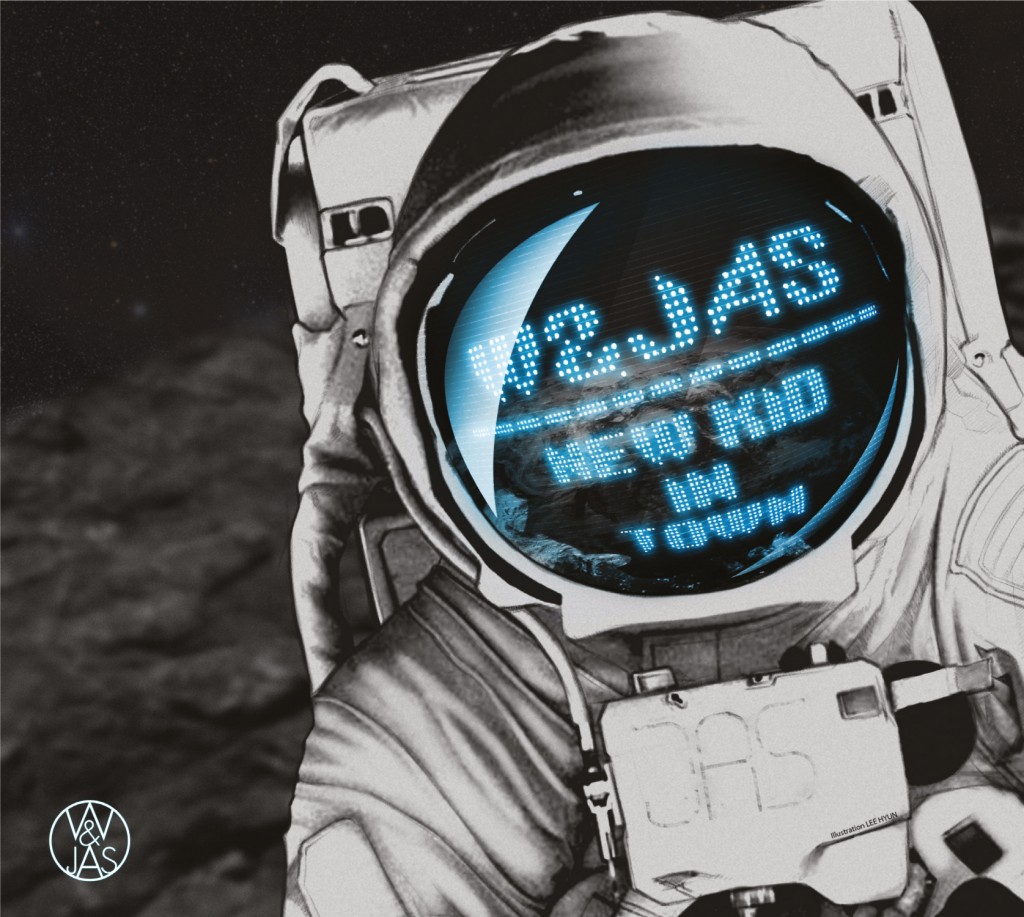 W (Where the story ends) and vocalist JAS have worked together once again to release a new mini album titled New Kid in Town.

This unique electronic pop band has already left an great impression on the music industry with the fresh sensation of RPG Shine with W&Whale. JAS, who has previously shown her powerful vocals through the audition program Voice of Korea Season 1, has yet again put forth her strong vocals with the new mini album.

The song Star Chaser(별을 쫓는 아이) used a video clip from the Japanese animation Garden of Words for the music video. It is said that director Shinkai Makoto personally gave permission for W&JAS to use the animation clip.

The overall album is compiled of powerful sounds, however the songs have become a bit more calming than the previous songs by the band. Their previous OST for JTBC‘s Can We Get Married called Speed Up was included in the album, along with Travel to the farthest, Green, Feeling like a butterfly, and Best For You. The ‘new kid’ JAS and the band W have created their this mini album with refined sounds that can appeal to the general public.

Fluxus Music stated that W&JAS will be actively promoting the album through performances. We can look forward to their performances of their new mini album.