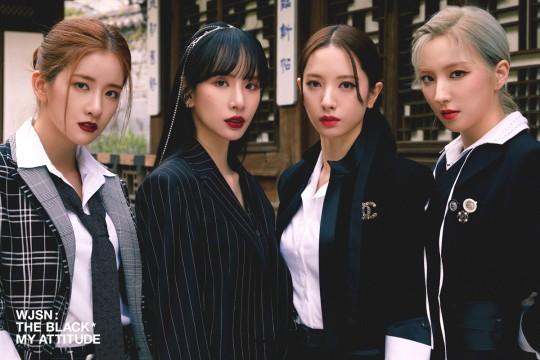 By Kirsten | May 10, 2021
FacebookTwitter
SubscribeGoogleWhatsappPinterestDiggRedditStumbleuponVkWeiboPocketTumblrMailMeneameOdnoklassniki

WJSN’s newest unit, “THE BLACK”, will make their debut this week, showcasing fierce charms that will delight fans!

WJSN’s newest unit, “THE BLACK”, will debut on May 12 with their debut single album called MY ATTITUDE. The unit’s debut follows WJSN’s prior unit, Chocome, who debuted last October and captivated fans with their sweet concept and bubbly sound. 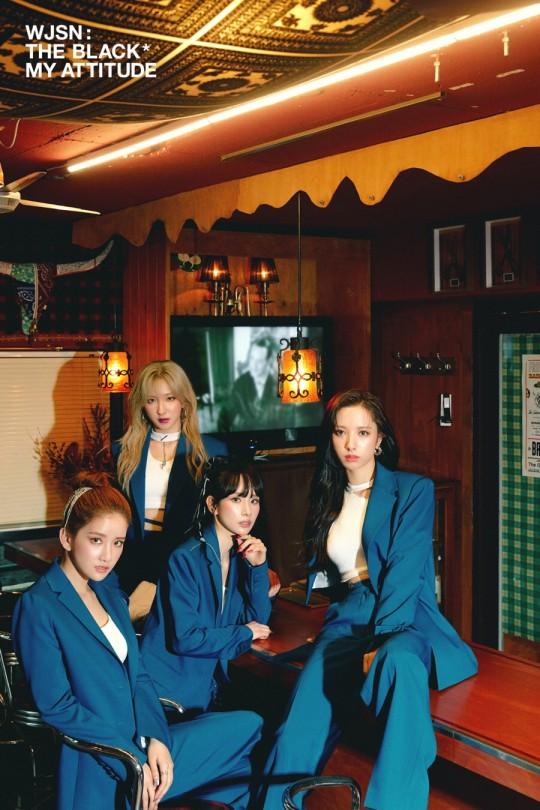 THE BLACK is formed of WJSN members SeolA, Exy, Bona, and Eunseo. The newest team plan to show a different side of the group than WJSN’s last unit, delivering intense charisma and an alluring concept.

In particular, the unit’s name “THE BLACK”, contrasts WJSN’s typical image that the public expects from the group. As a result, many are eager to see the new sides of the members and a more chic concept than the group has ever displayed before. Furthermore, fans are excited to hear the title song for their upcoming comeback, called “EASY”.

“EASY” is a slow, sensual song that explores themes of deadly temptation one experiences when in love. With this title track, THE BLACK will perform stages with a more mysterious charm than seen in previous works. Additionally, the iconic choreographer Lia Kim worked on its choreography, creating a powerful performance but one with easy-to-follow moves for fans to enjoy.

Recent teaser images display the unit’s girl-crush concept, showcasing the members in suits with piercing gazes. While depicting a cohesive coolness, the images also allow for the members’ individuality to shine. Many suspect that the group’s upcoming album release will do the same.

With yet another new adventurous venture from WJSN, fans’ excitement continues to soar for their upcoming comeback.

WJSN THE BLACK will debut with their single album, MY ATTITUDE, across various music sites on May 12 at 6 PM KST.