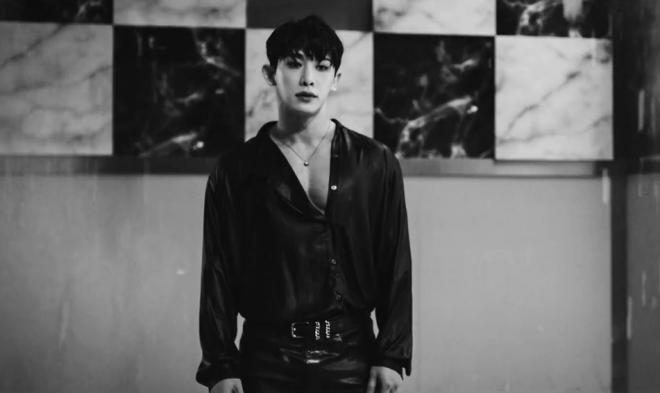 Wonho Spellbinds With His Music Video Teaser For “LOSE”

Wonho allures with his wild and dangerous charms in the music video teaser for “LOSE”!

Looks like Wonho was certainly not kidding when he stated that his upcoming comeback would see him channeling a dark side of himself!

The vocalist unleashed his feral beauty in the music video teaser for “LOSE”. The track is the leading number of his soon to be released first comeback album Part. 2 Love Synonym (#2) Right For Us.

The teaser video starts off with Wonho sitting in a projection room. He then flips a levered switch which changes the shot to a monochrome setting. Here, the handsome singer is seen sitting alone with a drink in hand at a lavishly long dining table.

The singer looks visibly perturbed in the frames thus far. This vibe is furthered by the intense, yet catchy beats that accompany each still. 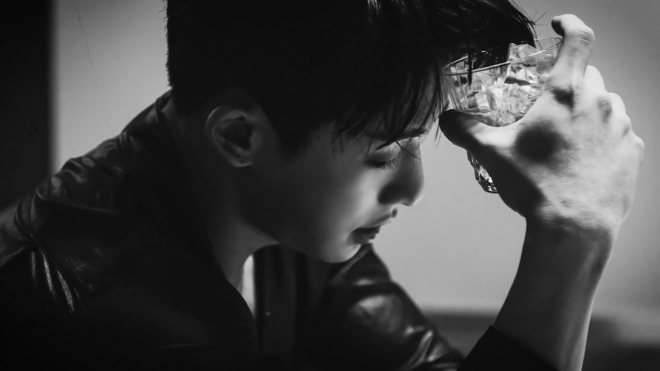 The teaser switches between darkly coloured and monochromatic stills. The back and forth shots undoubtedly amplify the mystery of the concept.

We get a quick glimpse at a dark haired girl which then suddenly pans to a similar shot of Wonho. It is then followed by flashes of the vocalist in various powerful scenes. The singer is then seen standing before the mysterious girl with a serious gaze.

The moment later transitions to him being captured, tied up in chains. The vocalist also piques curiosities while looking anxious in a dark place filled with water.

In these chained shots and the stills wherein he seems to be screaming in pain as he’s surrounded by water, Wonho exudes this raw power.

The depth of his emotions is amplified by the snippets of the track which act as the perfect background score to this video. 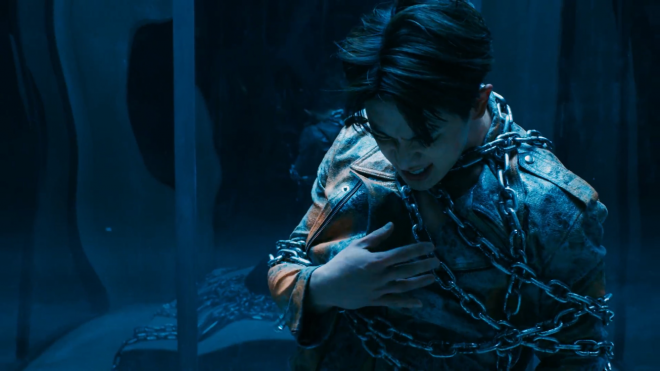 The track’s beats and the singer’s voice greatly add to the intriguing element of the video.

Having already raised anticipations for his upcoming album, Wonho will now be revealing a preview into the same on February 23.

Finally, Wonho will be bringing forth his much-awaited tunes through the unveil of his first comeback album. Part. 2 Love Synonym (#2) Right For Us will be releasing on February 26 on various music sources.