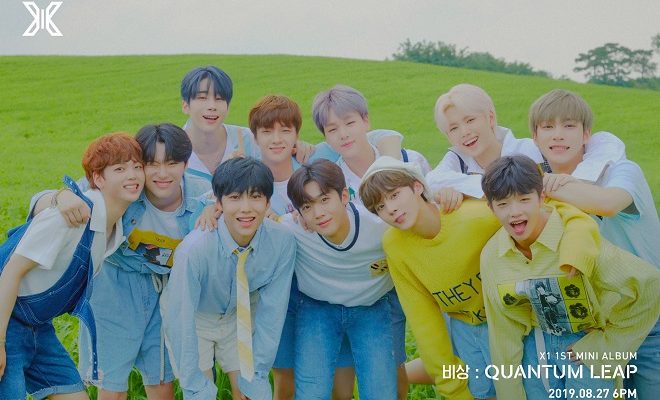 Produce X 101’s debut group X1 will be making their highly-anticipated entry in the K-Pop scene real soon. But before officially starting their journey as an idol group, the handsome and talented boys first gifted their beloved fans with the first episode of their reality show X1 FLASH. 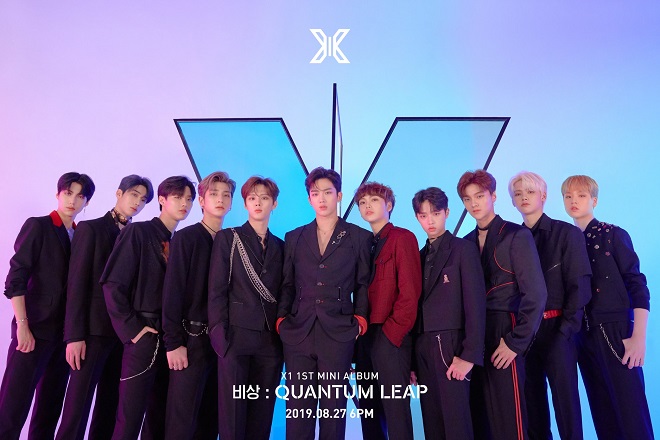 During the episode, the boys shared some of the difficulties that they are currently experiencing. Nam Do Hyun, the group’s maknae began by revealing that despite being excited, he actually feels very weird about their upcoming start. Kang Min Hee likewise expressed his worries by saying, “The expectation is high, however, success isn’t guaranteed.”

In addition, Kim Woo Seok talked about the choreography of their very first main track titled “Flash” and revealed how it became an extreme challenge for the group. “It was so difficult that we wondered if we could do the choreography properly,” the X1 member said.

Aside from sharing their challenging debut preparations, the boys also took courage to open up about how they overcame previous struggles just to pursue their idol careers.

Starting off with the group’s center Kim Yo Han, who was gaining success as a Taekwondo athlete before joining Produce X 101, he shared that he had to wait for the right timing to finally convince his parents to let him follow his dream as an idol.

Son Dong Pyo, Song Hyeong Jun, and Lee Eun Sang also shared how their families became the biggest pillars of support for them. Though initially, all their families were against the idea of them becoming singers, the members really tried their best to show their passion. In particular, Dong Pyo and Eun Sang, who are both chubby during their younger years, worked hard to lose weight and eventually joined their respective agencies as trainees.

Hyeong Jun, on the other, revealed how her sister helped her by sharing, “When I was in middle school, I told my mom that I want to attend the dance academy. My family circumstances were not good, but my sister coincidentally heard about my wish. And she ended up persuading my parents. I am really thankful to my sister.”

X1’s debut at the biggest stage in Korea

Aside from dropping their first mini-album Emergency: Quantum Leap and debut song “Flash” tomorrow, August 27 at 6 P.M. K.S.T, the boys will also be gifting fans with their first premier show-con on the same day, which will be happening at the Gocheok SkyDome.

Moreover, the X1 members bared that aside from being excited about their upcoming show-con, they too are very nervous about it.

“Since it is a really big stage, we are worried about how we will be able to perform there,” Cha Jun Ho, the adorable robot-like member said. Additionally, Lee Han Gyul revealed that he is honestly scared to see how people will look upon them. Meanwhile, the group’s leader Han Seung Woo likewise shared his concern by saying, “I am worried and also feeling the burden. I am happy too. So many feelings overwhelmed me.”

X1’s fans, also known as ONE IT, should also look forward to hearing other new tracks from their favorite group. In particular, the members heightened the excitement of fans for the track “It’s Okay” by revealing its touching meaning.

Woo Seok, who gave a short but sweet teaser of the song, sang the lines that he wants to convey to fans, “We want to convey our hearts, as in “I’m okay” and ‘Hopefully all of you are okay.” Cho Seung Youn, who considered X1 as a new challenge added, “This song is comforting me, that the future will be better since I’m beginning a new journey now.”

Meanwhile, fans should stay tuned for more entertaining and inspiring stories of the newest boy group by watching the next episodes of X1 FLASH on Mnet and tvN Asia.

Hellokpop, as an independent Korean entertainment news website (without influence from any agency or corporation), we need your support! If you have enjoyed our work, consider to support us with a one-time or recurring donation from as low as US$5 to keep our site going! Donate securely below via Stripe, Paypal, Apple Pay or Google Wallet.
FacebookTwitter
SubscribeGoogleWhatsappPinterestDiggRedditStumbleuponVkWeiboPocketTumblrMailMeneameOdnoklassniki
Related ItemsX1X1 Flash
← Previous Story Jo Jung Suk & Yoona’s Film “Exit” Surpasses 8 Million Admissions
Next Story → Lauv Lauds NCT’s Jaehyun For His Sweet “I Like Me Better” Cover