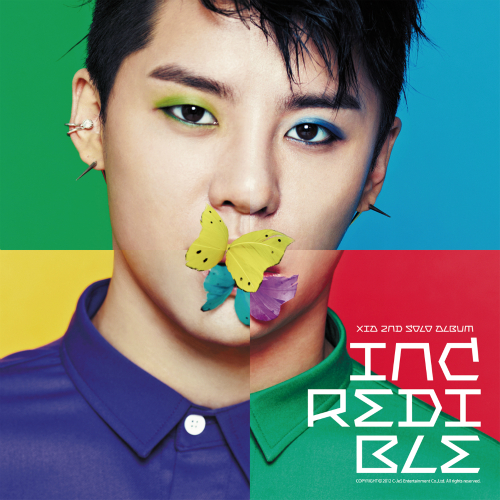 A long wait has ended for fans as JYJ’s Junsu (XIA) releases a music video for his title track, Incredible! The video has been uploaded by both Cjes Entertainment and LOEN Entertainment’s respective YouTube channels on July 15.

In the video, Xia holds a party in a big house in Malibu, California. He parties with several boys and girls in the house and pool. He also takes some romantic time with his girlfriend at that party. With a very bright colors in the video, the music video really suits the summer theme. Xia also shows off energetic dancing, choreographed by Jeri Slaughter.

Incredible is a song about a man who loves his girlfriend and describes about her beauty with cheerful words. The song is produced by Sony Music composer, Bruce “Automatic” Vanderveer who previously contributed with Xia’s previous single, Uncommitted.

Besides a full music video, Xia also released the full dual-titled album ‘Incredible’, and a behind-the-scenes video of the album jacket photo shoot.

Check out the MV and the BTS video below.

Hellokpop, as an independent Korean entertainment news website (without influence from any agency or corporation), we need your support! If you have enjoyed our work, consider to support us with a one-time or recurring donation from as low as US$5 to keep our site going! Donate securely below via Stripe, Paypal, Apple Pay or Google Wallet.
FacebookTwitter
SubscribeGoogleWhatsappPinterestDiggRedditStumbleuponVkWeiboPocketTumblrMailMeneameOdnoklassniki
Related ItemsBruce Automatic VanderveerCJeS Entertainmentincrediblejeri slaughterJunsuLoen EntertainmentSony MusicXIAXia Junsu
← Previous Story BEAST will make a comeback this July!
Next Story → INFINITE drops B version of Destiny’s music video