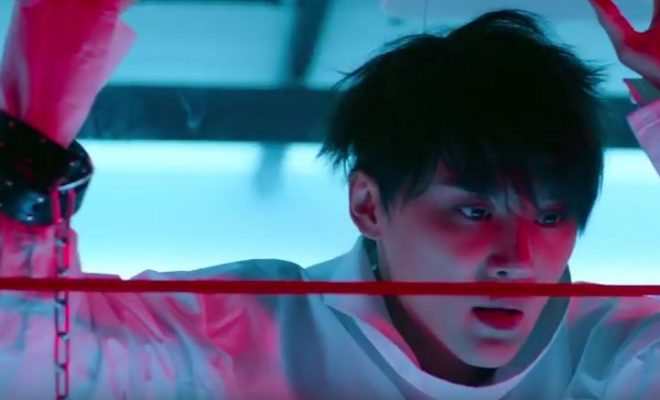 By Xiaolong | May 30, 2016
100
SHARES
FacebookTwitter
SubscribeGoogleWhatsappPinterestDiggRedditStumbleuponVkWeiboPocketTumblrMailMeneameOdnoklassniki

Junsu amazes with his voice and dancing in comeback MV!

XIA Junsu‘s comebacks always promise eye-catching visuals, tremendous vocal and dancing skills, and he does not disappoint this time, either! ‘Rock the World’, off the upcoming album XIGNATURE, was composed by Bruce ‘Automatic’ Vanderveer. The American producer has been collaborating with XIA for a long time now; on both his Incredible and Flower albums and the Uncommitted single.

In the MV, Junsu is chained inside a glass box, reminiscent of his teaser videos of the musical ‘Death Note’. He picks up different tarot cards, and the figures on them come alive. Well-known rapper,  The Quiett has assisted the singer with his powerful rap lines.

Check out the amazing MV below: