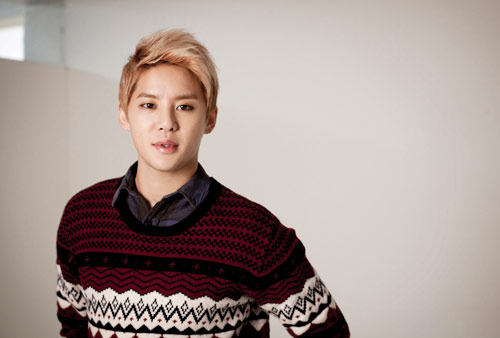 XIA Junsu to surprise fans with new music before his concert

XIA Kim Junsu will be revealing a new surprise single while preparing for his upcoming end of the year concert.

C-JeS Entertainment revealed, “On December 24th, Kim Junsu’s digital single will be released. It’s a strong sweet winter love song that was made by a Japanese producer Shikata. The producer is well known for making many songs to rank high on the Oricon charts.”

Continuing, “The end of the  year concert that Kim Junsu is preparing will be filled with musical songs, drama OSTs, ballads with an all-live orchestra. Ticket sales for the concert made a new record and has many fans highly anticipating the concert. To prepare one more gift, we will be releasing a song.”

The title of the new digital single is said to be Thank U For which will have a medium tempo with a groovy arrangement. At this, Kim Junsu stated, “I sung the song as if the guy was singing his girlfriend a love letter as it will be released on Christmas Eve. I hope fans will like this gift.”

Thank U For will be released on music websites on December 24th. On the other hand, Kim Junsu’s 2012 XIA Ballad&Musical Concert with Orchestra will be held from December 29th to the 31st at COEX. Currently, all tickets  are already sold out.