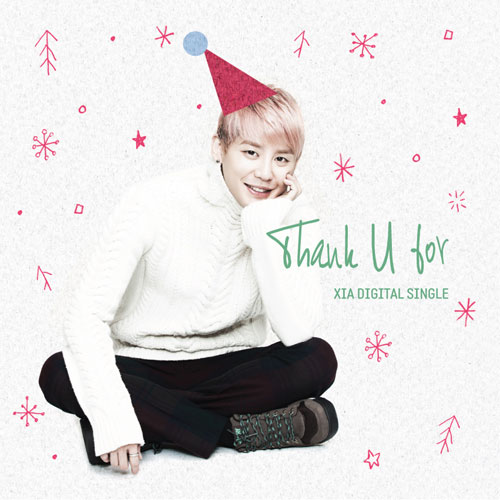 Kim Junsu (XIA) has released his surprise gift Thank U for prior to his year-end concert, and the reactions are hotter than ever.

The song was released on various music portals on the Christmas Eve which falls on today, December 24th. As soon as it was released, Thank U for took the number 1 spot on Bugs and Cyworld Music, and is also ranked high on Melon and other music portals. The song seems to be the main music trend for the fans today.

Kim Junsu’s Thank U for was produced by Japanese producer Shikata to melt away the coldness of this year’s winter with a groovy and sweet song.

JYJ‘s agency C-JeS Entertainment revealed, “The song was sung by Kim Junsu as a love song for the fans who showed so much love during XIA’s world tour this year. We hope that this song will help this winter be full of special memories.”

At this, Kim Junsu stated, “I hope that this song will be your winter song this year. I hope you will have a happy Christmas.”

Kim Junsu’s 2012 XIA Ballad&Musical Concert with Orchestra will be happening from December 29th to 31st at COEX.

Check out his warm winter love song for the fans here: