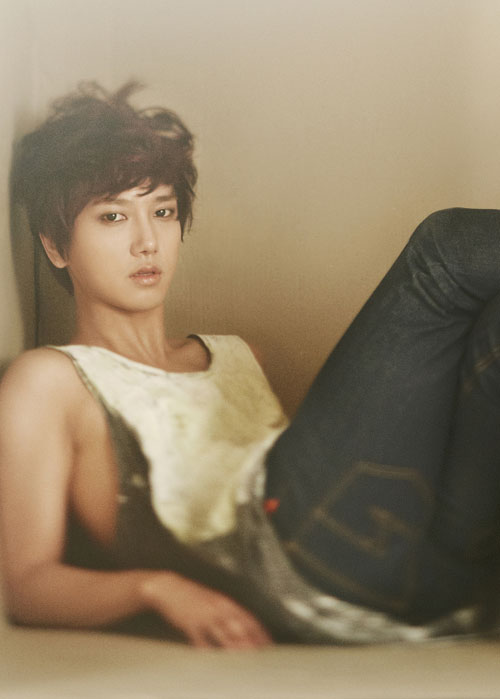 Yesung sings OST for King of the Dramas

Super Junior member Yesung sung the ending theme OST for SBS Monday-Tuesday series King of the Dramas with fellow member Choi Siwon acting in it. Since episode 5, Yesung’s solo song Blind for Love (사랑에 멀어서) has been receiving a lot of attention and has finally been released on Melon, Bugs, and other online music charts on November 26.

The song Blind for Love is full of love’s emotions and the lyrics remind fans of his previous OST’s It Has to Be You, For One Day and has been added on to a list of other hit drama OSTs he has sung. Those who listened to his OST said:

“I was wondering who’s voice it was, it sounded very familiar. As expected it was Yesung.”

“It will be another hit.”

“I get drawn into the drama and song listening to his voice.”

Listen to his OST Blind for Love below:

We need your support! If you have enjoyed our work, consider to support us with a one-time or recurring donation from as low as US$5 to keep our site going! Donate securely below via Stripe, Paypal, Apple Pay or Google Wallet.
FacebookTwitter
SubscribeGoogleWhatsappPinterestDiggRedditStumbleuponVkWeiboPocketTumblrMailMeneameOdnoklassniki
Related ItemsBlind for Loveending themeKing of the DramasOSTSBSSuper JuniorYesung
← Previous Story Yang Yoseob’s Caffeine: the #1 searched item on Korean news and music portals
Next Story → SECRET to come back with ‘Talk That’ & reveals Jieun’s teaser photo