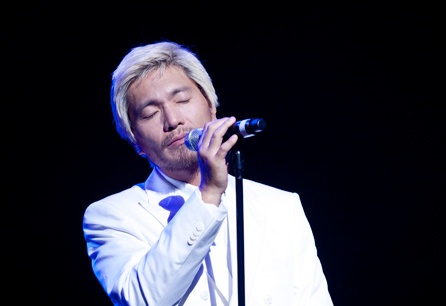 With a career surpassing twenty-five years,  a voice that has become synonymous with Korea’s best soulful ballads, and multiple number one hits under his belt; Yim Jae Bum‘s talent and vocal style has continued to be on the forefront of the music industry. Most recently known for his track Love (사랑) from SBS’s 2011 break out action drama City Hunter starring Lee Min Ho, Yim Jae Bum has once again captured the attention of Kpop fans worldwide.

Yim Jae Bum has now revealed that he will be releasing a new album, titled To… , on July 11.  With this announcement, the artist has now released a teaser video for his upcoming album. Check it out below:

With flash segments of his new songs, both his iconic voice and musical style range was showcased. This teaser is sure to grab your attention and have you waiting for the album’s release. We here at hellokpop are looking forward to the albums release and wish Yim Jae Bum much success.

After the album teaser, are you looking forward to Yim Jae Bum’s new album release?

Hellokpop, as an independent Korean entertainment news website (without influence from any agency or corporation), we need your support! If you have enjoyed our work, consider to support us with a one-time or recurring donation from as low as US$5 to keep our site going! Donate securely below via Stripe, Paypal, Apple Pay or Google Wallet.
FacebookTwitter
SubscribeGoogleWhatsappPinterestDiggRedditStumbleuponVkWeiboPocketTumblrMailMeneameOdnoklassniki
Related Items6th albumCity HunterLonentTo...Yim Jae Bum
← Previous Story Kim Hyun Joong tops Oricon charts with ‘HEAT’
Next Story → Wooyoung releases third debut MV teaser