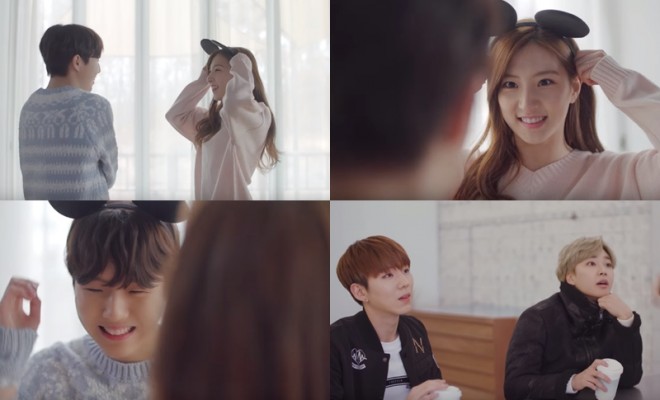 Starship Entertainment’s male soloist Yoo Seung Woo has dropped a teaser video for his new title track Whatever, starring three of his labelmates.

The artist is returning with his 4th mini album titled Pit A Pat, which is slated for release on February 2. He is set to hold a mini concert on the same day at the M Concert Hall in Apgujeong, and will showcase his new tracks for the first time there. Notably, rapper Crucial Star will be joining Yoo’s stage of Whatever as a special guest.

On January 27, the music video teaser for the lead song has just been released through Starship TV. Fans can easily identify some Starship artists in the teaser, namely MONSTA X’s Kihyun, Boyfriend’s Jeongmin, and Eunseo from upcoming girl group Cosmic Girls.

Kihyun and Jeongmin, along with GFriend’s Eunha previously starred in the soloist’s music video of You’re Beautiful as well.