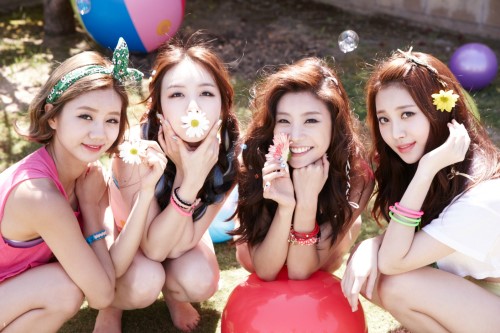 Girls’ Day will be opening their very own concert to commemorate their 4th anniversary into the music industry.

Girls’ Day’s agency said: “The first solo concert held at Ax-Korea on July 13 will be aired on SBS MTV’s The Show on July 22nd at 6pm as a special.”

The girls performed their newest songs Darling, Look At Me along with Expect, Hug Me Once(한번만 안아줘), Don’t Forget Me, and also their number one songs Female President and Twinkle Twinkle.

Girls’ Day’s first concert will be aired again on SBS on July 23 at 1AM and on July 25 at 9PM on Japanese television TBS.

Hellokpop, as an independent Korean entertainment news website (without influence from any agency or corporation), we need your support! If you have enjoyed our work, consider to support us with a one-time or recurring donation from as low as US$5 to keep our site going! Donate securely below via Stripe, Paypal, Apple Pay or Google Wallet.
FacebookTwitter
SubscribeGoogleWhatsappPinterestDiggRedditStumbleuponVkWeiboPocketTumblrMailMeneameOdnoklassniki
Related ItemsDarlingDon't Forget MeDreamT EntertainmentExpectGirl's DayHug Me OnceJapanese televisionLook At MeSBSsolo concertTBSTwinkle Twinkle걸스데이기대해나를 잊지마요단독콘서트달린드림티엔터테인먼트반짝반짝여자대통령한번만 안아줘
← Previous Story INFINITE trained at an action school for ‘Back’ MV
Next Story → What You Need To Know About New Girl Group Ye-A