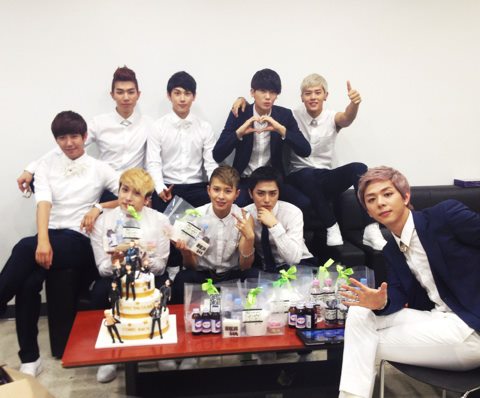 ZE:A had its comeback this month with the release of Spectacular and the new music video for Aftermath.

If you thought Aftermath was spectacular, you’ll be happy to learn that ZE:A has now released the rehearsal video for the Aftermath performance. All the slick dance moves by ZE:A and the impressive choreography from Aftermath can now be admired in full.

Check it out below!

We need your support! If you have enjoyed our work, consider to support us with a one-time or recurring donation from as low as $5 to keep our site going! Donate securely below via Stripe, Paypal, Apple Pay or Google Wallet.
FacebookTwitter
SubscribeGoogleWhatsappPinterestDiggRedditStumbleuponVkWeiboPocketTumblrMailMeneameOdnoklassniki
Related ItemsAftermathSpectacularZE:A
← Previous Story MBLAQ releases ‘We Were Both in Love’ for ‘Ghost’ OST
Next Story → Brown Eyed Girls release ‘A Midsummer Night’s Dream’ MV