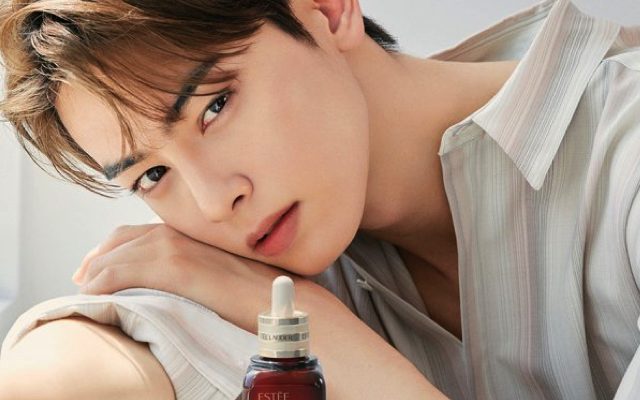 Cha Eun Woo is the epitome of beauty as he models Estée Lauder in the July issue for Marie Claire Magazine.

The American luxury brand has gained worldwide acclaim for its extravagant skincare products, while Cha Eun Woo has skyrocketed to fame thanks to his dazzling charm and talent. Together, they make the perfect pair in their Marie Claire feature. 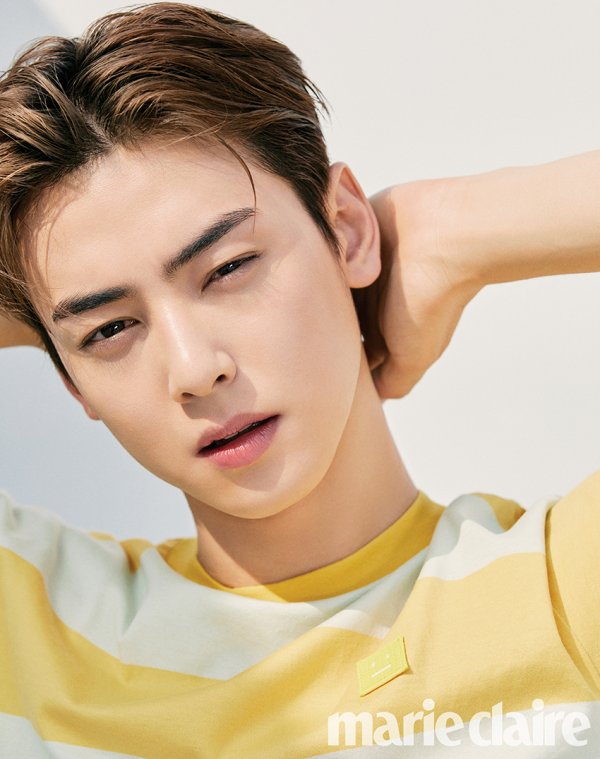 Astro’s resident visual is out to captivate people again with his photo shoot for Marie Claire. In the first photo, the singer is depicted under natural lighting, wherein his fair complexion is shown at its full advantage. Cha’s fresh-faced aesthetic is matched with a striped pastel shirt that radiates the true essence of summer. 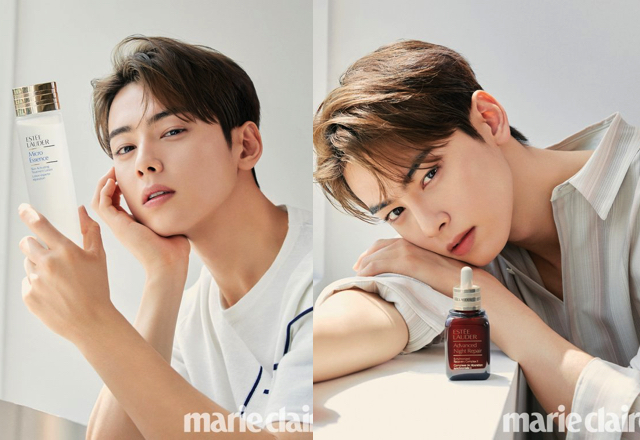 The second shot features him modeling Estée Lauder’s Micro Essence Lotion, an exquisite skin activating treatment. The K-pop star’s ethereal skin is put at the front and center of the pictorial, thanks to the soft lighting and his boyishly messy locks.

The third picture from the pictorial illustrates the Astro member modeling the Advanced Night Repair Serum while he sits in a dreamy pose, giving the camera a pensive glare. The pale palette of his button-up shirt adds understated elegance to the overall vibe of the photograph, which embodies the sophisticated opulence and vibrance of both Cha Eun Woo and Estée Lauder.

Meanwhile, the artist has been appearing as a cast member on SBS’ reality show, Master In The House.