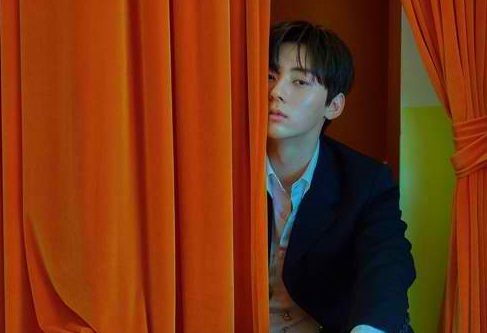 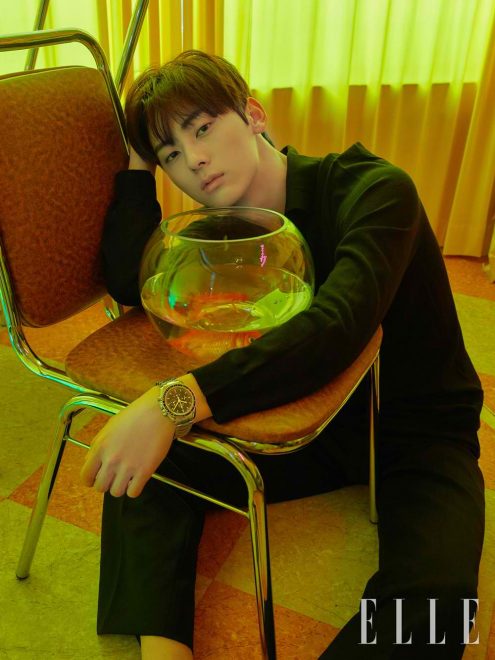 On August 19, the fashion magazine released the stunning photos of the idol through several media outlets. According to reports, the recent photoshoot became part of the special project of the 50th anniversary of the Swiss luxury watch brand OMEGA.

Wowing everyone with his undeniably beautiful face and equally appealing physique, the idol was able to showcase a variety of his charms. From stylishly pulling off a black tuxedo in his first shot, Minhyun has successfully flaunted his innocent yet sexy vibe while candidly posing with a goldfish in a bowl on the side.

Featuring a manlier concept, the NU’EST member likewise demanded everyone’s attention while wearing a sophisticated dark blue ensemble. In addition, even with a kitchen background, he was still able to show off his elegance while sporting a mustard yellow sweater partnered with a modish apron. 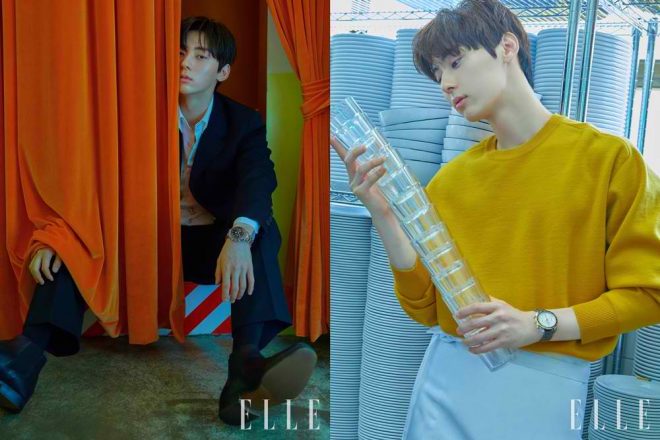 Meanwhile, Minhyun together with his fellow NU’EST members JR, Aron, Dongho, and Ren, are busily preparing for their ongoing world tour.

Titled Segno, the highly-anticipated concert series will have Manila as its next stop on August 31 at the Smart Araneta Coliseum. The K-Pop quintet will likewise visit Kuala Lumpur and Taipei on September 7 and 14.

Hellokpop, as an independent Korean entertainment news website (without influence from any agency or corporation), we need your support! If you have enjoyed our work, consider to support us with a one-time or recurring donation from as low as US$5 to keep our site going! Donate securely below via Stripe, Paypal, Apple Pay or Google Wallet.
FacebookTwitter
SubscribeGoogleWhatsappPinterestDiggRedditStumbleuponVkWeiboPocketTumblrMailMeneameOdnoklassniki
Related ItemsElle KoreaMinhyunNU'EST
← Previous Story K-Photo Reel: Keum Dong Hyun Shows Fresh Smile For Cosmopolitan Korea September 2019
Next Story → K-Photo Reel: Kim Jae Hwan Humbly Talks About Music On Star1’s September 2019 Issue