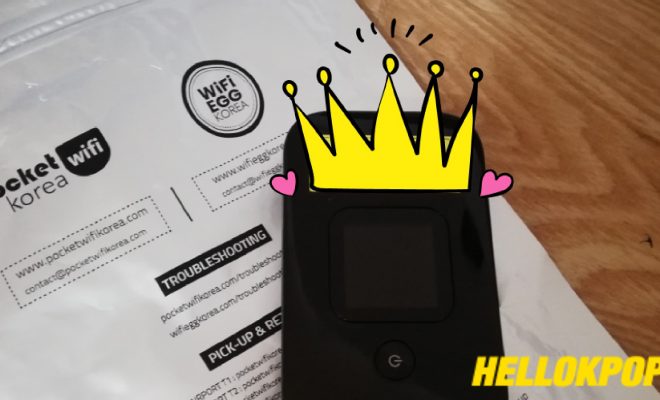 For my next trip to South Korea, Pocket WiFi Korea will be my internet provider!

Having a stable and fast internet connection has become a necessity especially for people who wish to travel abroad as it makes getting around the new city and communicating with people easier.

That is why, for my recent trip to South Korea, I made sure I had the right device with me when I roamed around Seoul and Gwangwon Province — a pocket wifi.

My qualifications were pretty simple: I need a device that will fit perfectly in my everyday bag, can connect more than one device, with fast internet connection without data cap, and will not die on me in the middle while I go and explore the city.

I always thought my requirements were pretty demanding, and so I was willing to let go one or two of these demands. But with Pocket WiFi Korea Unlimited – WiFi Egg Korea Unlimited, I did not have to compromise. Instead, it delivered way beyond my expectations that internet connection never became a problem during my seven-day stay in Seoul. 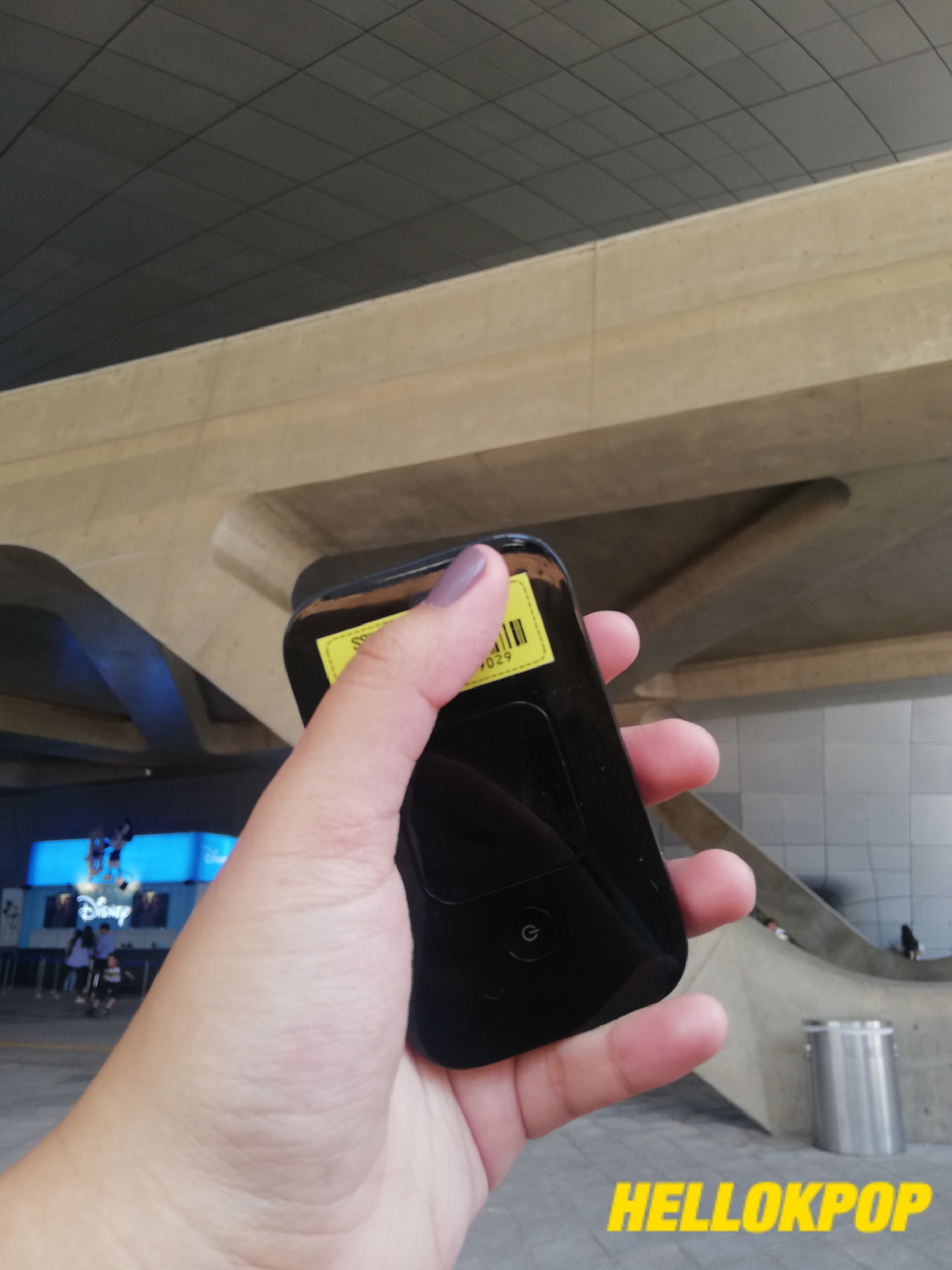 At Dongdaemun Design Plaza with our rented Pocket WiFi Korea

In fact, it can go up to 100 megabits per second (mbps)! Aside from loading our apps without glitch and searching the internet smoothly, I was able to download 40 episodes of 300 megabyte (MB) average size per episode in minutes — while my Spotify downloads were also updating and while my friend was also downloading her fair share of series.

We experienced no downtime in the internet connection throughout the seven-day trip including during our stay at Nami Island, Petite France, and Garden of the Morning Calm. According to its website, Pocket WiFi Korea’s coverage is nationwide which include Jeju Island and Seorak Mountain in Busan.

While I was contemplating on the wifi package to get for our trip, I always knew I wanted to have an unlimited data plan as I was afraid one gigabyte of data per day — especially with two people sharing — will not be sufficient. Thankfully, Pocket WiFi Korea offers various packages to choose from based on the consumer’s needs.

Meanwhile, if you think one GB of data is enough for your consumption, you can get the Pocket WiFi Korea LTE – WiFi Egg Korea LTE which is perfect for travelers who only consume 125 MB on data per day. Like the unlimited data plan, it allows you to use the device nationwide. It’s cheaper than the WiFi Egg Korea Unlimited as it only amounts to 5.99 per day. However, extra fee for every additional MB you use is at 0.02 USD.

If you are staying in Seoul and do not have plans to explore other provinces in South Korea, you can get yourself a Pocket WIFi Seoul – WiFi Egg Seoul. The coverage of this device, however, is poor in Myeongdong, Dongdaemun, and Gangnam that it is advisable to rent the LTE model instead. Although it’s cheaper, at only 3.99 USD, it’s also slower at only 10 mbps.

So, for an avid internet user like me, I recommend getting the unlimited data plan. It will save you from worrying about your data consumption every day.

#3 Pocket WiFi Korea Does Not Die On You — Best Thing About It, to be honest!

One thing I was really surprised about Pocket WiFi Korea is its battery life. We used the device to go around places, keeping it on throughout the duration of our daily exploration, but quite surprisingly, it never died on us while we were out of our hotel room.

It even went beyond the battery life stated on the website which is five to seven hours on a single full charge. Instead, it remained in service for eight to nine hours on a single full charge. We only charged it once while we were out in the whole seven-day trip simply because we did fully charge it the night before. One more thing, it charges fast.

#4 It Comes with a Powerbank!

Powerbank has become a staple device on our bags and Pocket WiFi Korea knows the struggle of keeping our devices charged. Although we never actually used the powerbank that comes with the wifi package — yes, unlimited and LTE plans include a powerbank — I loved having the assurance that I got a powerbank to charge my pocket wifi with.

Although I have a personal powerbank with me, I liked that I did not need to worry about splitting the charge of my powerbank between my phone a pocket wifi because the latter has its own.

#5 It Connects Up to Five Devices!

If you are traveling as a group, I strongly advise getting a pocket wifi instead of a sim card as it is more cost-effective especially if you are going to stick together the whole time. With Pocket WiFi Korea, you can connect up to five devices simultaneously!

During our trip, my friend and I shared one pocket wifi and we never experienced a problem with the connection although we used it at the same time and at times, with heavy usage each.

Pocket WiFi Korea is compact with dimensions at 10 X 6 X 1 centimeters. It only weighs 89 grams. It’s pretty lightweight and does not consume much of bag space which is essential when you travel. The only problem with it being compact is it’s actually difficult to fish out from the bag at the end of the day.

Having arrived at Incheon Airport, our pick-up point was at the third floor (departure hall) of Terminal 1. It’s near Check-In Counters B and C. It’s actually easy to spot because of the PLAYWiFi logo. We also returned the pocket wifi at the same counter.

You can also pick-up and return the device at Incheon Airport Terminal 2 at Gate 6 on the first floor. Just look for the PLAYWiFi booth. Meanwhile, for those arriving at Gimhae Airport, the PLAYWiFi booth is situated at the International Terminal, between gates 3 and 4. For Gimpo Airport, the booth is found at the departure hall on the third floor, in front of 711.

How to Rent Pocket WiFi Korea: 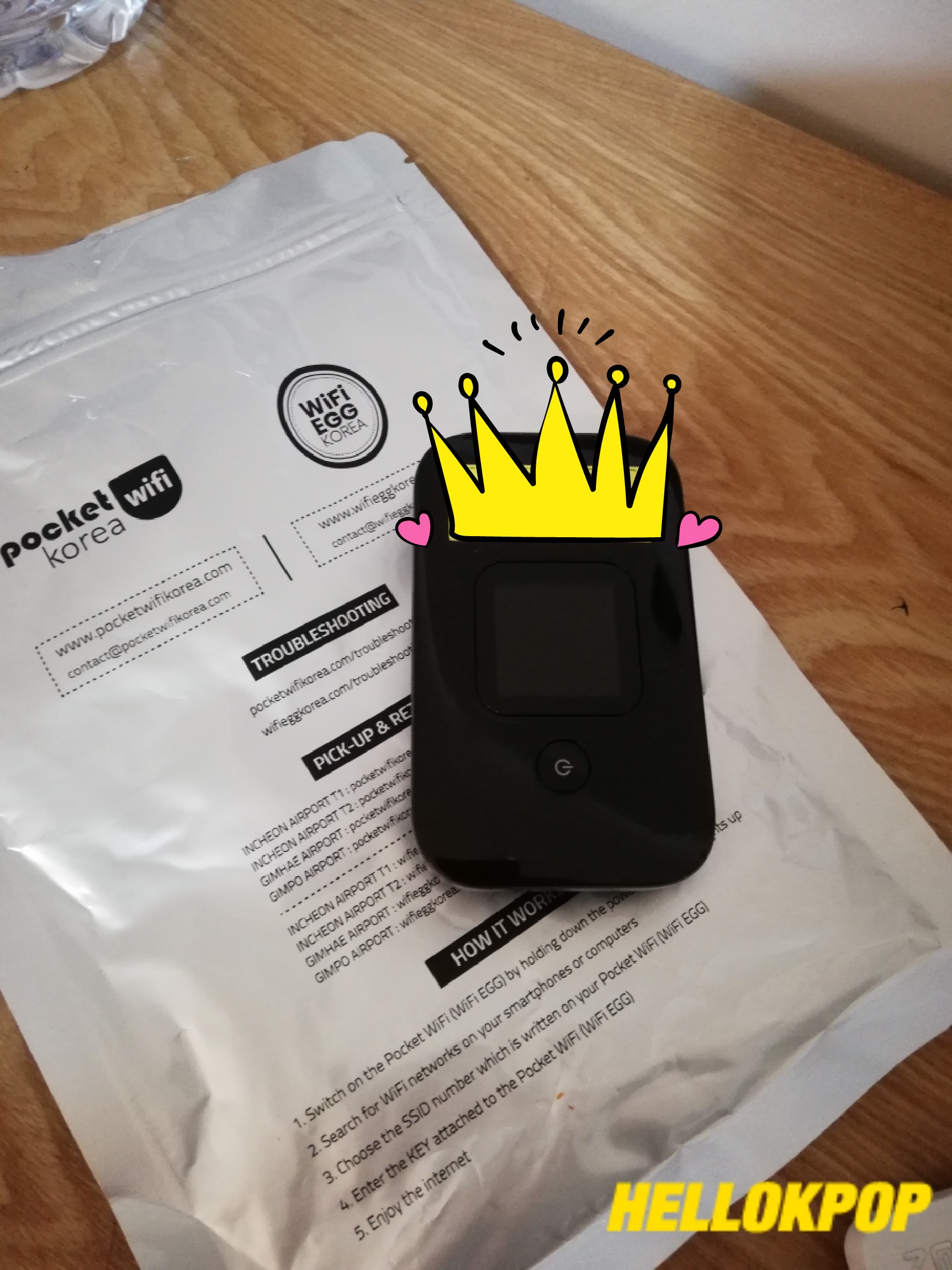 For my next visit to South Korea, expect me to brag about Pocket WiFi Korea again *wink. Planning your trip to the Land of the Morning Calm? Book a reliable pocket wifi here.