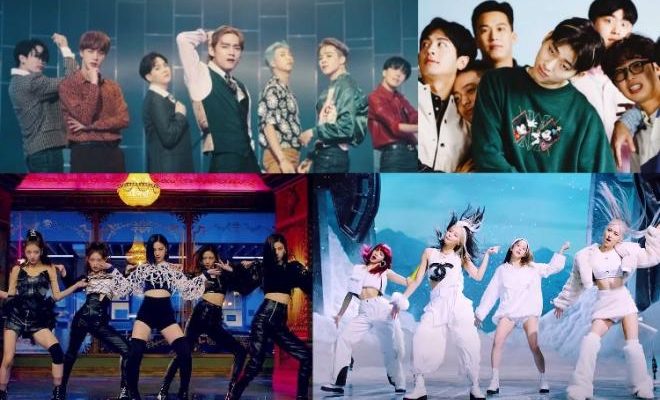 It’s time to recognize the most popular music videos this year!

The year 2020 has been filled with a lot of stunning comebacks from numerous Korean acts. While there are thousands of songs released this year, only a few tracks have garnered massive love and attention from fans.

To wrap up this year, YouTube recently revealed the list of most loved music videos among Koreans. The ranking only includes music videos uploaded on YouTube in 2020. It’s solely determined by views of YouTube users in Korea. The data collection happened from January 1 to November 15.

Taking the top spot is BTS’ record-breaking bop “Dynamite”. It impressively recorded 111.1 million views within 24 hours after its first release on YouTube in August. The track also made history as it topped the Billboard’s famous Hot 100 chart.

Coming in at second place is Zico’s addictive track “Any Song”. The well-loved idol opened the year with a bang as the said track scored the first-ever perfect all-kill status in 2020.

BTS took the third spot with “‘ON’ Kinetic Manifesto Film: Come Prima”. The music video reached the 100-million mark on YouTube in just less than a week after its successful worldwide release.

BLACKPINK obtained the fourth place with their charismatic music video for “How You Like That”. The release of the said track marked the highly-awaited return of the femme fatale quartet.

Grabbing the No.5 spot is IU’s music video for “eight” – a masterpiece collaboration with BTS’ Suga who featured and produced the track. Quickly after its release, it soared to the top of various local and international music charts.

Cue in the signature shoulder dance moves of ITZY! The quintet takes the 6th place with their catchy and captivating music video for “WANNABE”.

Taking not just the K-drama land but also the Korean music scene by storm, Jo Jung Suk’s “Aloha” music video received a lot of love from fans. It is part of the official soundtrack of the hit tvN drama titled Hospital Playlist.

Entering the list as the only trot artist, Na Hoon Ah bagged the 8th place with his “Tes Hyung” music video. The song even led him to score the top spot of the brand reputation rankings for October.

The next music video is another one by BLACKPINK, “Lovesick Girls”. It is the title track of their first full album THE ALBUM.

Oh My Girl acquired No.10 through their bright and whimsical music video for “Nonstop”. The track rose on various domestic charts immediately after its release.