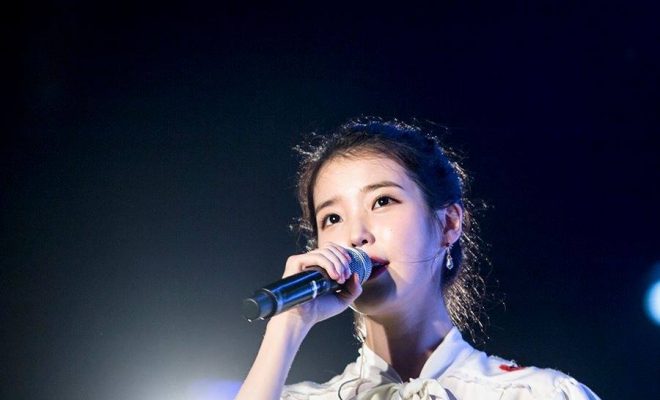 As one of South Korea’s top artist, IU has been enjoying the fruits of her hard work in aspiring to create stunning music of her own, and sharing it to her faithful fans.

After releasing chart-topping songs, selling out her concert tours, and winning various music awards, IU did not stop in improving her craft, as well as, expanding her artistry by notching remarkable roles as an actress.

On her tenth year since her debut, IU knows best to make it special for UAENAs by dropping another hit single “Bbi Bbi”, along with an anniversary local and Asian tour.

The actress is scheduled to host three city concerts in South Korea before extending it to greet her fans in Taipei, Bangkok, Hong Kong and Singapore.

READ: IU To Make Her Debut Concert In Singapore In December

Today we look back on IU’s 10 career defining songs, which not only propelled her to stardom, but also showcased her boundless direction in magnifying her musical artistry. 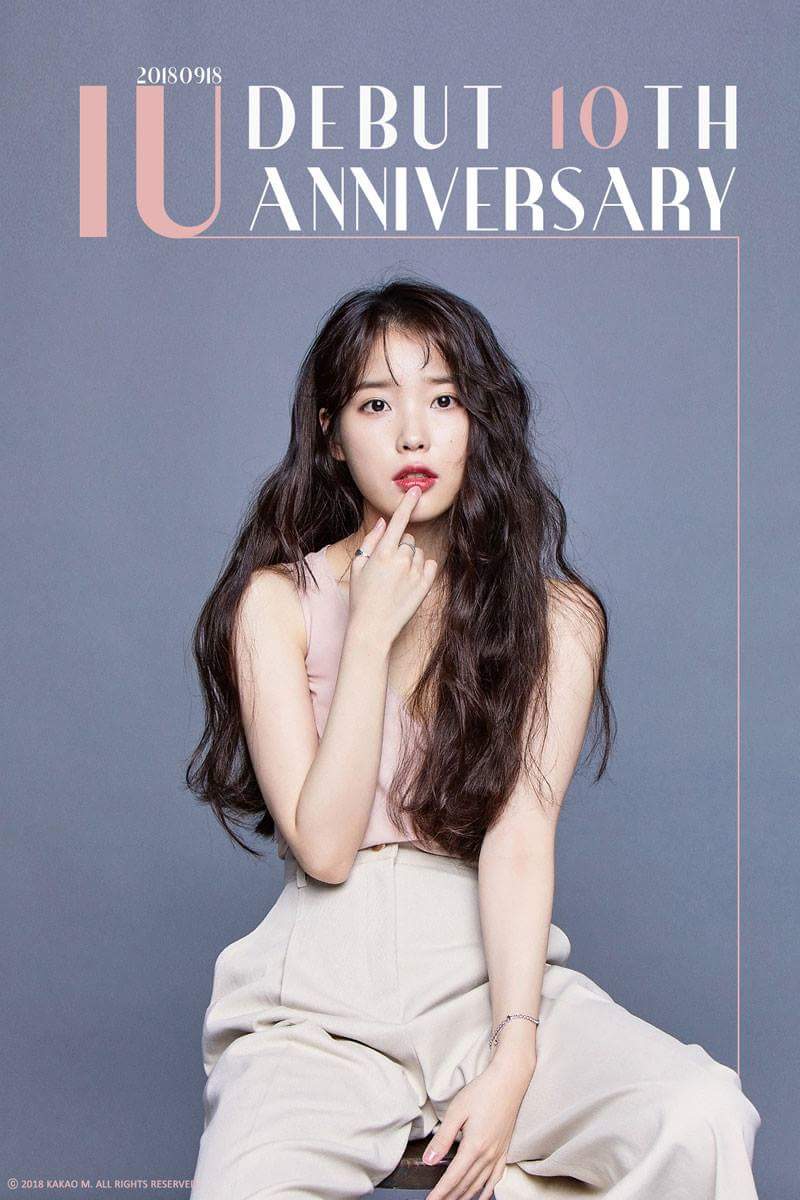 Lee Ji Eun took the stage name IU when she debuted in 2007 with Lost and Found. Consisting of five tracks, then 15-year-old IU announced her presence by powering a sentimental ballad that tells about an anguished and hopeless plea of longing to have someone back in your arms.

Brimming with potentials, her debut single, “Lost Child” shows the sentimental layer of her voice; a unique quality that she continuously nurtured and experimented to fit in her distinct musicality.

Intent to pursue her dream of becoming a singer, IU showcased bop tunes befitting of her age in Marshmallow, a collaboration with now popular rapper Zico.

The pure and girly image playing with lively beats ultimately found her niche that would be realized in the succeeding music records bound to escalate her to stardom.

One of the best-selling solo artists in her home country, she continued to build her reputation through the releases of albums Growing Up and IU…IM.

In 2010, the release of her EP Real proved that third time is a charm for the songstress, who reached unprecedented popularity through her single, “Good Day”. The album peaked at second spot on Gaon Music Charts.

The famous three high notes and addictive beat of the song draws any listener to a bright mood, justifying a streak of accolades IU received as an artist in music awards that same year.

The pressure to sustain her magic was inevitable after her successful 2010 run. Then 18-year-old IU rose to the occasion with her second studio album Last Fantasy, and scored another hit song with “You and I”.

From energetic songs, IU challenged her creativity through her CD single, “Peach”. Playing on acoustic tones, IU let her voice glided in a soothing yet subtle playful runs complementing the message of the song. That is, the overwhelming attraction felt towards someone.

“Peach” was significant to IU’s music journey – not only because of the variation from the bubblegum music which propelled her popularity, but also because it was her third self-composed track, and the one that gave a peek to how she would progress as a singer-songwriter.

Read: 10 Years With IU: From Humble Beginnings to Unstoppable Success

With the thriving music industry she belongs to, constant reinvention for artists like herself is inevitable. She rose to the challenge and surprised everyone with her third full-length album Modern Times, which marked a new beginning to her future explorations as a musician.

That was emphasized with the release of “Red Shoes”. Intricately done with jazz beats and big band sound, the track itself sounds like a musical production of its own. IU’s vocal range swings to the whimsical choruses, which does not overwhelm.

“Red Shoes” highlighted how IU could work her voice to suit different music genres; a feat considered remarkable for her age.

In 2014, IU celebrated her birthday with her first cover mini album, A Flower Bookmark. Paying homage to popular K-Pop songs of the 80’s and 90’s, the EP warrants a relaxing mood through its wistful tunes. Moreover, it has scored local and overseas recognition.

The songstress collaborated with veteran artist Kim Chang Wan,  with a beautiful duet of the latter’s defunct band Sanulrim hit song. “The Meaning of You” was first heard in 1984. IU and Kim’s tweaked version enjoyed immense success, selling out over 2 million digital copies and topping Gallup Korea’s song of the year.

While the singer has done a few projects with fellow K-Pop artists, the blending of their voices takes the listener to a trip down to a nostalgic memory. It also highlights IU’s respect to K-Pop icons like Kim, who has shaped her perspective and rhythm as a musician while growing up.

Chat-shire marked IU’s first self-produced album, with all tracks penned by her and half of the music for the seven tracks she also contributed as well. Her fourth extended play delved on her inner thoughts as she transitioned from youth to being an adult.

One of 2017’s definitive K-Pop song releases, “Through the Night” validated IU’s prowess as a songwriter. Powered by her emotional vocal runs which flows on top of the guitar melody, the bare and heartfelt sound makes the listener awash to a poignant moment, while ruminating and yearning to be with someone dear in his heart.

Fast forward to two years since her young adult dilemmas, IU confidently emancipated herself from her woes and fears as a woman, which was captured in her 16th Gaon Digital Chart No.1 single – “Palette”.

“Palette” was featured in New York Times as one of the songs where music will be going to.

K-Pop icon G-Dragon lent some rap swags to this rhythmic track, which embraces the message of how we can be truly happy on our own through self-discovery.

A long list of remarkable songs has made IU an irreplaceable K-Pop artist, who is not afraid to celebrate her craft. She envelops warmth and unwavering love of her fans in sealing extraordinary touches that inspire her music.

The singer-actress is currently celebrating her 10th anniversary through domestic and overseas concert tours. A night of sweet tunes and stunning performances will be gifted by IU to her Singapore fans.

Watch her live at her 10th Anniversary Tour Concert <이지금 dlwlrma> on the 15th of December at The Star Theatre, The Star Performing Arts Centre!

Read also: What You Can Expect From IU’s 10th Anniversary Tour In Singapore 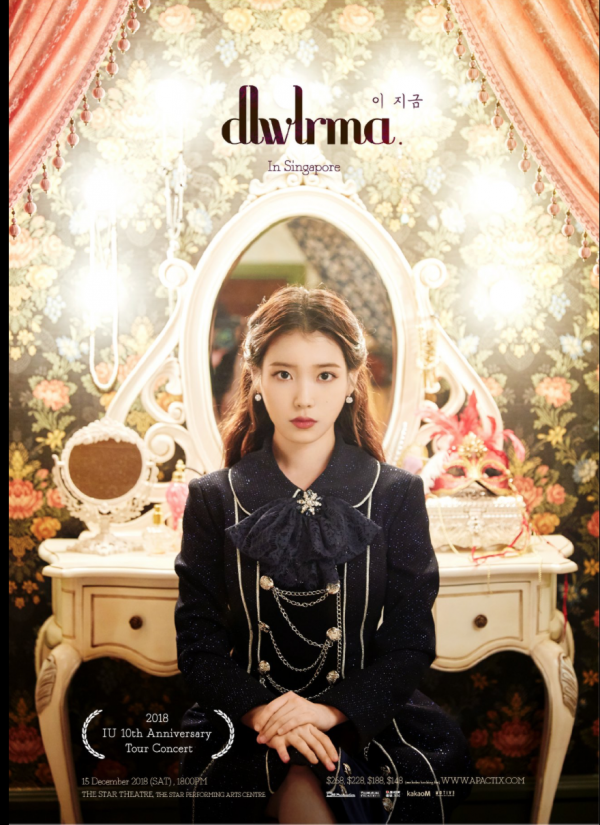 She is fond of Kang Daniel, GOT7, EXO, IU, Eric Nam, and Red Velvet.