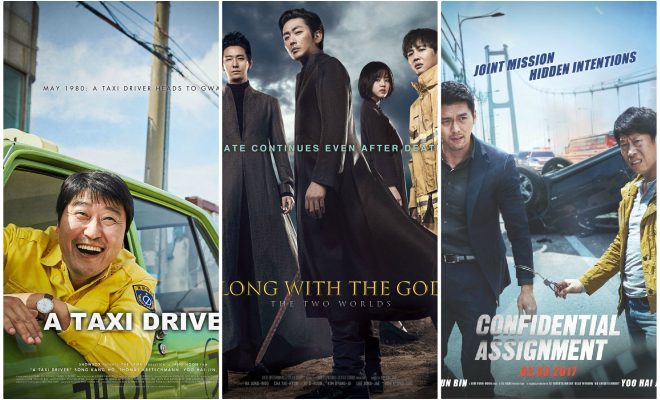 We present you the South Korean films in 2017, which amassed impressive admission sales through the ingenious narratives pictured on the big screen. 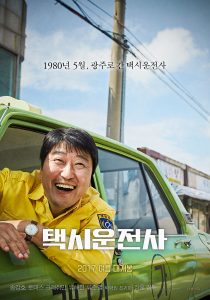 Based on the events of 1980 Gwangju uprising, the film narrates the story of a cab driver, who becomes an accidental hero alongside a journalist on a mission to uncover the government’s quelling over democracy fighters in the southwest region of Korean peninsula.

2. Along With The Gods: The Two Worlds 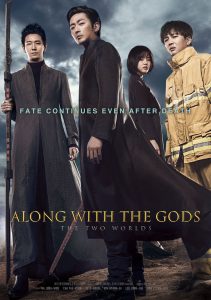 Along With The Gods is based on a webtoon about a salary man who died, and is accompanied to the underworld by afterlife guardians. The film adaptation takes the story of a firefighter who passes away unexpectedly. He is escorted by three grim reapers, who defend him in 49 days on 7 trials that would determine if he is able to reincarnate. 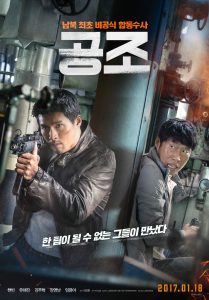 An elite North Korean detective is given three days to put a collar on a rogue officer, who stole master plates that can be used to mass-produce fake dollar notes. He teams up with a South Korean detective to pin down the runaway officer. 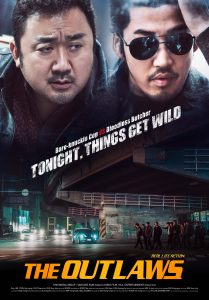 A fearless police detective is summoned to end a neighborhood territory war between Korean and Chinese gangs. 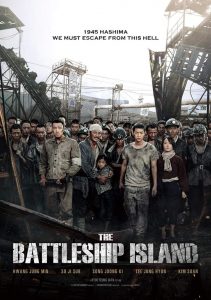 Derived from World War II chronicles, The Battleship Island explores the harsh condition of Koreans who were compelled to serve the Japanese Regime as slaves based on the history. It also narrates the fiery prison break they attempted from the underground coal mine located in a detached island of Hashima. 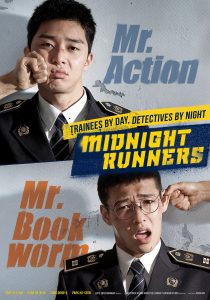 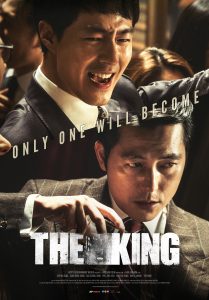 On a goal to yield power, a man works hard to become a prosecutor. He joins an elite group of rich and powerful prosecutors, but he is soon confronted its cruel reality. 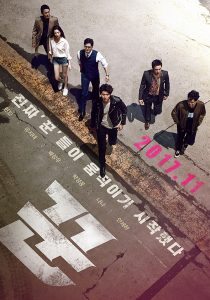 A con artist (Hyun Bin) orchestrates a grand plan to avenge the death of his father, who got involved in a political power play. 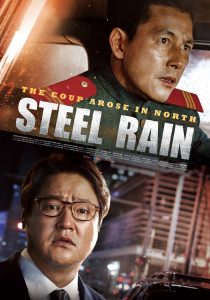 A joint mission for a North Korean intelligence officer and South Korean secret services agent is set to avert a nuclear war outbreak in the Korean peninsula. 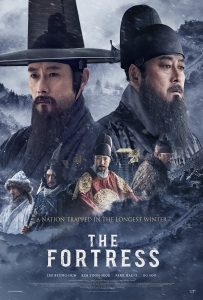 King Injo and his loyal retainers hide in a fortress while leaders of political factions are in dispute on whether to fight Qing dynasty or not.

It was indeed a great year for South Korean film industry in 2017. We look forward and wish for an auspicious New Year in 2018!