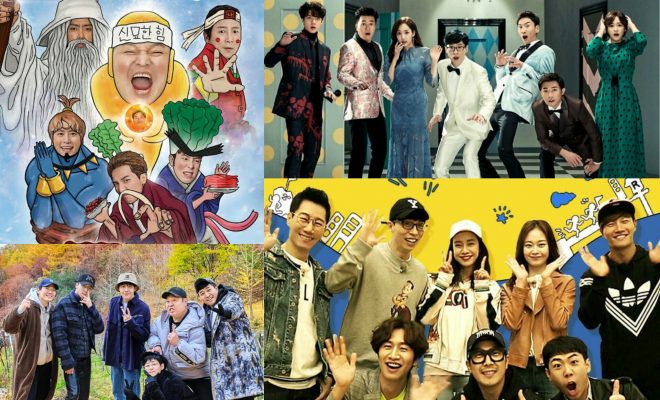 10 Variety Shows To Binge-Watch While You’re in Lockdown

When in lockdown, Korean variety shows are proven to help banish boredom to faraway lands.

Temporary self-quarantine is for the best of us in the midst of the recent pandemic. Instead of sitting around and worrying all day, we should keep calm and ultimately find ways to entertain ourselves in order to fight off the mundanity.

You could rearrange all your furniture, play all your favorite songs on loop, and binge-watch the greatest K-Dramas, but your entertainment experience wouldn’t be complete without Korean variety shows that explore the world of crazy challenges and hilarious antics.

That’s why we’ve rounded up the funniest and most entertaining K-Variety shows here just for you. Are you guys ready for some laughs? 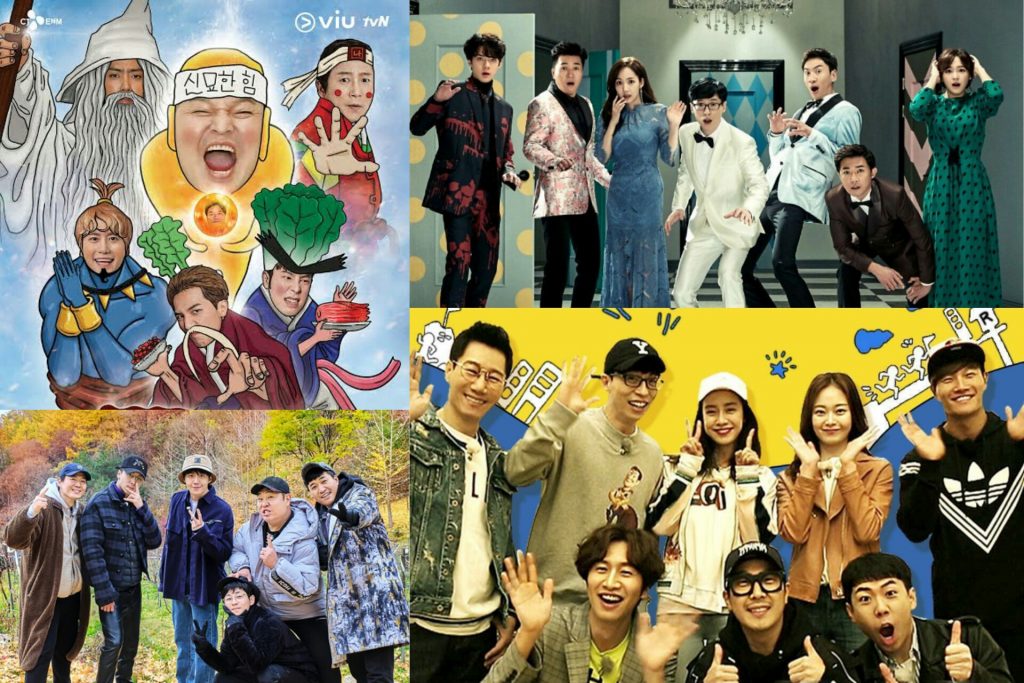 Join the quirky cast of this hilarious show as they traverse Korea and explore new adventures for, well, two days and one night at a time. If you’re a fan of Yoon Si Yoon, Kim Jong Min, or Cha Tae Hyun, then you’ll have a blast while laughing at their never-ending hits and misfires.

#2 The King of Masked Singer

This isn’t your run-of-the-mill singing competition. The rules are simple, the show guests a celebrity who will perform a song number while clad in an elaborate disguise. The tricky part lies with the judges, as they are tasked to unravel the identity of the mysterious masked singer.

This adventure-filled comedy show aired in 2013, and followed seven of Korea’s biggest stars as they scoured around Asia to complete outlandish tasks. Relish in this throwback show as Yoon Si Yoon, Uee, Lee Eunhyuk, Kim Hyun Joong, Kang Ho Dong, Yoon Jong Shin, and Eun Ji Won brave each challenge head-on. Better prepare to laugh ’till your cheeks hurt, because these artists are fearlessly and candidly themselves.

#4 The Return of Superman

The unconventional objective of this variety show centers around a day in the life of celebrity dads and their kids. Aside from being funny, you can expect some serious doses of cuteness from this family-oriented program.

Try not to laugh while watching the cast follow athletes or actors in order to learn about their craft. Regardless of the pranks and antics, All the Butlers always succeeds in conveying a piece of wisdom to its viewers.

Better go put on your detective hats, because Busted! is one big mystery. Each episode features a fresh new enigma for the cast members to solve. This show will keep you on the edge of your seat, biting your nails, and pointing fingers as you wonder, “who did it?”

#7 New Journey to the West

New Journey to the West is a cross between Dragon Ball Z and 2 Days 1 Night. The goal is to collect seven wish-granting dragon balls while traveling throughout China and Vietnam. With all the pranks and games in between, this one is guaranteed to make you smile from ear to ear.

If you’re looking for a burst of inspiration, you definitely need to watch every episode of Sister’s Slam Dunk. The wonderful women on this show have one goal to reach: Achieving their dreams! Wanna establish your own restaurant or debut in a girl group? Do it on this show!

This is likely one of the most popular variety shows in the Hallyu wave so far. In each episode, the cast members are assigned different outrageous missions, such as busting out of prison. To make it even more diverse, Running Man frequently guests Hollywood stars like Jackie Chan and Tom Cruise as well.

The laws of this jungle-themed documentary show are simple: Guest a celebrity, fling them to a remote area somewhere on the planet, and see if they’ll survive.

Hellokpop, as an independent Korean entertainment news website (without influence from any agency or corporation), we need your support! If you have enjoyed our work, consider to support us with a one-time or recurring donation from as low as US$5 to keep our site going! Donate securely below via Stripe, Paypal, Apple Pay or Google Wallet.
FacebookTwitter
SubscribeGoogleWhatsappPinterestDiggRedditStumbleuponVkWeiboPocketTumblrMailMeneameOdnoklassniki
Related Items2 days & 1 nightlaw of the jungleRunning Manvariety shows
← Previous Story Yoon Eun Hye To Share Stories As Guest On MBC’s “Radio Star”
Next Story → BTS Joins The Stellar Lineup For “Homefest: James Corden’s Late Late Show Special”