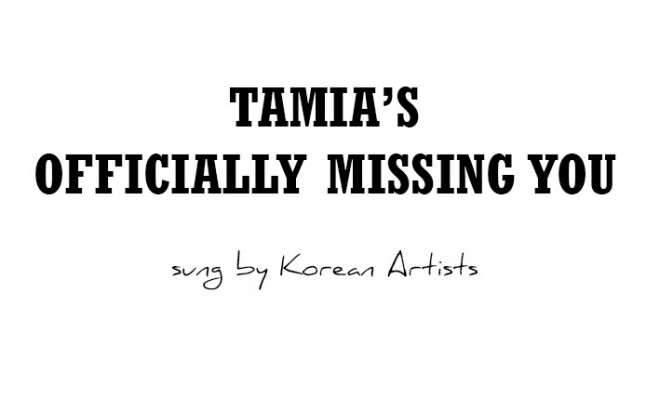 21 Covers of Tamia’s Officially Missing You By Korean Artists

Officially Missing You is definitely one of the English songs most covered by Korean artists!

Officially Missing You was released by Canadian singer, Tamia, in 2004. In recent years, this ballad song has become a hit in the Korean music industry. There are different remake versions of this original track: for instance with lyrics in Korean, widely used in singing competition, and as a cover.

Here we have compiled all the Officially Missing You videos sung by Korean artists. Let us know if we missed out any from your favourite artists:

Then they did a second story, Officially Missing You, Too featuring SISTAR‘s Soyou, with Tamia’s original song along with GEEK’s new intro.

Video may not made available in some countries, this is the alternative link

6.  No Mercy‘s 5JANGNAM ( survivors of the show set to debut as MONSTA X under Starship Entertainment)

Which rendition is your favorite?