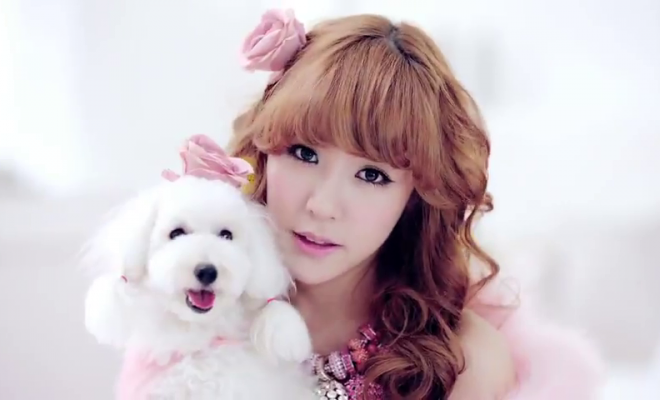 5 Kpop Idols And Their Adorable Canines

By Community | May 3, 2015
91
SHARES
FacebookTwitter
SubscribeGoogleWhatsappPinterestDiggRedditStumbleuponVkWeiboPocketTumblrMailMeneameOdnoklassniki

Are you a dog lover? Then be prepared to squeal with these aww-dorable pets of Kpop idols. These idols make sure to pamper their pets as much as they do themselves. These furbabies have gained popularity due to being present in their owners’ social media accounts. Some of them have made cameo appearances in music videos, pictorials and television shows.

Let’s have a look at 5 Kpop idols with their adorable pets: 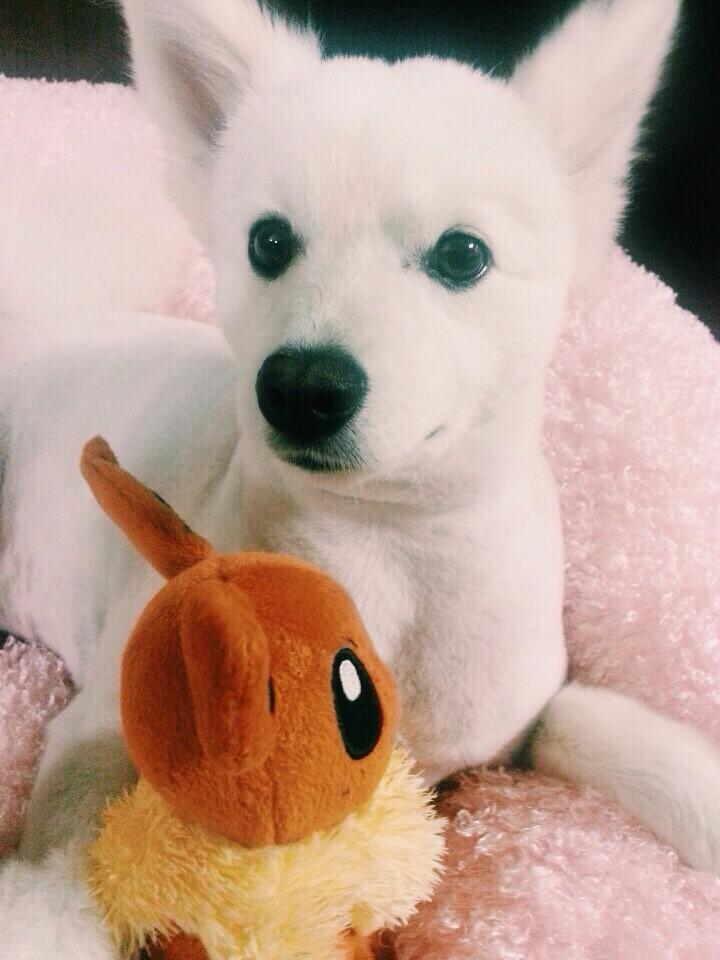 Looks like someone can’t stop cuddling his dog and in this case, it’s Rap Monster (BTS). Rap Monster’s dog is named Rapmon! Looks like Rapmon is more conservative, while his master isn’t afraid to show his affection. Rap Monster surely spoils his pup with lots of attention. 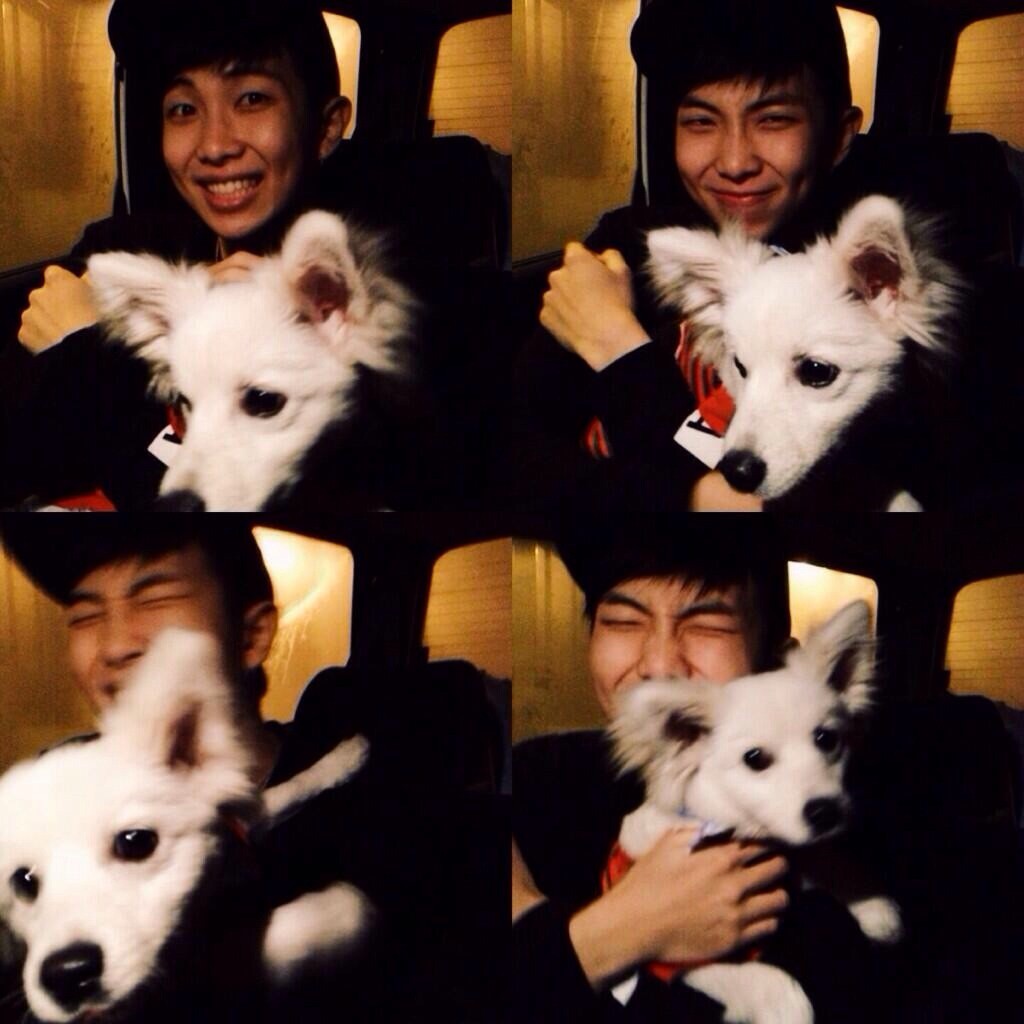 Dad, what are you doing? Source: bangtanpets.tumblr.com 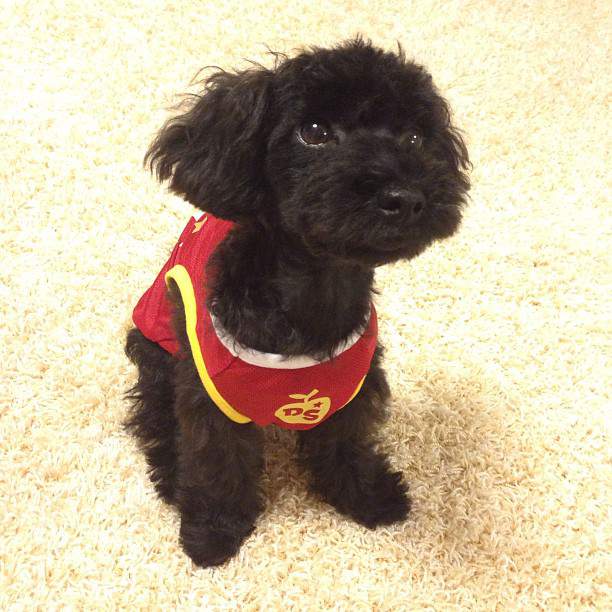 SNSD’s leader is a doggie parent. Taeyeon‘s baby is a black miniature poodle named Ginger. She just adores Ginger. She is very affectionate towards him, often taking selcas kissing him and dressing him up in cute costumes. She even celebrated her pup’s first birthday! She updates both her and Ginger’s fans on her Instagram. Some of her fans call her Instagram a “dogstagram” since she posts a lot about Ginger. 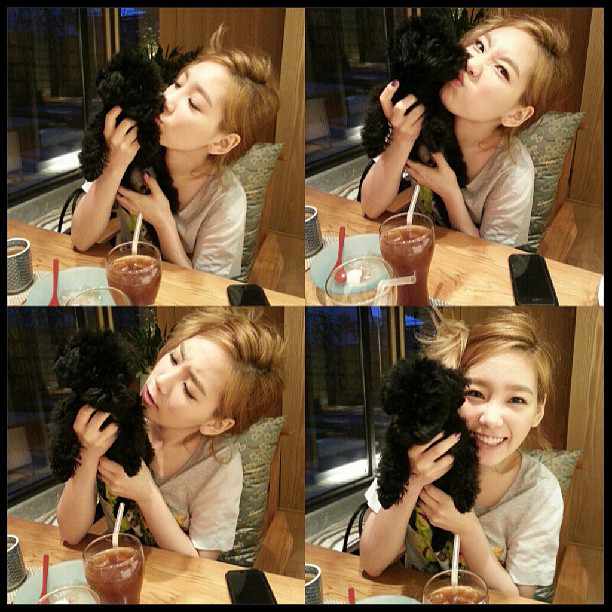 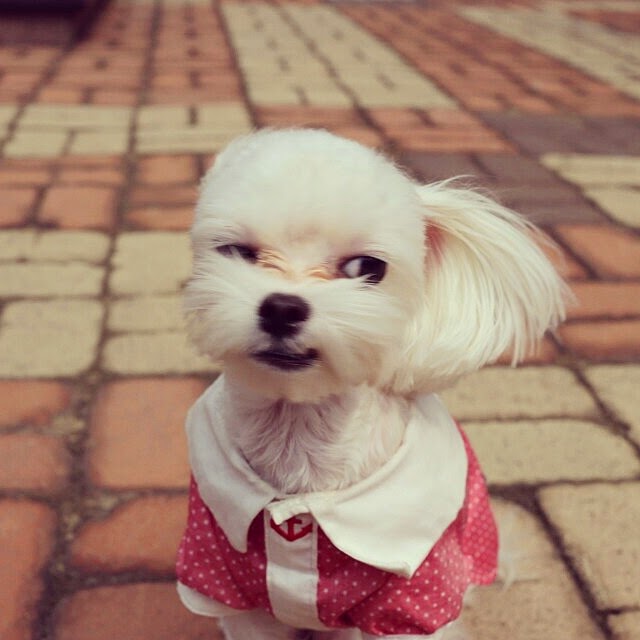 Before Nichkhun, SNSD’s Tiffany already had a Prince  in her life in the form of a cute, white pup. Prince Fluffy graced the pages of OhBoy! magazine along with his pretty mom this February. Prince made his first appearance in Ceci magazine, where Tiffany introduced him to the readers. 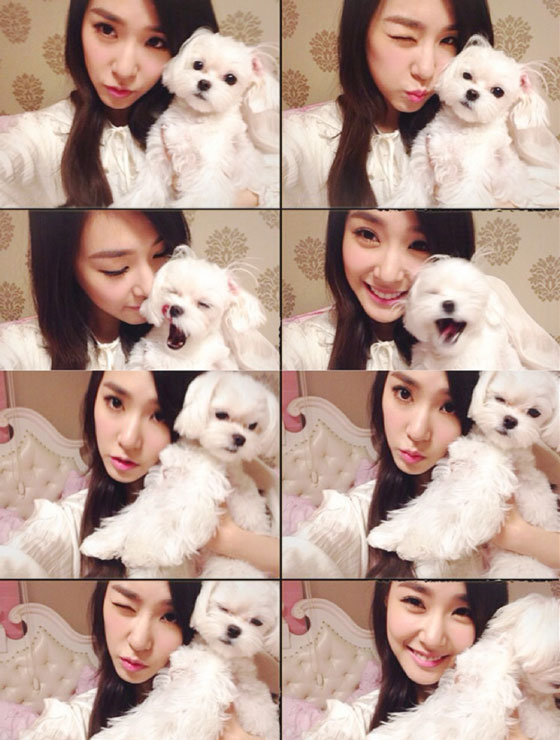 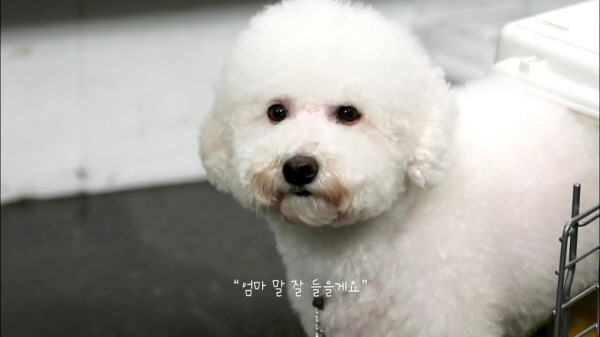 Look at that round face! Source: blog.cjenm.com

Kara’s Hara’s Poodle pup shares the same passion for modeling as her. It looks like he just got out of the doggy spa with that perfectly trimmed face and those chocolate paws. Pang also shared the spotlight with his owner in First Look magazine. Hara trained Pang to be a well behaved pup and to not be too excited in front of food. They also appeared in a show called Petorialist, where Pang showcased some of his tricks. 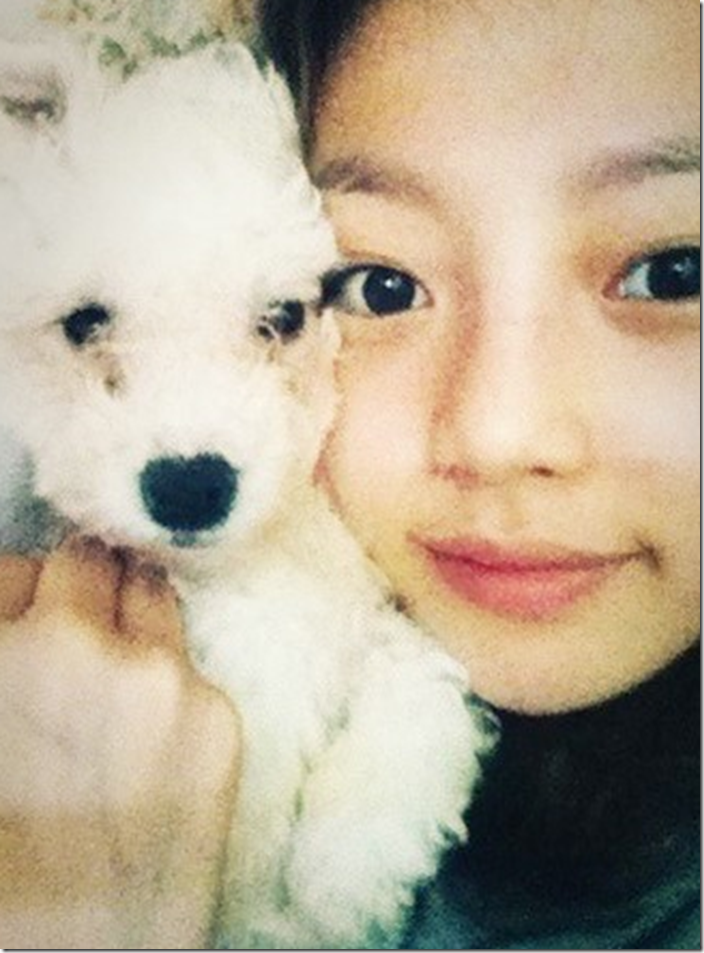 Pang knows how to pose for a selca. Source: www.kofan.com 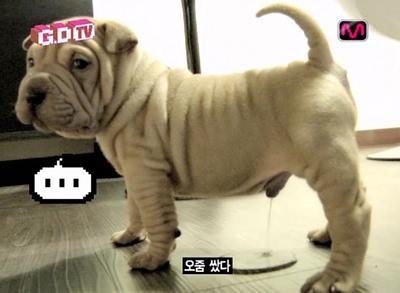 Looks like Pang can teach Gaho some manners. Source: ohkpop.com

BIGBANG‘s G-Dragon’s wrinkly pup Gaho is a Sharpei: well known for their adorable and super wrinkly appearance. He made an appearance in the GD&TOP music video and we see him cuddling with his dad while on GD TV. He was best friends with Taeyang’s pup Boss (R.I.P. Boss). He has a sister named Jolie.  Both Gaho and Jolie are all grown up now! 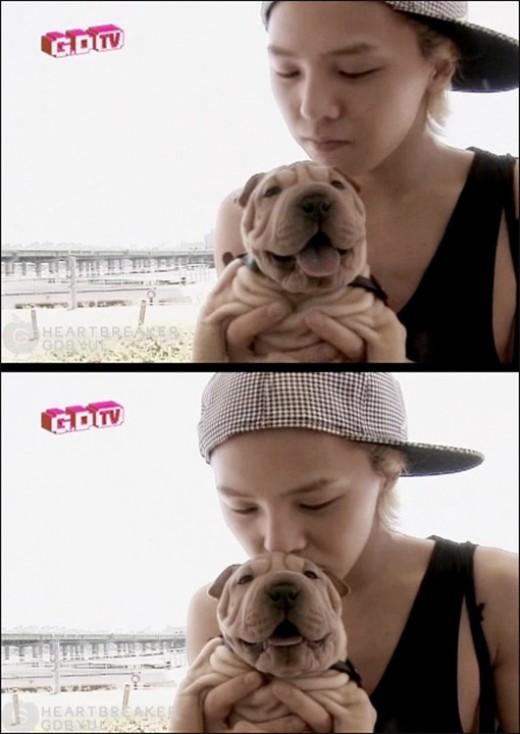 Looking at them interact with their pets makes my heart melt. Does your bias have a pet?