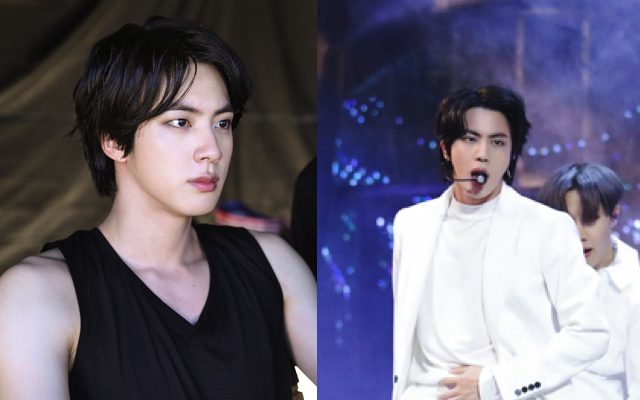 Kim Seok Jin of BTS is a talented performer, a witty joker, and most importantly … He’s Worldwide Handsome.

Jin rose to stardom when BTS debuted in 2013, and their fanbase just grew exponentially as the seven-strong took over the world with their international debut in 2017. Topping the charts with hits like “No More Dream”, “Boy With Luv”, “Mikrokosmos”, and “On”, BTS is giving Hollywood a run for their money. ARMYs can attest that as once you witness the cosmic artistry of the powerhouse group, there’s no turning back. 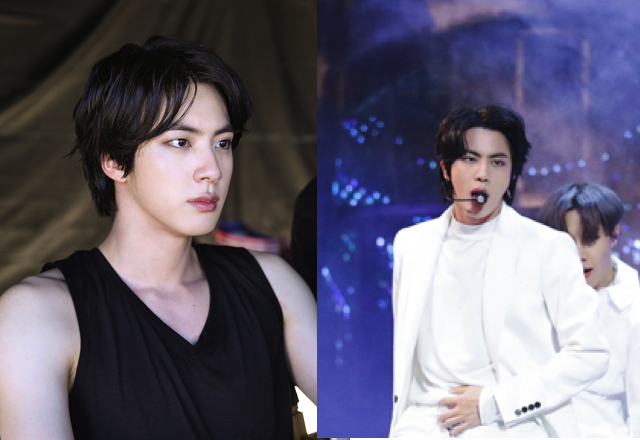 Fans of Jin are already too familiar with his famous catchphrase, “I’m WWH, worldwide handsome, you know.” Literally every interview he’s ever done includes this line that effectively elicits cheers from the audience. No matter how repetitive it gets, we have to admit that it never gets old.

Jin’s carefree and bizarre personality is the crowning glory to his already overflowing charm, which makes him a breath of fresh air in a world full of systematic norms. Now, since he’s made it a habit to unapologetically praise his own beauty in public, we’ve come up with reasons as to why we have to agree with him.

Here are seven reasons why Jin had it right all along. Get on your feet, ARMY, because beauty of this proportion deserves a standing ovation. 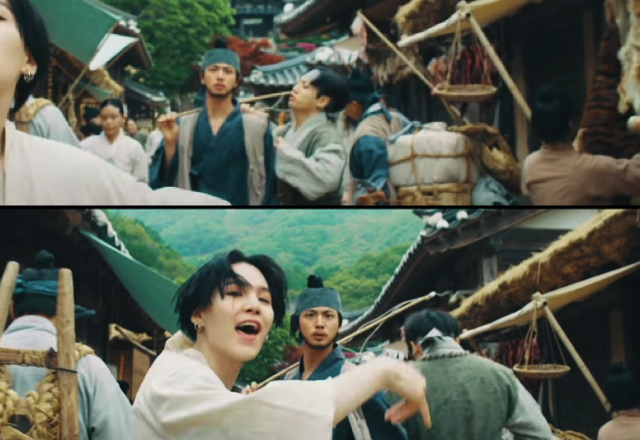 Suga broke the internet when he released “Daechwita” on May 22. The lyrics are powerful and the music is extraordinary, as the rapper gave his fans a glimpse into a world where modern-day rebels take down a tyrannical king.

Little did we know that the group’s hyung and maknae were there to make a surprise cameo. Jin dressed the part and even stepped it up with a fake beard and mustache.

Frankly, only a true BTS fan would’ve spotted his worldwide handsome face under that clever disguise. To top it off, Jin even took a faux beating from Jung Kook in the music video, all for the love of Suga! If that’s not what a supportive friend is like, then we don’t know what is.

Jin’s unique voice quality is a dulcet melody during snowfall at twilight. His vocals are akin to the soft touches of pink intertwining with deep purple clouds in the sleepy sky. His solo songs, such as “Awake” and “Epiphany”, carry deep-rooted meanings of self-love and relentlessness that can inspire anyone to never give up.

The songs are ideal platforms for Jin to showcase his talent as a powerful balladeer. Aside from crooning his way to the top of the charts, the heartthrob also plays guitar and piano.

Being seven boys all living under one roof without their mothers’ direct guidance can be tough. Lucky for BTS, they’ve got the next best thing: Kim Seok Jin! He may be a guy, but his maternal instincts often shine through. Being the best cook among the members, Jin is frequently seen in the kitchen, cooking for the others.

During one episode of American Hustle Life, there was an adorable part where Jin made breakfast and fed all the members as they gathered around him like baby birds. If fans recall, he even lightly blew on the dish first before feeding it to Jimin. (Aww.) 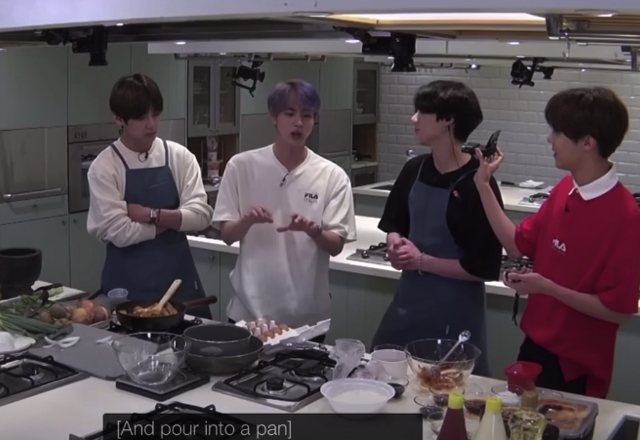 Another instance would have to be episode 102 of their reality show, Run BTS, wherein Jin, V, and Jung Kook were working as a team to prepare a dish. There was a catch, though: only V and Jung Kook would prepare the dish while listening to instructions from Jin via walkie talkie. While it was a hilarious sight to see the duo making a chaotic mess in the kitchen, Jin was swift to run in to save the day.

Don’t even get us started on the times when he tells the members to use serving spoons when eating or when he bought wet wipes for RM, because he constantly drops things on the floor. Now, where would they be without the love of their hyung? 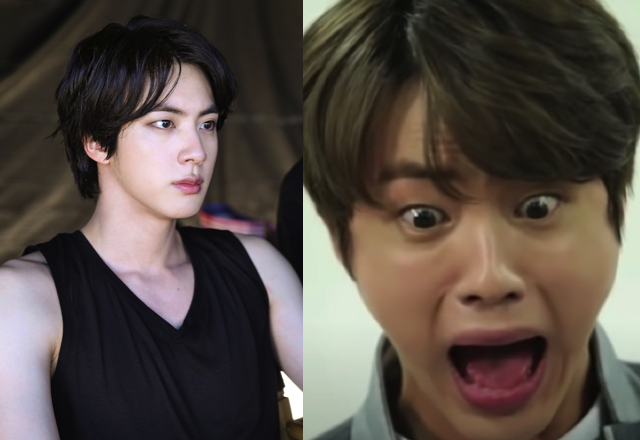 Jin is a remarkable singer and dedicated performer who knows how to break the silence whenever he steps on stage. It’s already a given that he possesses awe-inspiring star factor, but the one element that has truly captured hearts everywhere is his endearing duality.

It takes a special kind of charisma to be able to go from a fierce performer during concerts to a lighthearted funny man off stage. Actually, he even expresses his quirky side during their reality shows in the most fearless way possible. He never fails to inject some humor into everything he does. Plus, he always sends people into bellyaching fits of laughter with his never-ending dad jokes. 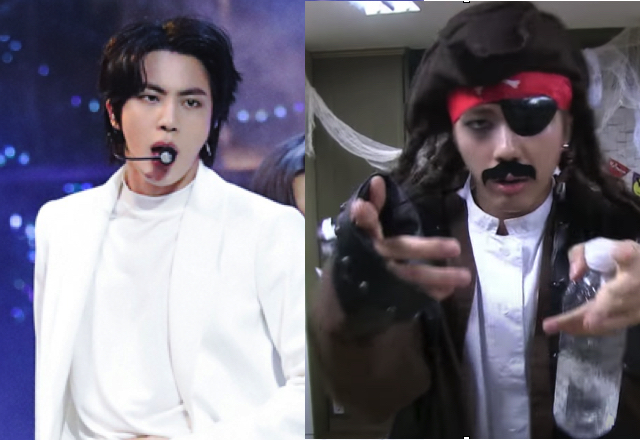 Simply put, Jin can go from “I’m so sick of this fake love..” to “what did the dog say to the wall?” real quick. Only a genuine worldwide handsome can serve up this magnitude of duality. *Cue the windshield wiper laugh.*

For item number 5, we present you with more proof of Jin’s internationally recognized handsomeness and the origin of the iconic “worldwide handsome” nickname. The BTS vocalist went viral for the first time when he arrived at the 2015 MelOn Music Awards. Immediately after stepping out of his vehicle, he captivated onlookers with his princely aesthetic. From that moment on, he has earned the nickname, “Car Door Guy”.
Two years later, Jin broke international beauty standards again at the 2017 Billboard Music Awards, when everyone just had to know the name of the “Third One From The Left”.

#6 He Contributes to Charity 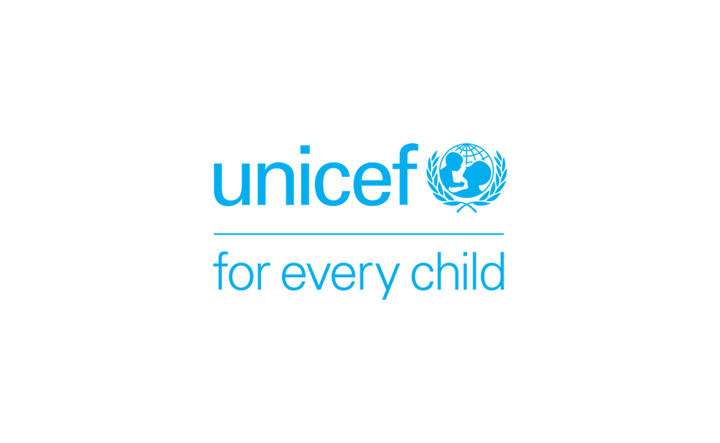 In May 2019, Jin became a member of the UNICEF Korea’s Honors Club, which is a prestigious group of donors who have contributed at least one hundred million Won to the cause. The feat took everyone by surprise, as the singer has been supporting UNICEF under the radar.

The situation can change just like that, between gentle 😇 and cranky 😈 #RJ #Gentlesoul #DJ #Cranky #Help #RK #ChildhoodMemories #BT21

Okay, it’s safe to assume that we can universally agree that RJ is one of the main reasons why we love Jin. The kind alpaca adds more emphasis to Jin’s handsome flair. We mean, why wouldn’t he? You’ll rarely see the singer without his cotton ball of a son, and now they’re inseparable. The K-pop star definitely did a great job at designing his character for BT21.

In a previous feature, we mentioned that V’s pet pomeranian, Yeontan, is the 8th member of BTS, but it looks like he’s found some competition in the cuteness of RJ!

So there you have it. There’s just no denying the facts. Jin of BTS is worldwide handsome, not just because of his face, but because of his sweet, funny, talented, and generous side that spills over; and that’s what it truly takes to be a star.

Hellokpop, as an independent Korean entertainment news website (without influence from any agency or corporation), we need your support! If you have enjoyed our work, consider to support us with a one-time or recurring donation from as low as US$5 to keep our site going! Donate securely below via Stripe, Paypal, Apple Pay or Google Wallet.
FacebookTwitter
SubscribeGoogleWhatsappPinterestDiggRedditStumbleuponVkWeiboPocketTumblrMailMeneameOdnoklassniki
Related ItemsBangtan SonyeondanBTSbts jinBTS Kim Seok JinKim Seok Jin
← Previous Story 5 Reasons Why You Should Book “Hospital Playlist” On Your Next Binge-watch Schedule
Next Story → 8 Times BLACKPINK’s Rosé Stunned With Her Beautiful Travel Posts