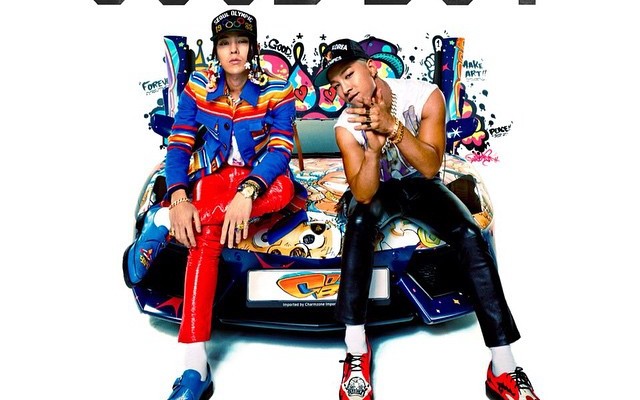 5 Times G-Dragon & Taeyang Were Too Cool to Handle

BIGBANG’s G-Dragon and Taeyang have a long history together: they are probably the most well known friends in the K-pop industry, who have been through thick and thin together and proudly announce they rarely fight. Their personalities are the complete opposite and that is why Taeyang thinks they get along so well: he thinks about everything carefully, while G-Dragon likes trying new things, so Taeyang keeps G-Dragon grounded and in turn G-Dragon makes him try things he would never try alone.

VIPs are aware that G-Dragon and Taeyang were meant to be a hip hop duo called GDYB when they started with YG Entertainment. But fate, or rather Yang Hyun-suk, decided otherwise and they were put into a boy band: the now wildly popular BIGBANG. Fans have been eagerly waiting for a GDYB comeback, which finally happened this November, with the release of their party duet Good Boy.

This is not the only song they performed together over the years, so let’s take a look at some performances where G-Dragon and Taeyang were just too cool to handle!

When they started out as a hip hop duo, as trainees, G-Dragon and Taeyang performed Unfold at a Higher Place on several occasions on television. This one is from 2002, on MTV. They were both only 14 years old! Note that Taeyang’s stage name was YB Taekwon during this time.

In 2008 Taeyang released his solo album HOT, and a music video for Only Look at Me, which was later re-released as a single by G-Dragon in a different arrangement. The two performed the song together at G-Dragon’s solo concert. Even though the lyrics are really selfish, we love this performance to bits.

3. This is a real Korean Dream

In 2009, G-Dragon released his solo album Heartbreaker, in which Taeyang also featured. They performed a part of Lies and Korean Dream at the 2009 SBS Music Festival. Check out the awesomeness below:

This year G-Dragon helped out his best buddy with his second full solo album Rise, and they performed together yet again, this time at Inkigayo.

This year’s MAMA Awards stages were certainly eventful, with many collaboration stages, and when G-Dragon and Taeyang took the stage and performed their brand new duet, Good Boy, the crowd went wild. Watch the other artists singing along and the little BIGBANG gift at the end!