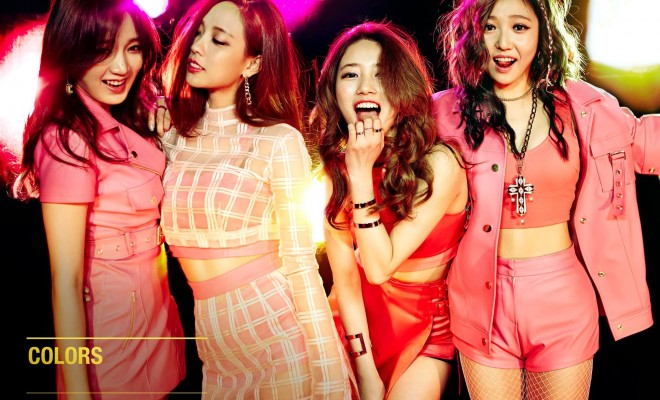 6 Miss A Songs That Made All-Kills on Charts

Miss A fans have been eager to see their idols ever since JYP announced the girls’ comeback would be at the end of March. Min, Fei, Suzy and Jia are back with a blast! It’s no surprise that their track, “Only You” made an all-kill in the charts. Miss A just recently released their MV for “Only You“, in less than a day it has surpassed more than a million views. It’s not the first time that their songs have achieved an all-kill.

Let’s take a look at the six Miss A songs that made it to the top of the charts since their debut in 2010:

Bad Girl Good Girl was Miss A’s debut single from the album Bad But Good. Just less than a month into the group’s debut, the girls already made an all-kill in the charts! Miss A became the fastest girl group to take a #1 spot on KBS’ Music Bank.

The second song to get an all-kill is Breathe. The girls released their second album Step Up on September 26, 2010. The MV is quite the opposite from of the MV for Good Girl Bad Girl.

On July 18, 2011 Miss A’ album A Class had its digital release.  Good Bye Baby was the title track. The girls won awards on M.net’s M! Countdown, KBS‘ Music Bank, MBC‘s Show! Music Core, and SBS‘ Inkigayo, following their promotions in the same month.

On February 20, 2012, Miss A announced the group’s comeback with a teaser for the MV for the song Touch, featuring Suzy. Followed by the release of the teasers for Jia, Fei and Min. The full MV was released on February 19, 2012. It gained over a million views in just one day, and snagged the number 1 spot on several charts, proving Miss A’s popularity once again.

Fans had to wait for over a year for Miss A’s 2013 comeback. The last song to make a splash being I Don’t Need A Man in 2012. The girls did not disappoint their fans fans with their second full length album Hush. After its release, title track Hush topped the Korean music charts.

After a year of waiting, we finally get to see Miss A back in action! The girls’ title track is Only You from the new album Colors. After its release, the MV garnered a lot of attention from Kpop lovers all over the world, and it got a million views in less than a day. And the girls achieved yet another all-kill with Only You!

With flexible, charming yet beautiful looks, great vocals, catchy tunes and snappy dance moves, Miss A appeals to both male and female viewers. It’s no surprise we’ll get to see a lot more of Miss A in the future. We can’t wait to listen to more of their songs! Congratulations Miss A!