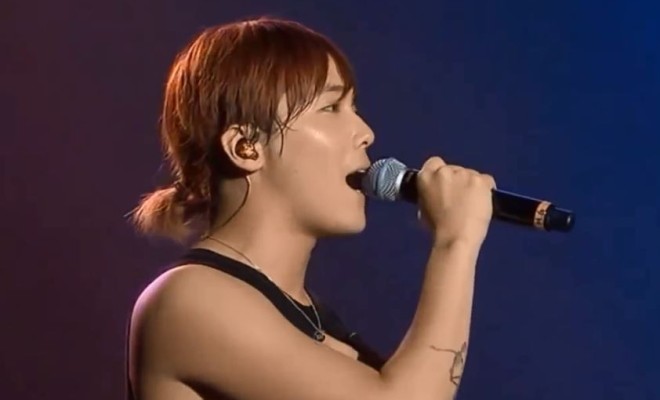 FTISLAND was the very first instrumental using idol band in K-pop; proving that you do not necessarily need to do robust formation dance to capture fans’ hearts. The band’s lead singer, Lee Honggi, is known for his powerful vocal abilities, while members Jonghoon, Jaejin, Seunghyun and Minhwan are not only masters of their instruments, but also contribute as vocalists. The band has also recently been writing many of their own songs as well. FTISLAND’s repertoire is very broad. While they mostly release rock ballads and OST contributions in Korea, in Japan, they are noted for their much tougher, edgier sound.

Here is a list of live performances that will leave you in awe and craving for more!

“Memory” was co-composed and written by Honggi and sounds incredibly good live. Watch Jonghoon nearly lose himself on the guitar!

“Orange Sky” is another of Hongki’s compositions. A smooth ballad with incredibly beautiful vocals. The specialty of this live is twofold; on the one hand, Honggi shares the song with drummer Minhwan, who showcases his nice voice (he also acts in musicals). On the other hand, you can see how FTISLAND handle mistakes on live stage. Honggi had a sore throat, and could not hit a high note as he would usually. Watch the band tease him to death, and the smart way he manages to come out of this trouble.

“Beautiful” is a great song off of their latest Japanese album New Page. The arrangement at the MTV Unplugged filming suits the title of the song, but you might find yourself staring at fashionista Honggi’s interesting pants during the performance.

If you like to rock, you will like this song. Though it was released in Japanese last year, this is a Korean version, which is as good as the original. Jaejin’s soft yet sharp vocals in this piece really stands out.

“I Hope” (Barae) is an older song of the band, but nevertheless a really popular one. Watch these amazing Japanese fans practically shout the Korean lyrics at the encore, and how cute the band is trying to convince the fans they have to leave. Watch from the 26:00 minute mark, this is one of the best ever live performances of the song!

The intro to this Japanese piece will send shivers down your spine. Honggi’s vocals are incredibly powerful, with such depth you can rarely expect from such a young singer. Being one of their tougher compositions, this live performance stands out as a memorable one for old and new fans alike.

You Are My Life acoustic performance

Saving for what could possibly be the best for last, this acoustic stage for You Are My Life can really blow fans away. The vocals are heart-wrenchingly beautiful and both Honggi and Jaejin really shine here. Plus, you can see Jonghoon on the piano.

Which ones did you like most? Do you have a favourite FTISLAND live? Share with us in the comment section! And if you cannot have enough of the band, head over to their YouTube channel!