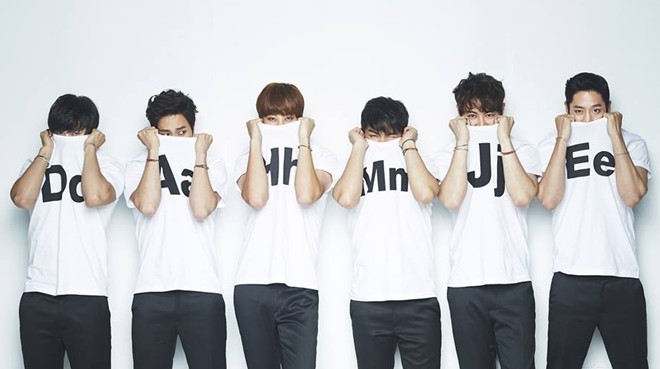 7 Things We Love About Shinhwa

Boy groups are springing out of the blue making comebacks and debuts. Here we have again, the latest offering of a first generation K-Pop idol, Shinhwa which lives true to its name meaning “myth” or “legend” in Korean.

Shinhwa is a six-member male band which made its debut in March 1998 under SM Entertainment. When their first contract expired, they did not renew with the company but gained the rights to promote together as Shinhwa.

They made their official comeback as a group in 2012 after a four-year hiatus due to the members’ military service. They also serve as role models and inspiration to many younger groups these days. Shinhwa has made its comeback this year with Sniper.

Only recently, the group held their concert titled 2015 Shinhwa 17th Anniversary Concert ‘WE’ for a momentous 17 years as a group in the music industry.

On March 26, they set a personal record of 10 awards for ranking number 1 in music shows for their song Sniper.

Here are some facts about Shinhwa that makes younger generation swoon over our six legendary gentlemen, and explain why they are still able to top charts over new generation idols.

ANDY, THE MAKNAE OF THE GROUP IS 30+ YEARS OLD

This fact makes some of the younger fans cry, who wish Shinhwa were younger. Andy though, can still rap and dance like his younger charming self at the age of 34.

Assuming that the youngest listeners of K-Pop are around 16 years old, that’s almost half of the members’ age. By the way, Andy manages two boy groups: Teen Top and 100% if you feel you’re too young for Andy.

DONGWAN IS A MAN OF MANY ADVENTURES

He’s often not with the group for his other projects such as dramas or movies. He also frequents outdoor activities like mountain climbing.

This guy is into adventure and sees the world in a bigger and fast-paced environment. Can you keep up? Watch his climbing adventures on his Youtube channel here.

Eric is such a total lad. He, alongside Minwoo, is the CEO of Shinhwa Company that manages the activities and promotions of the group. As the oldest member, he stands gentlemanly at the age of 36 and is still … *drumroll* … single.

Hmmm. That’s what leadernim and CEO Eric said, at least.

His skills are proven by making the choreography to some of Shinhwa’s songs – you can make a list of your good dancing boys from the younger generation, however, Minwoo won’t back down.

He was also a regular judge in the show Dancing 9.

JUNJIN IS A MAN OF FITNESS, MIND & BODY

He was once dubbed the “ace” in the popular sports-variety show, Let’s Go Dream Team  for consistently getting the top record in the challenges.

He once got an injury in 2001 from attempting one of the show’s challenges but still continued participating in them. He did it because he wanted to help promote Shinhwa by appearing and winning in the obstacle races.

Although Shinhwa’s debut came 2 years before that of Maroon 5, the two are somewhat similar in terms of stage presence and voice quality. No other  words can best explain so watch this performance instead.

Whoops, nope. Not his most daring skit yet done on SNL Korea. This performance below:

THEY STILL TOP THE CHARTS

Since their comeback in 2013 with The Classic, they have proven that age is just a number. Their age does not show on their faces and stage presence and that is why they serve as an inspiration and industry models to most younger groups these days.

They continue showing that love for their band and music, combined with hardwork and perseverance, pays off amidst all doubts and negative criticisms.

These boys have had their share of ups and downs, fights and making up, as well as well-disciplined and sasaeng fans and they stood together amidst all of that. 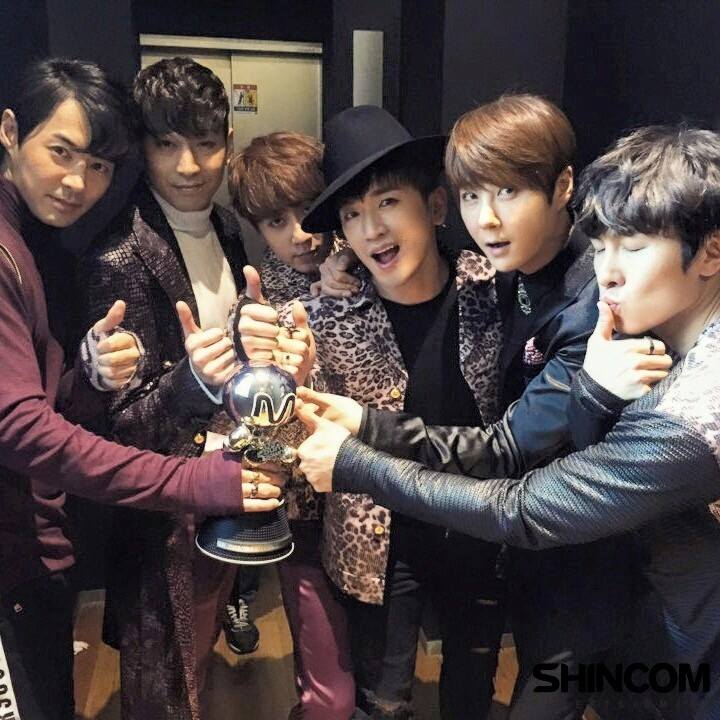 As of writing, they have accumulated 10 awards  just for their comeback this year and almost 100 major and music awards altogether since their debut.