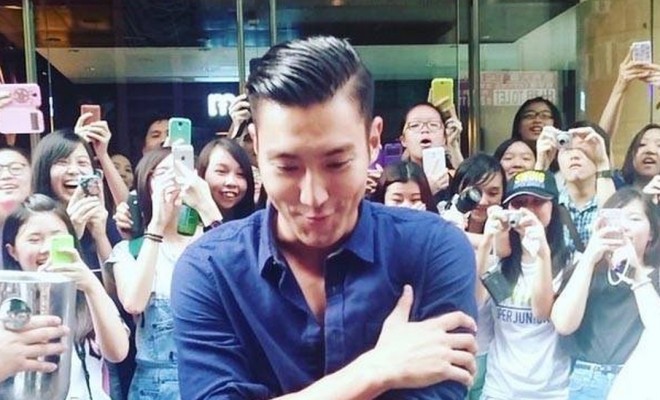 8 K-pop Celebrities Who Have Done The ‘Ice Bucket Challenge’

The trend has already caught onto many countries, but now it has come to Korea!

Many K-pop celebrities have already participated, with the first participant Tim, who nominated his friends Siwon, Sean and Brian Joo.

The aim the ‘Ice Bucket Challenge’ is to raise awareness for amyotrophic lateral sclerosi (ALS or Lou Gehrig’s Disease), which is a progressive neurodegenerative disease that affects nerve cells in the brain and the spinal cord.

Participants are nominated by their friends and families to do the challenge, with those failing to complete it within 24 hours having to donate to the charity (although you could do both).

To donate and learn more about ALS, click here.

Tell the hellokpop Community who is your favourite HERE and you could win free k-pop albums!

Hellokpop, as an independent Korean entertainment news website (without influence from any agency or corporation), we need your support! If you have enjoyed our work, consider to support us with a one-time or recurring donation from as low as US$5 to keep our site going! Donate securely below via Stripe, Paypal, Apple Pay or Google Wallet.
617
SHARES
FacebookTwitter
SubscribeGoogleWhatsappPinterestDiggRedditStumbleuponVkWeiboPocketTumblrMailMeneameOdnoklassniki
Related Itemsbestiebrian jooDonghaeEric NamEunhyukJo In SungSeanSiwontim
← Previous Story 11 K-pop Comebacks To Be Excited For This Year
Next Story → 11 K-Dramas You Must Watch At Least Once