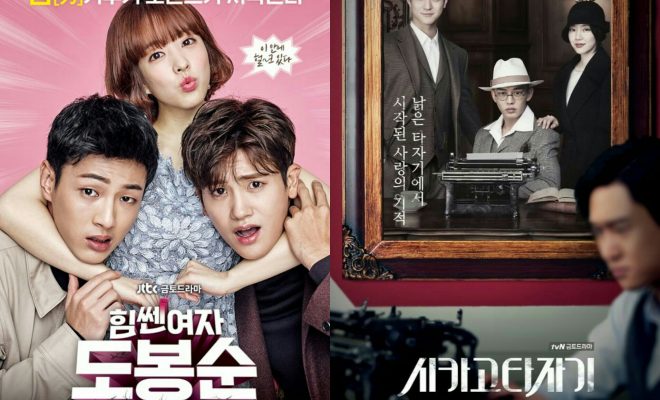 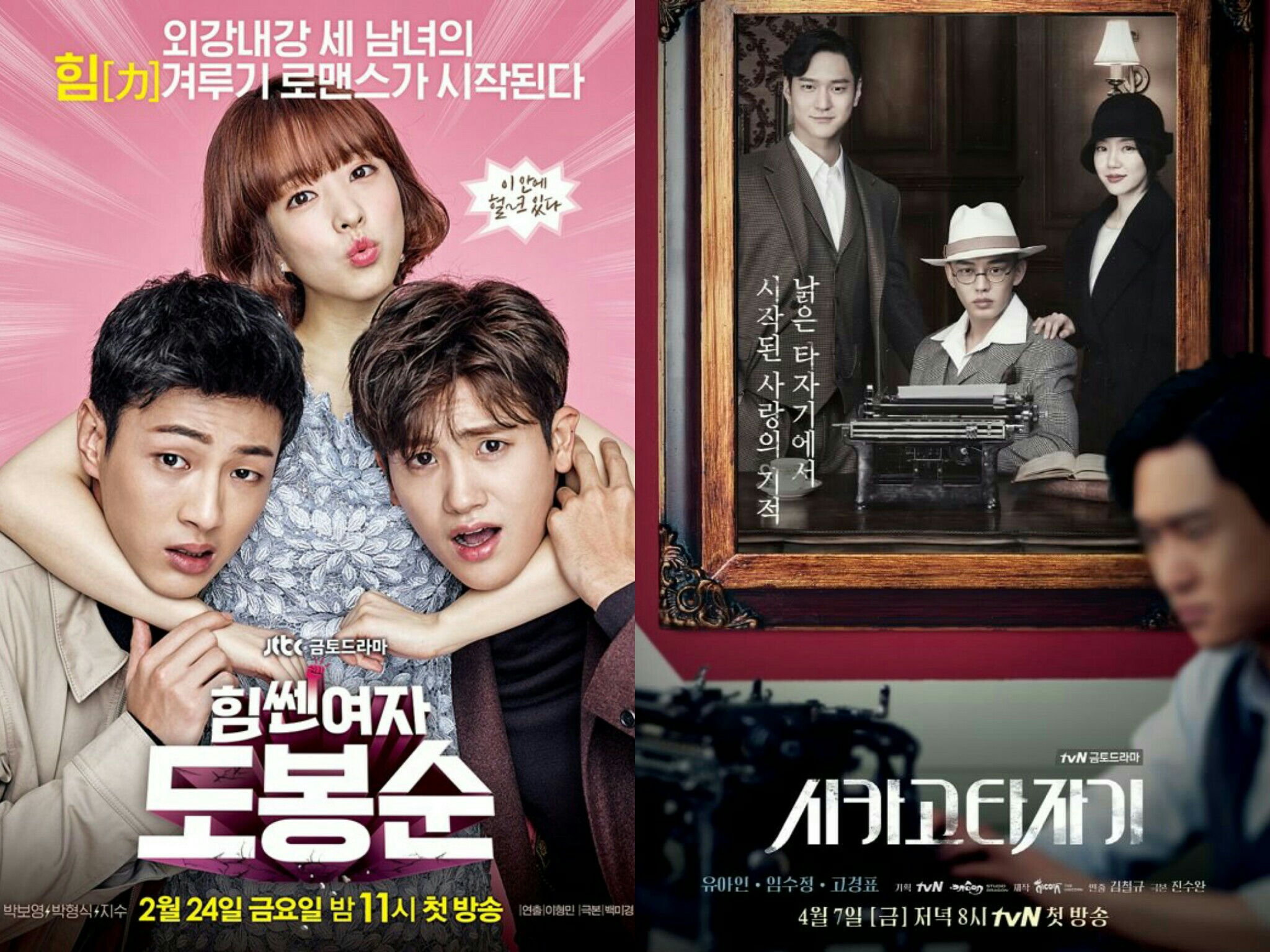 Although the numbers did not peak as high as 2016’s performance, the overall story content of the best Korean cable dramas this year has accomplished a stunning feat which does not need the usual ratings’ validation.

We have seen how Korean dramas evolve the imaginative platforms through the years. Original plots are tweaked by creative minds from the pool of veteran and newbie writers, giving a new feel on predictable premises we have all seen before. Qualifying the creativity of a narrative may be subjective to the viewers, but stories that blow our minds often yield strong fan bases and ratings.

But the novelty of the plot does not guarantee a success story for the drama. The combination of the story progression, actor portrayals and technical execution are still pertinent elements to conceive an innovative Korean drama presentation.

Cable channels are unafraid to challenge the standard landscape, and are often the forerunners of experimental K-Drama themes.  The result has seen some amazing drama productions.

Here we are sharing some of the most innovative 2017 Korean Cable Dramas, which made the most out of its ingenious plot in case you have missed it. 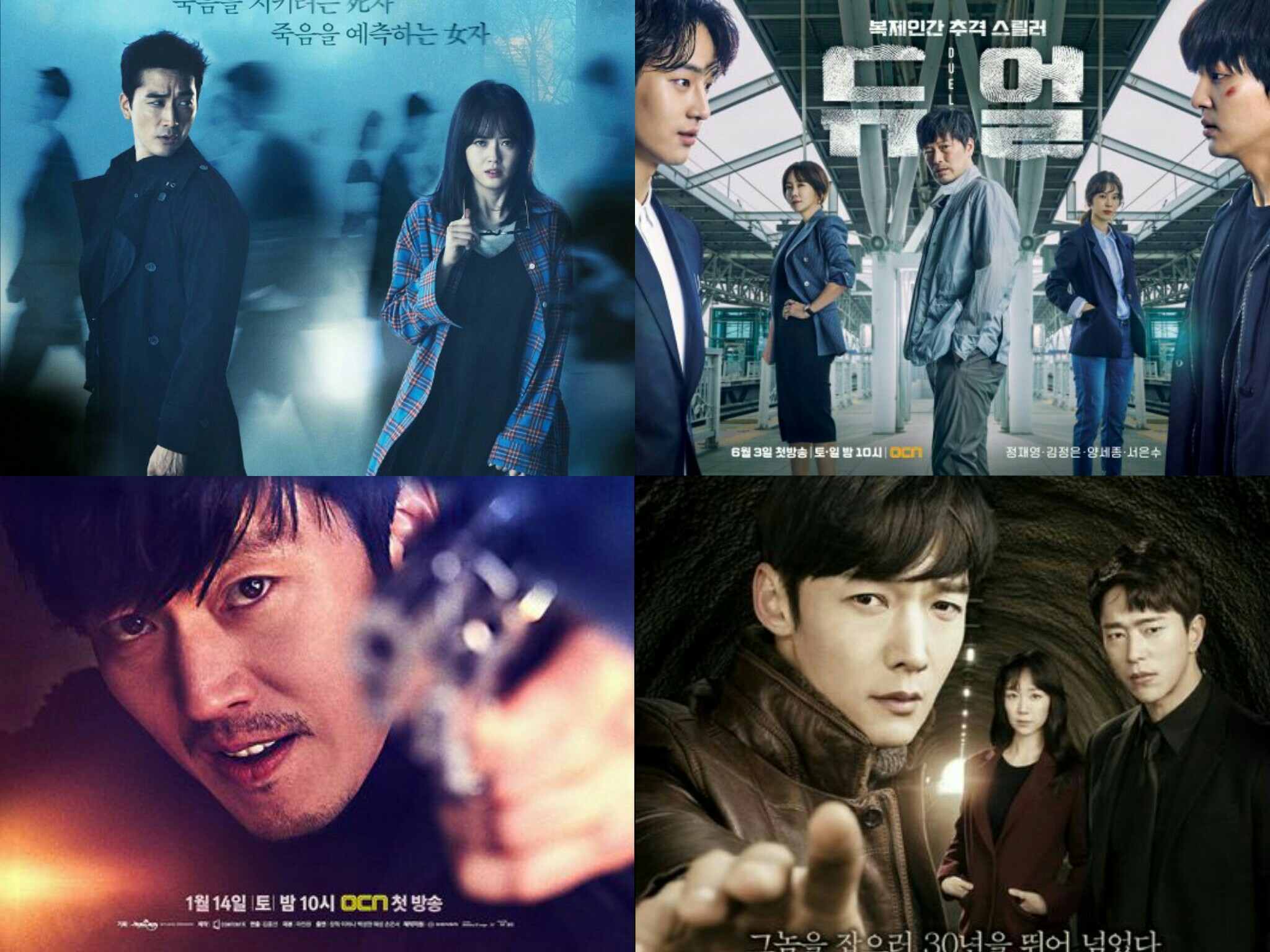 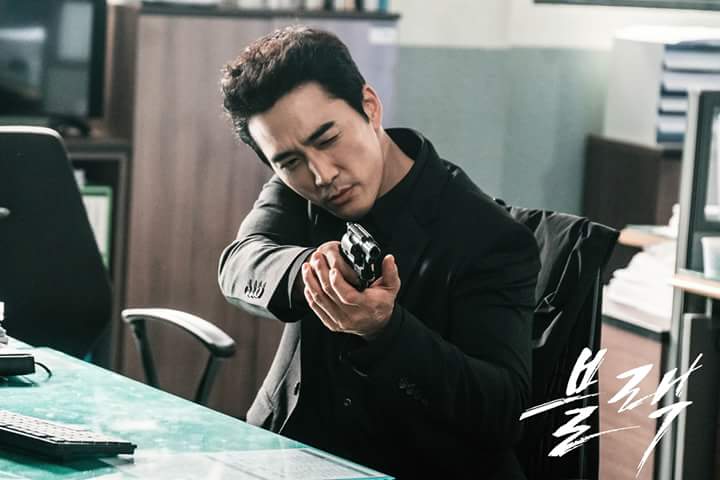 The comic element of how the pretentious grim reaper adjusts to mortal living while creating human connections that build the character depth is shaping to be the driving point of the series. As he teams up with a woman who has a gift to see someone’s eventual death, his forthcoming dilemma of defying his soul collecting job is set to motion. 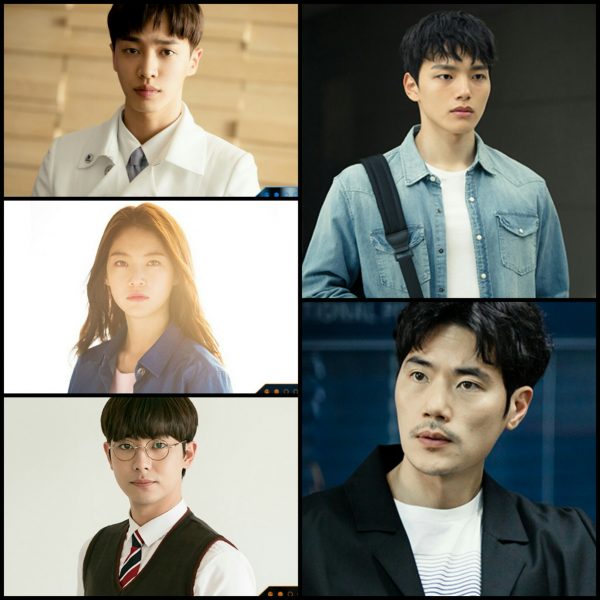 This sci-fi spectacle is divided in two parts, each dependent to the precedent of what happens in the past and what is happening in the present, notching a nail-biting series, which almost perfect the chapter cliff-hangers.

Circle bravely dissects and connects the bends of the chronicle, disregarding possible limitations of the plot along the way.

Perceptive to its viewers, it gives a lingering lesson on the value of human’s memory as well as how happiness needs to have a validation on the path it takes to achieve it.

Circle never went wrong for being ambitiously inventive. It never showed any signs of defiance, and is always sure of the track it was taking. Every episode just keeps on unlocking a revelation after another, which is futile to decipher its trajectory. It redefines thrill-bending writing, with seamless cliff-hangers that support the arcs of the story.

Trust OCN in conceiving crime stories which disregard the conventional cop drama approach by using conflicts that make the most out of viewers’ time.

Duel navigates a heightened quest of heroes, who blindly trust each other to achieve their personal goals of saving a loved one and remembering lost memories. The mystery-solving plot unravels the story details that are traced to a prohibited medical research 24 years ago about human cloning and a sort of cure-for-all vaccine.

The story progressed as the serial killings of an evil clone from the research happened. The movements of the plot are dependent on the quest to save the young girl until the discovery of the holy-grail-human-cure. The ambitious medical premise about stem cell therapy and human clones seem awkward to a crime drama, but the moment your attention is settled to the story, your brain will become busy, processing the what-ifs of the narrative.

Duel also gives a lasting impression on how kindness makes a person. It depicts a human clone with a heart bigger than what a real person can have. 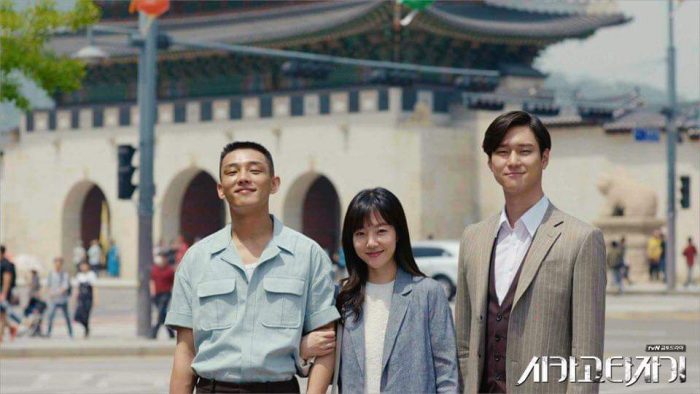 TVN has always been home to dramas that are not afraid to experiment on stories. Such is the case for Chicago Typewriter, which started on a vague footing but emerged strong in picturing a story that uses heartfelt emotion in fueling the fictitious period drama framework.  It maneuvers shifting timelines where the storytelling moves simultaneously with the writing of an online serial novel that is set in the 1930’s.

The novel, also titled “Chicago Typewriter”, recounts the story of the past lives of the main characters, who are freedom fighters in the Japanese Colonial Period. The characters’ visions of their past lives slowly complete the connection of why fate intertwines their existence again in the present time. The idea of a real ghost, ghostwriting for a famous novelist suffering on a writer’s block, is a reliable bait for the viewers to be hooked.

Chicago Typewriter takes pride on balancing romance and friendship, along with the inspiring patriotism message specifically dedicated to the angst of single adults, who are whistle-blowers of a corrupt government. The ingenious yarning of the fictional thread sets a basic rule which the viewers have to accept — the dynamic reincarnation plot that involves a life affirming friendship between two friends who love the same girl. The romance is nicely sweetened because it provides an impetus of a love that needs another lifetime to fulfill. 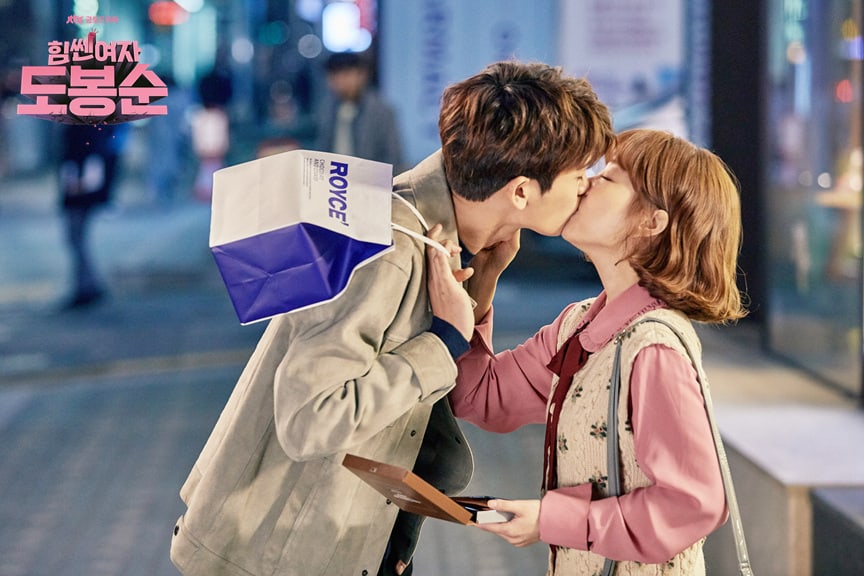 Park Bo Young’s title role sparked the glorious drama sprint of jTBC this year, with an adorable rom-com of fantasy element. Passed down from her maternal ancestors, Do Bong Soon inherited superhuman strength which eventually made her avoid human interaction in case she accidentally loses control of it. Following her dream of developing a new game, she meets a CEO of a game company who discovers her incredible strength by chance, and so he offers her a job to become his bodyguard.

Story wise, it is technically bare. But the simplicity and the fascinating cast synergy accompanied by the palpable humor keep the viewers warmly sedated and feeling good after watching it. The fast paced quirky rom-com promises an addictive run and delivers it in flying colors with a riveting thriller plot incorporated on the side.

What makes this drama so endearing is the perfect blend of the engaging love couple/triangle chemistry, the warranted humor even the slapstick travesty, and lastly, the charming tale of the heroine, who blooms to become a woman who acknowledges her strengths and frailties.

Hers is a story that any girl can relate to, from those love confusions, career-where-I-am-going-questions, and finding her self-worth as a person. Strong Woman Do Bong Soon might have been coated in chocolates and marshmallows, but it gave a tangible encouragement, especially to all women who watch it. 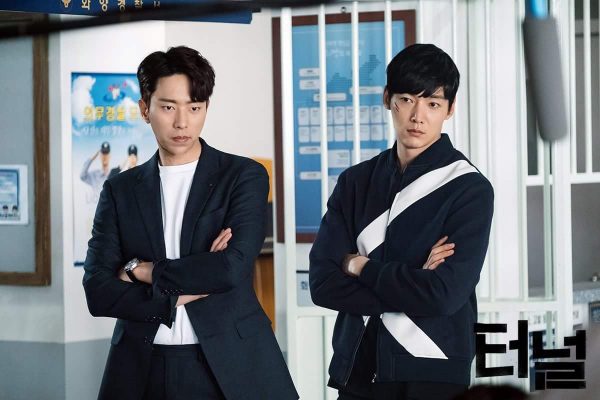 A detective from 1986 is transported 30 years later to solve a serial murder case, which has a connection to the killing outbreak he is investigating in the past. This superb cop drama premise gives an exhausting ride as you feel the frustrations and high moments of the hero cops trailing the clever villains. The drama uses small story disputes to unravel the reasons why a 1986 detective mysteriously time-jumps to the present time.

While adapting to the new world that the main hero is forced to live, he decodes the junction of the cases he worked in 1986, and the cases happening to them in the present. The battle of good and evil is sketched all throughout the chronicle, in a stimulating run that will cripple your heart and drain your mind.

The murky tone and cop-crime standpoint of Tunnel targets a specific audience. It can easily win you over, given the uncluttered storytelling along with the nail-biting moments. From the start to the end, the cryptic package of the story does not rest even for a second. 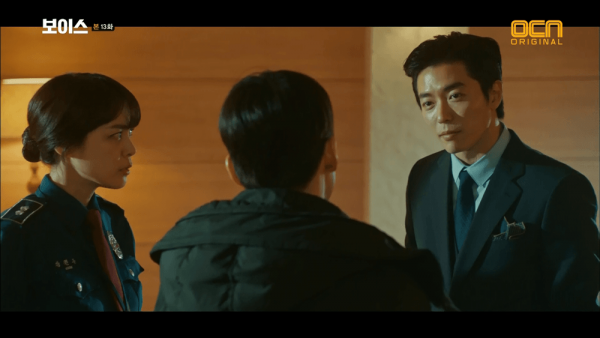 Voice narrates the story of a special police division team — Golden time. It is an exclusive task force group that solves urgent real-time incidents from phone calls received through the city’s emergency service line. Its prime responsibility is to race through the precarious time left for crime victims, who are held captive or being chased by their assailants and save them from the imminent danger.

Given the creepy premise, it is disturbingly amazing. It gives mini cardiac arrest on every episode as the team solves its cases in a gripping finish. The suspense-filled drama displays one major conflict when it begins, and connects efficiently to the clues and personal battles of the characters as the story progresses.

Voice is always at a high note in extending the grit and vigor of the story-building. The balanced outwitting game from the heroes and villains makes it an enthralling psychopath chase. 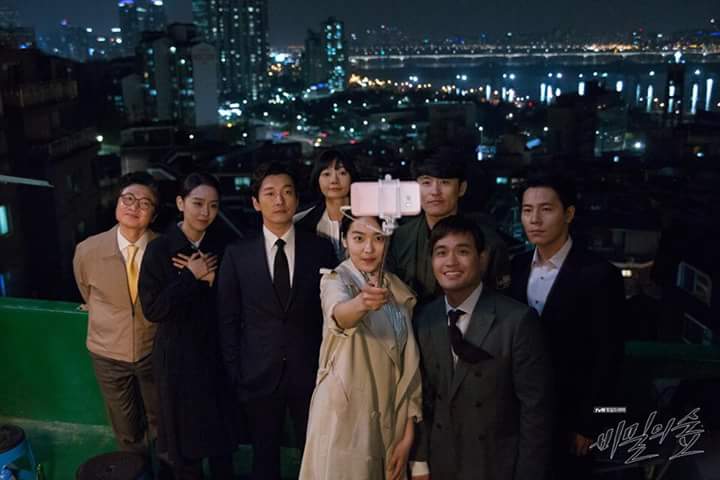 Stranger binds deft writing and shrewd characters in conceiving a classy legal drama. The moment you decide to watch Stranger, you subconsciously wear an invisible prosecutor robe and a police-thinking cap in trying to decipher the motivations that makes a person become less human.

Skipping pointless subplot conflicts, it maneuvers through the treacherous world of conniving detectives and prosecutors with finesse and rational methods. Out of all the legal dramas this year, this series is cut for adults who want less drama and more story depth. It bravely dissects the cover ups happening in the police organization, along with the corruption in the Prosecution Office without tiring the audience with pointless stop-overs.

The series gives no more than what is required to story building, yet it makes sure how every detail conspires to present a comprehensible picture. You cannot watch this casually because you have to savor the implied life lessons. Calm and composed, it won’t give you any moment of frustration over the characters and the story. 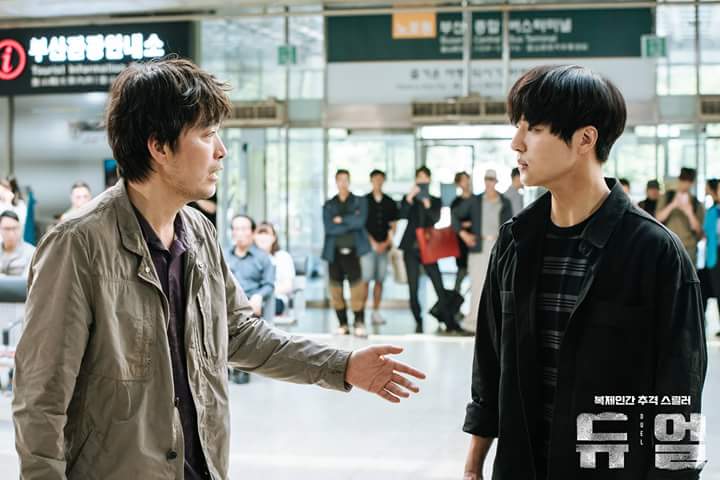