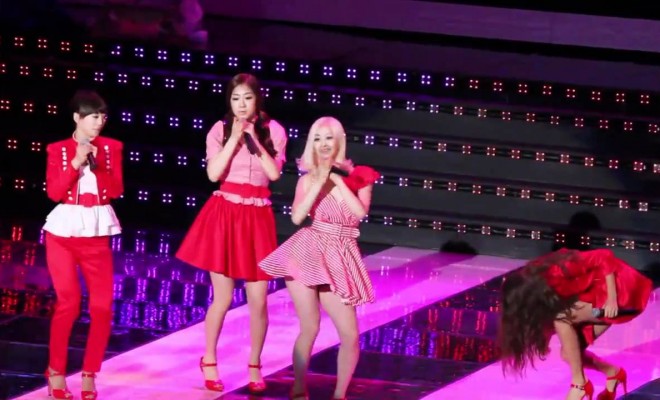 There are some things that one just can’t control during a performance, such as slips and falls on stage. No matter how hard our idols practice, sometimes accidents happen.

Here are 9 idols that fell or slipped off stage:

He fell off stage during the YG Family Concert in Singapore. You could totally relate to the fans’ reactions as they witnessed it.

Taeyeon’s scary fall in a hole on the stage after their performance on Seoul Music Awards, surprising many.

CL slipped on stage while performing Can’t Nobody, but managed to get back up.

Seohyun had her fair share of slips on stage.

Hyuna fell off the stage due to inadequate lighting; you can hear her surprised scream through the microphone.

Jaejoong slipped and fell in a hole on a stage during a (TVXQ) concert.

Onew slipped, but was able to get back and regain his composure.

There have been dozens of moments where Bora tripped or fell on stage or during a TV show. She would often just stand back up like nothing happened.

As much as we’d love to catch them when they fall, K-pop idols’ safety should always come first. These idols proved themselves to be very professional: the falls and slips look painful, but they just shook it off and continued to perform.