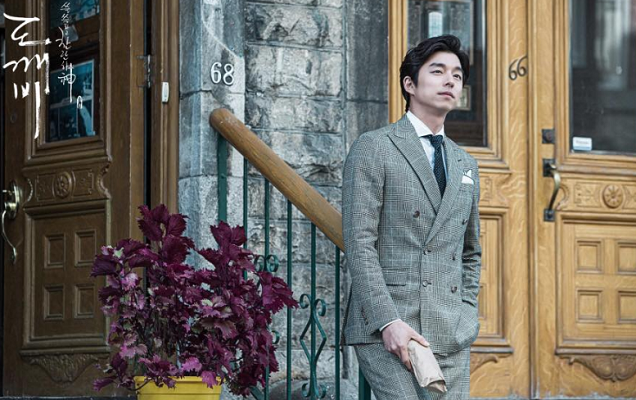 Fashion trend and K-drama are two aspects that are intricately connected. It is one of the leading product placements in the entertainment as well as the fashion industry.

Who has not followed a show and thought, ‘’I wish I had that actor’s’ wardrobe?”

Some of us might fit the bumbling, poor character type. However, most of us do not possess that magical bank account that would allow us to buy such extravagant outfits while renting out a dinky rooftop apartment.

The Korean term for the popularity of South Korean culture abroad – Hallyu – has boosted the country’s fashion and tourism sector. In 2013, for the latter, inbound arrivals jumped 9.3 percent on year to a record 12.2 million visitors, according to the statistics from the Korea Tourism Organization (KTO).

The KTO has simultaneously noted a significant increase in queries related to the drama from trade and tourism partners since the show My Love from the Star ended its run in February 2014 – a Singaporean representative reported to CNBC.

As the year 2017 ended, we looked back and realized that we were blessed with some of the most memorable Korean dramas that made our hearts either flutter or break. Besides a well-written script, brilliant acting, gripping plot and palpable chemistry between the protagonists, another vital factor in making K-dramas popular are the costumes. It brings the characters to life, deepens development, sets out the period, and not to forget; they add irresistible charm to the main and supporting leads.

Mentioned ahead is a list of the most exciting must-follow K-drama fashions trends for the New Year 2018 yet.

While Legend of the Blue Sea began at the end of 2016, it still made the 2018 list because of its classy yet contemporary fashion styles. Undoubtedly, Jun Ji Hyun is the unbeatable fashion queen of dramas, since she can pull off any haute couture look straight from the designer runway.

Her character as a mermaid might be gullible and naïve, but her updated sense of clothing says otherwise. Even when she has supposedly shopped her outfits from the trash bin in the drama, with her impeccable beauty and commendable confidence, she still looks materialistically rich. 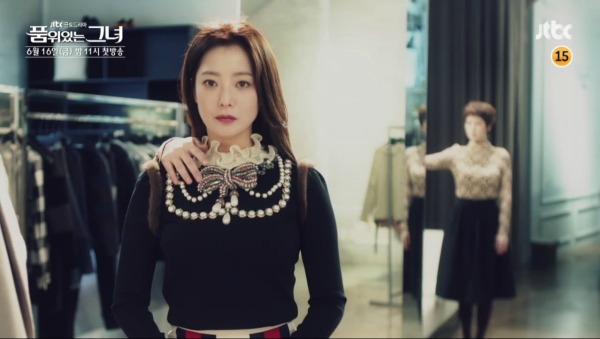 Woo Ah Jin (Kim Hee Sun) – the wife of a chaebol lives a luxurious life in the drama Woman of Dignity – which is no wonder why her entire wardrobe screams “rich Madame”. Hee Sun adorns almost all the looks, be it classic black outfits, Chanel-esque matching suits, and expensive furs. The equally fashionable style icon is Park Bok Ja – played by Kim Sun Ah – a mysterious woman who becomes a sudden part of Ah Jin’s life.

Last year’s surprise hit Temperature of Love is not your everyday, typical, overly-dramatic romance series, but its real charm comes from the compatible leads, relatable characters, and a storyline that takes time in developing characters. Hyun Soo (Seo Hyun Jin) loves Jung Sun (Yang Se Jong) dearly, but their family problems, careers, and dreams get in between their blooming love. Here Hyun Soo adorns simple yet chic outfits that anyone can take daily fashion inspiration from. 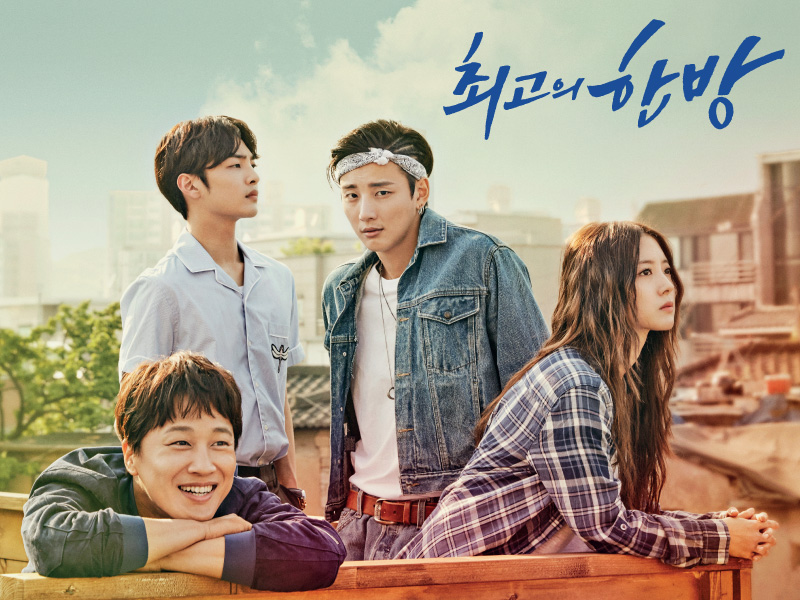 Hairspray, lots of plaid and loose faded jeans, oversized tees and bandanas – these mentions are some of the old items you probably wanted to stay in the 20th century. However, these fashion styles made a cool comeback in The Best Hit, starring Yoon Shi Yoon and Cha Tae Hyun, a story about the Korean idol culture and the hardships experienced by the youth. The Best Hit is an unforgettable drama that brought back all the ‘simple times’ in an era that is filled with grunge music and fashion. 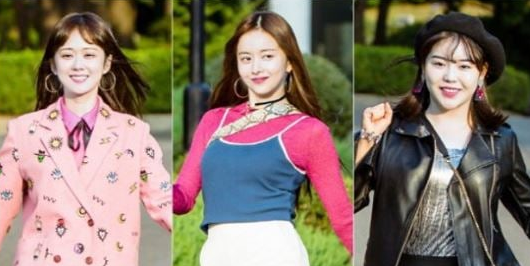 Another popular drama that is set in the 90’s period is Go Back Couple. The show is about a jaded married couple Jang Nara and Son Ho Jun that goes 20 years back into the past during college years only to be reminded of the reasons why they fell for each other in the first place. Nara’s fashion as a 20th-century university student in her 20’s consists of bright, young colors, prints, feminine pieces, and trendy items like hoop earrings, berets, and jean jackets. On the other hand, Son Ho Jun wears outfits like plaid polo and loose jeans – similar to the guys of The Big Hit. 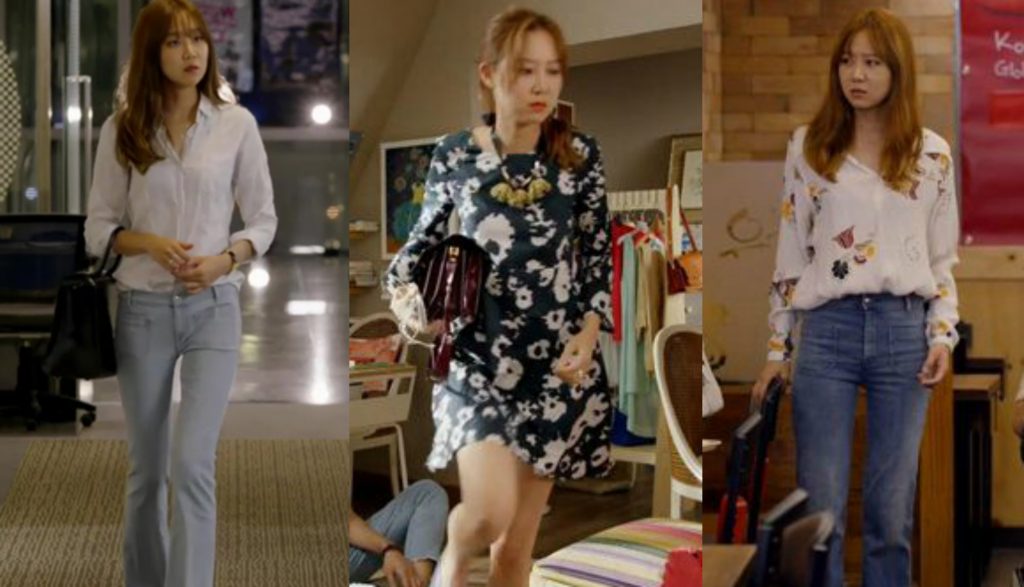 Gong Hyo Jin is known to be one of Korea’s most popular fashion icons. In the drama, Hyo Jin plays as Ji Hae Soo, with her unique Bohemian style that is no less sophisticated and luxurious; completely captivating the viewer’s feelings. High waist pants and colorful blouses from leatherskinshop create popular styles for the present day. And Ji Hae Soo in It’s Ok That’s Love has utilized this style for a long time.

Lee Min Ho never fails to surprise his fans by adorning elegant and fashionable styles in his dramas. No less than the female protagonist in Legend of the Blue Sea, Min Ho is also deeply invested in a range of expensive outfits. The renowned actor is perfectly capable of adapting to every character in different dramas. This Prince Charming can almost wear the gaudiest pair of boots or trousers but still shines. 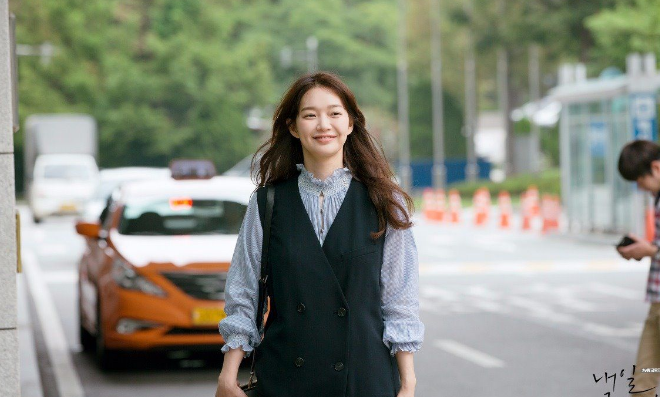 In Tomorrow with You, Shin Min Ah plays an inspiring fashion photographer with an excellent eye for aesthetics and beauty. Ma Rin prefers wearing boot cut jeans paired with funkily patterned vintage jackets in the drama. She also coins herself as the queen of lightweight, neck styling scarves, and turtlenecks throughout the show.
Ma Rin’s contemporary fashion choice is chic and fun as she plays with practical styles and colors.

Park Bo Young’s rejection of luxury goods sponsorships adds a cute style to the character of Do Bong Soon in the drama Strong Woman Do Bong Soon.

See Also: 5 Life Lessons We Can Learn From “Strong Woman Do Bong Soon”

Bong Song has a softer color palette, but it tends to balance out with a more refined adult styling with chic cuts and multiple layers. Bong Soon takes the risk of mixing bright, bold colors by separating them with muted neutrals and looking incredible soft yet classy and strong.

Fashion trends and dramas always have a perfect combination in the audience’s eyes and many shows portray the importance of fashion style through building the character’s image. With the keen hawk-eye for newest styles, we are looking forward to more trendsetting K-dramas in 2018!

Evie harrison is a blogger by choice. She loves to discover the world around her. She likes to share her discoveries, experiences and express herself through her blogs. Find her on Twitter:@iamevieharrison

Hellokpop, as an independent Korean entertainment news website (without influence from any agency or corporation), we need your support! If you have enjoyed our work, consider to support us with a one-time or recurring donation from as low as US$5 to keep our site going! Donate securely below via Stripe, Paypal, Apple Pay or Google Wallet.
FacebookTwitter
SubscribeGoogleWhatsappPinterestDiggRedditStumbleuponVkWeiboPocketTumblrMailMeneameOdnoklassniki
Related Items2018fashionK-drama
← Previous Story K-Drama Recap: “Suits” Episodes 3 & 4
Next Story → “It’s Dangerous Beyond The Blankets” Amuses With Comical Lives Of Korean Celebrity Homebodies