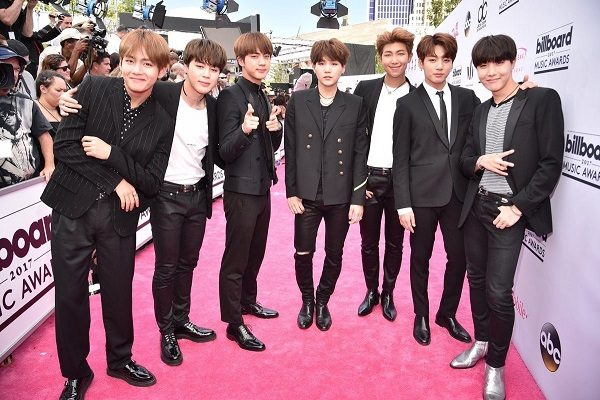 For those who only speculate from the surface, fashion week may seem like a big dress-up party where tastemakers and K-pop celebrities soak up and cavort about each other’s lionized awesomeness for days on end.

Sure, this may be one of the ways people experience it, but recent years have brought together a uniformed consensus amongst industry veterans that fashion week and all of its antics have grown tired of and become uninspiring – at least within the major fashion capitals such as New York, London, and Milan. But as the western hot-shots become increasingly jaded to the entirely new affair, those on the eastern end are jovially rejoicing the newfound prosperity of their local fashion scenes.

Out of all the fledging fashion weeks out there, the capital of South Korea, Seoul, has attracted the highest international praise. South Korea’s bi-annual sartorial capital has garnered a sizable roster of attendees spanning buyers, photographers, and influencers from all over the world.

Marked by the glittering street style and a genuine interest in all things fashion-style-related, Seoul’s reputation as South Asia’s leading K-pop fashion capital does not seem to wane anytime soon.

According to Jung Kuho, the Executive Director of Seoul Fashion Week, Seoul’s fashion scene is quite involved with and inspired by the street culture.

The city is not really into high-end fashion but more so into affordable streetwear that is influenced by K-pop stars and K-entertainment.

No doubt, the fashion in Seoul moves fast and is incredibly trend-driven. It’s good how designers are sharp at picking on trends, but they often get criticized for following trends too much, both at home and overseas.

At present day you will see more young designers with secondary diffusion lines that are purely commercial like leatherskinshop – turning the profit and allowing them to be a little more fashion forward with the main label. Many fashion-setters, many of whom studied overseas, have a lot of promise. With more support organizations like Seoul Fashion Week, a few start-up companies and designers are growing beautifully. It is often better for young designers to grab attention overseas, giving them traction back home.

South Korea has become a power-house for launching trends worldwide; with its thriving street style scene as well as K-Drama and K-Pop culture. The Seoul Fashion Week as well as the thriving street-style, in fact, when it comes to scavenging for the latest fashion trends, the point of interest becomes significant. So, now if you are trying to dress up like the cool ‘K-pop idols’ in Seoul, then you have ventured on to the right train.

The “oversized” outwear with bulky shoulders is a big 80’s hit as well as being quite a hit in the Korean street style scene. Most designers such as Kiok, Ordinary People, and A.Bell, tend to have a power blazer or two in their recent collections for retail therapy. You can easily cop the look by keeping things light and fun with blazers in exciting colors, cuts, and textured fabrics. 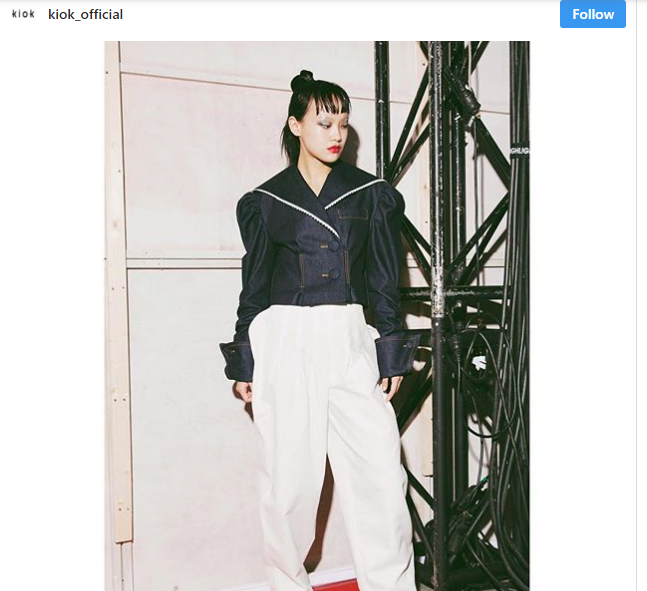 The 70’s era of fashion was very experimental with men and women playing with androgyny. This trend, in particular, is inspired by the ‘hippie scene,’ disco and the later on revival mod of the 70’s. Flares, bold prints, airline, and miniskirts are a must for this trend. Not only can the clothes channel this trend but your hair can pull it off as much.

For women, you can give yourself the Kim Soo Mi – in the heyday – curls, making your crown voluminous. In case you have layers, channel your inner Lee Bo Hee and curl out your layers to give yourself an iconic look.

The 2018 summer is all about stripes, jacquard, flower prints and geometric designs. Many retailers out there are already embracing the ‘bold print’ trend in Seoul, making it easy to sport. Don’t be afraid to mix striking flowers with stripes or Jacquard prints. The mixing of prints always makes a bold statement and gives a unique feeling to your outfit, but of course, it is an art that needs a lot of practice to master.

The prints come in a large variety of pieces – from printed pants, culottes, and joggers to amazing tailored suits, board shorts, and bomber jackets. Dressing down and dressing up prints is as easy as putting on simple jeans and tee. The upcoming summer, you can pair up your printed suit with the sandals of your choice – harness or jelly – and give a relaxed look to your outfit. There are many options out there for amazing classics like BTS’ V’s Gucci fashion-play, Teva or Birkenstocks.

At Seoul Fashion Week 2018, with a packed front row of local celebrities, and special appearances by K-pop star Taemin and veteran actress and singer, Uhm Jung-Hwa, SupercommaB turned out to be the superstar of all shows.
Taemin, who also happens to be a member of the boy band SHINee – a group that is often credited for legitimizing and popularising skinny jeans amongst younger Korean men, lit up the hall with a seditious three-minute performance of his latest single.

Following in Taemin’s footsteps, set your goal for adorning cropped or skinny jeans for the summer since diversity is the “major theme” this fashion season. 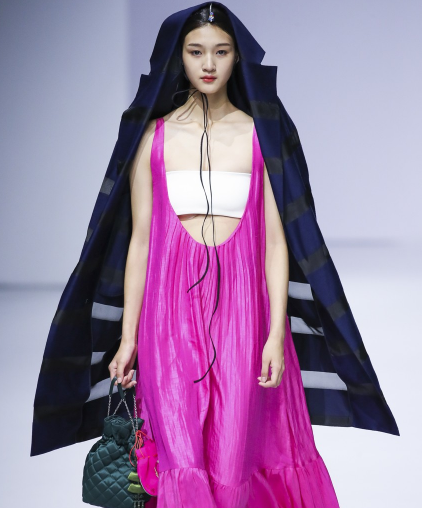 This year saw the sudden emergence of the “dragon lady” ay Yoon Choon-ho’s fashion show, which has a five-minute intro before the collection was showcased at the Seoul Fashion Week.

The female models wore the traditional Korean sun hats – generally worn by men in the traditional dress Hanbok. You could adorn other Hanbok-inspired looks including long skirts and other tube tops resembling Hanbok-inner wear.

The major artwork – highlights exercised in androgyny – designed by couple Shin Kyu-Yong and Park Ji-sun is best known for creating collections that explore gender fluidity. Set against the moody and dark connotations of Lana Del Rey songs, Shin and Park’s style-work features the latest theatrical capes, oversized ankle jackets with voluminous sleeves, and a series of full head masks that can only be best described in an Elizabethan summer with lace and pearls tucked away.

The list mentioned above are only some of the many trends noticed in K-pop music videos as of late and might become overlapped or appear in snazzy combos. However, in the world of South Korean fashion, especially K-pop, there are always numerous trends that are simultaneously popular and for you to follow every coming season.

Andrea Bell is a blogger by choice. She loves to discover the world around her. She likes to share her discoveries, experiences and express herself through her blogs. Find her on Twitter:@IM_AndreaBell

We need your support! If you have enjoyed our work, consider to support us with a one-time or recurring donation from as low as US$5 to keep our site going! Donate securely below via Stripe, Paypal, Apple Pay or Google Wallet.
FacebookTwitter
SubscribeGoogleWhatsappPinterestDiggRedditStumbleuponVkWeiboPocketTumblrMailMeneameOdnoklassniki
Related ItemsfashionK-popSeoulSouth Korea
← Previous Story 7 Reasons Why You Should Visit The Garden Of Morning Calm In South Korea
Next Story → Best K-drama Fashion Trends To Follow In 2018