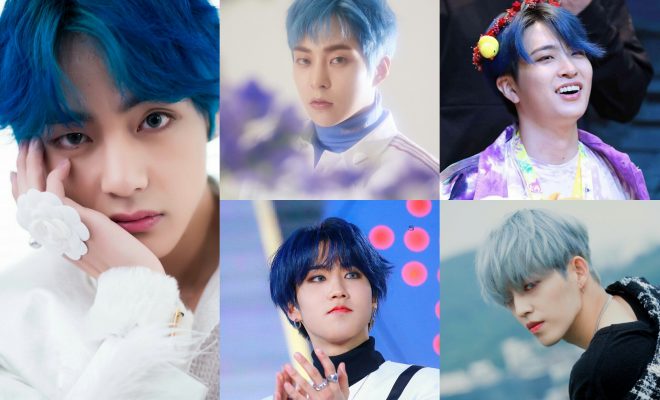 By Yann | May 30, 2019
116
SHARES
FacebookTwitter
SubscribeGoogleWhatsappPinterestDiggRedditStumbleuponVkWeiboPocketTumblrMailMeneameOdnoklassniki

Bold, brilliant, and beautiful – these male K-Pop idols and their blue hair take the spotlight in this edition of Idol List!

The world of K-Pop is indeed colorful, and one of the reasons behind it is the varying hues and shades fans can see on their favourite idols on a regular basis. Going even further than the colors of the rainbow, a lot of K-Pop idols have tried different tints and tones – and quite amazingly, they can pull it off so effortlessly well.

For this edition of Idol List, we bring you ten male K-Pop idols who looked brilliant in blue hair. Check out our picks below: 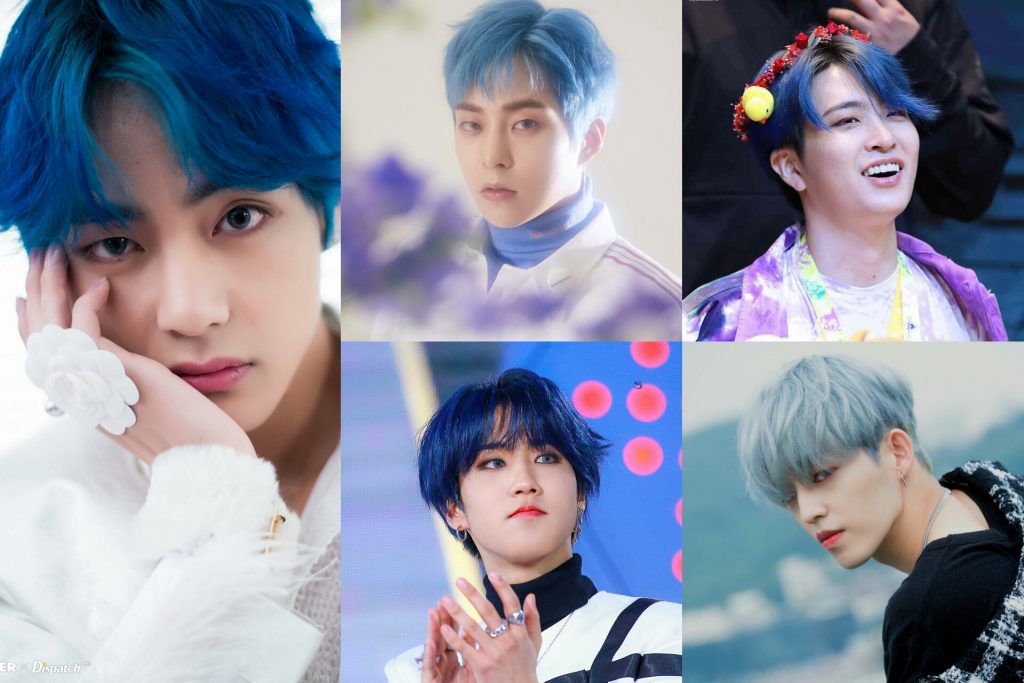 EXO’s fake maknae is among those idols who can easily pull off any hair color and hairstyle he wishes. Among the iconic hues Xiumin pulled off was this striking shade of blue, which made his facial features stand out and emphasized his youthful charms – completely hiding the fact that he’s EXO’s eldest member! 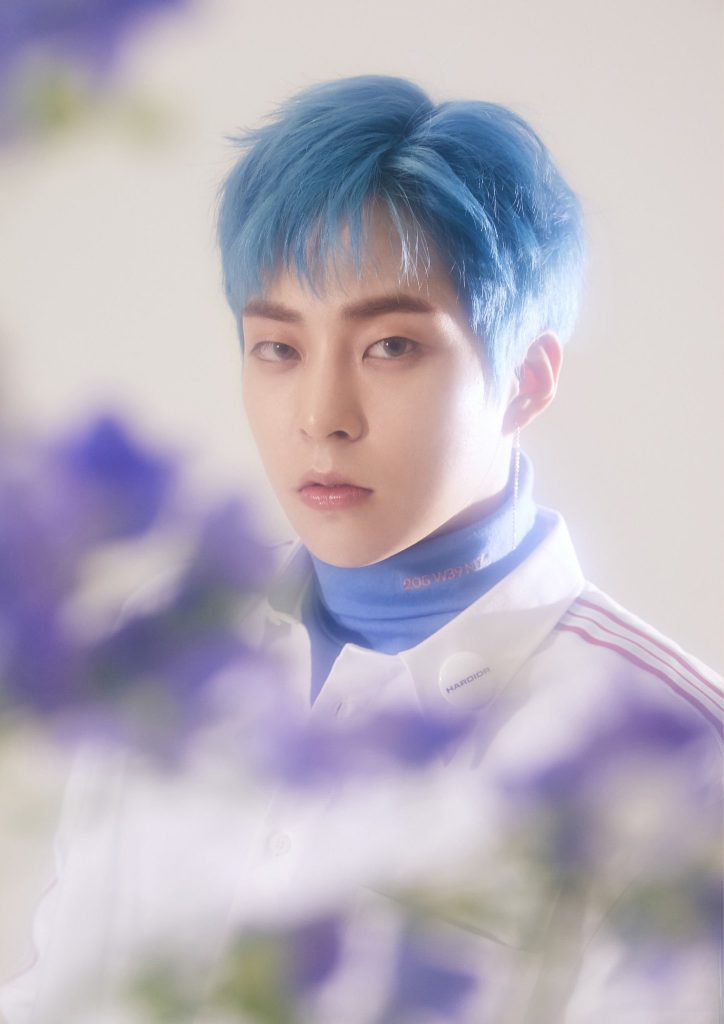 Those blue locks combined with this intense stare totally win our hearts – and the fact that it’s VIXX’s Hongbin sporting this look puts a cherry on top! 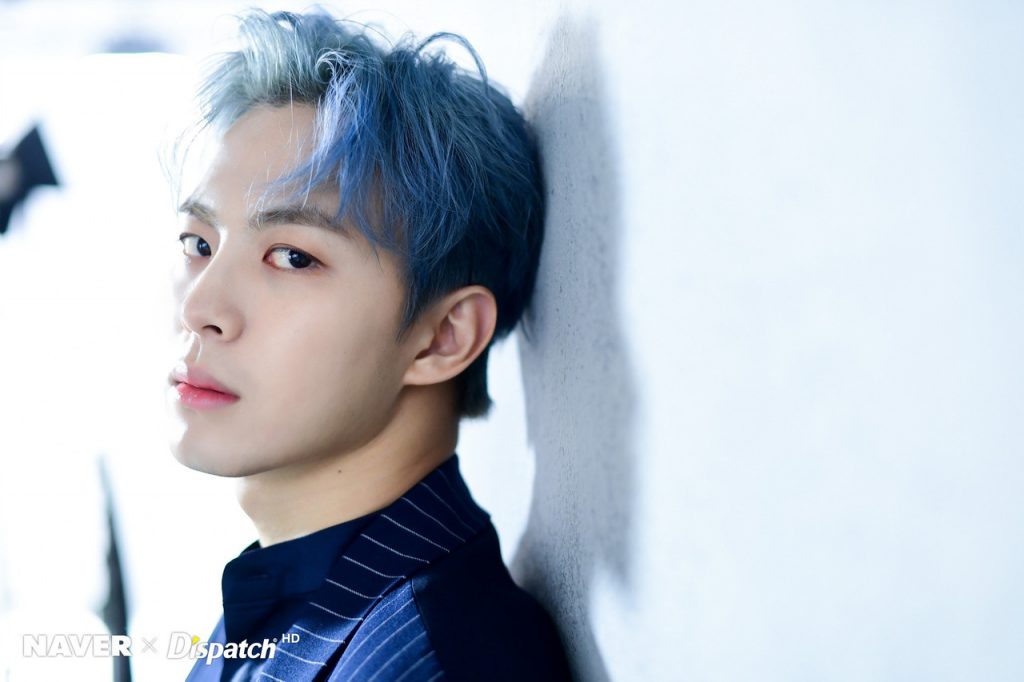 SEVENTEEN’s S. Coups, we totally “adore u” and your blue hair! The very caring and swag-filled group leader has tried out both sides of blue – a soft, powdery baby shade during the “Clap” era and a standout, electric dark hue for “Boom Boom” promotional activities – and they both fit him so well! 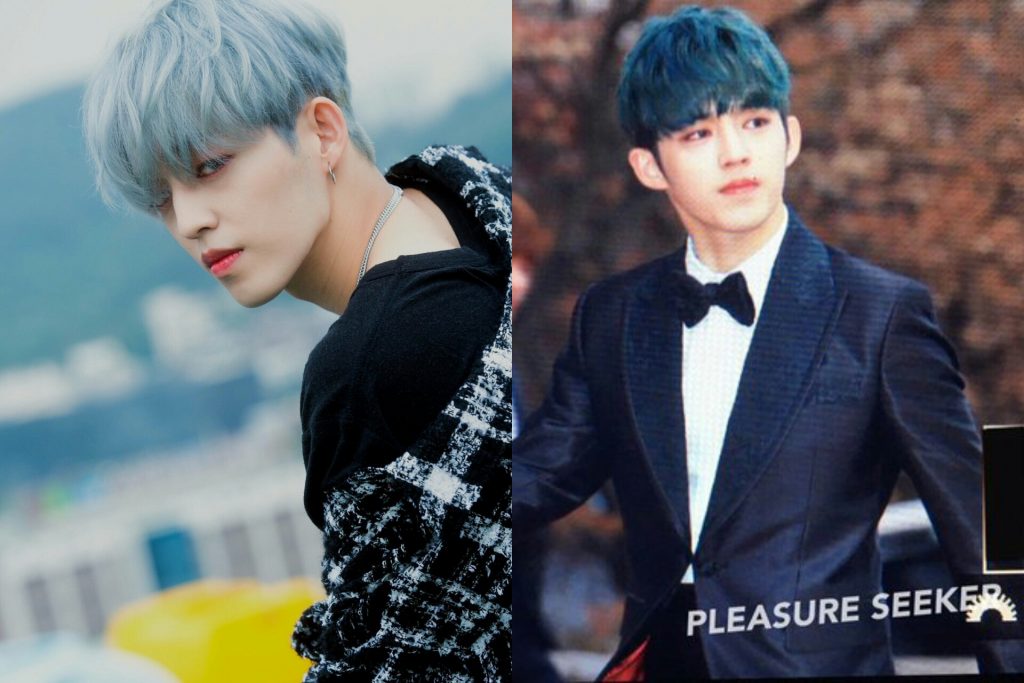 Radiating as much power as Stray Kids’ intense stages, Han graced the 2018 MAMA with beautiful blue hair which really suited him. Listing himself as one of the adventurous ones in his group when it comes to switching up hairstyles, the young idol is among those who can effortlessly pull off this lovely hue. 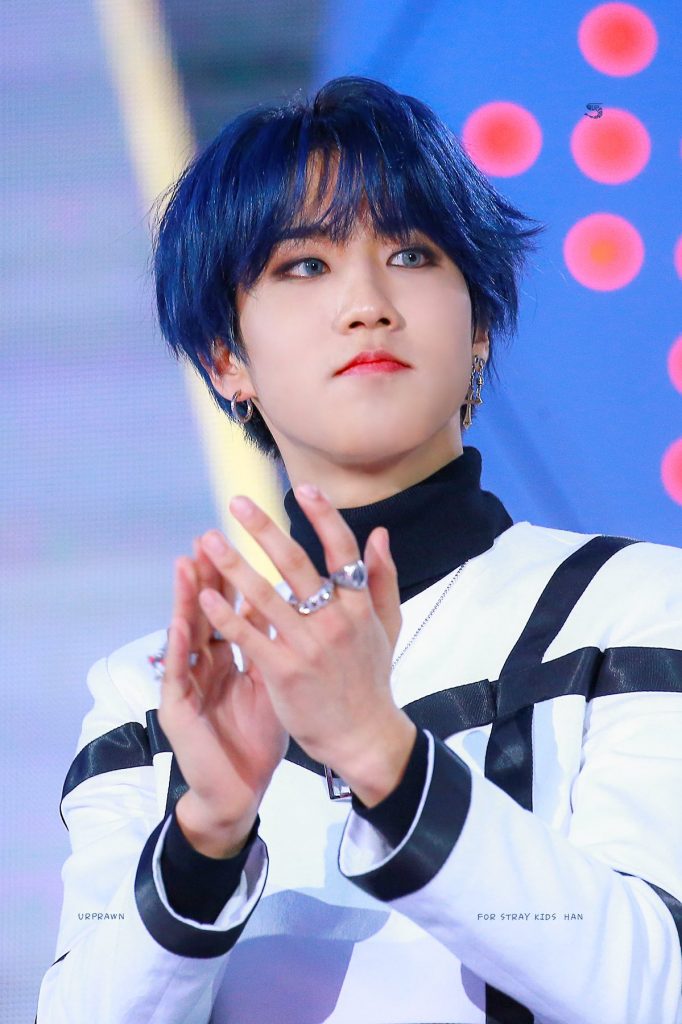 Oh my my – blue hair is definitely on our list as one of BTS’ V’s supreme hair colors! Known for his ability to turn just about any color extremely beautiful when it touches his hair, the singer made the color blue look extra magnificent for their recent comeback with “Boy with Luv”. 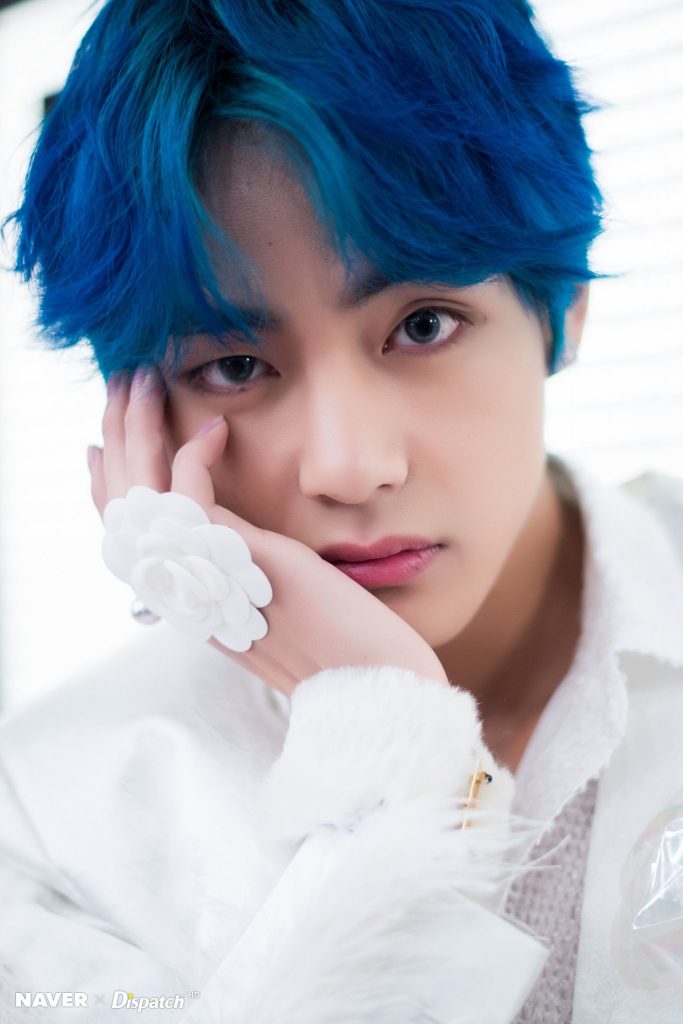 For their recent comeback with “Eclipse”, GOT7’s Youngjae blessed Ahgases with very eye-catching blue hair which, we admit, directs a lot of attention from us while watching their music video and whenever they go up on stage! 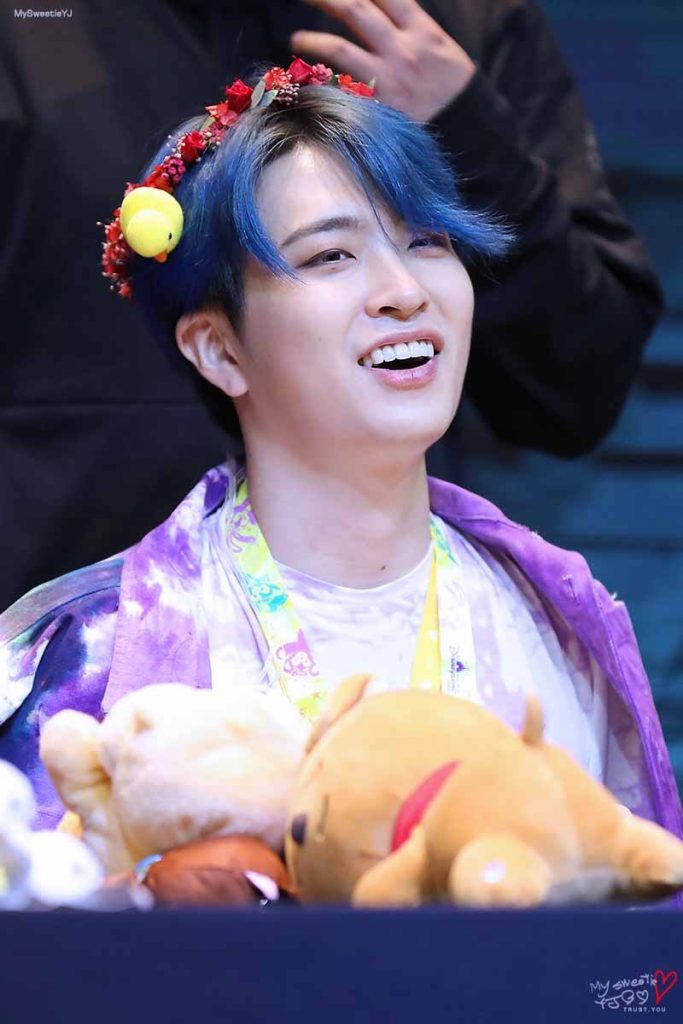 The Super Junior member looked dangerously great in both his hair’s color and cut – and we’re not complaining. This vibrant hue seemed like a perfect fit to one of the K-Pop industry’s top visuals like Donghae, for sure. 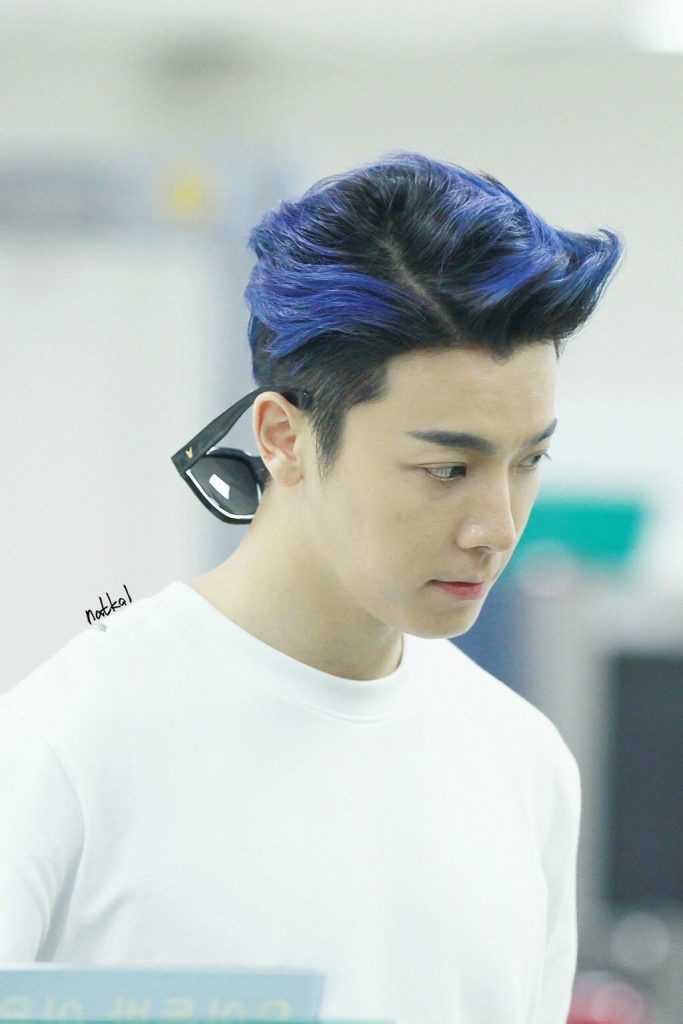 The Boyz’ Ju Haknyeon left us breathless during the music video reveal of “No Air”, where he sported his new magnificent blue hair. Unlike everyone else’s striking shades of blue, Haknyeon chose to dye his locks a lovely midnight hue for a subtle yet still stunning look. 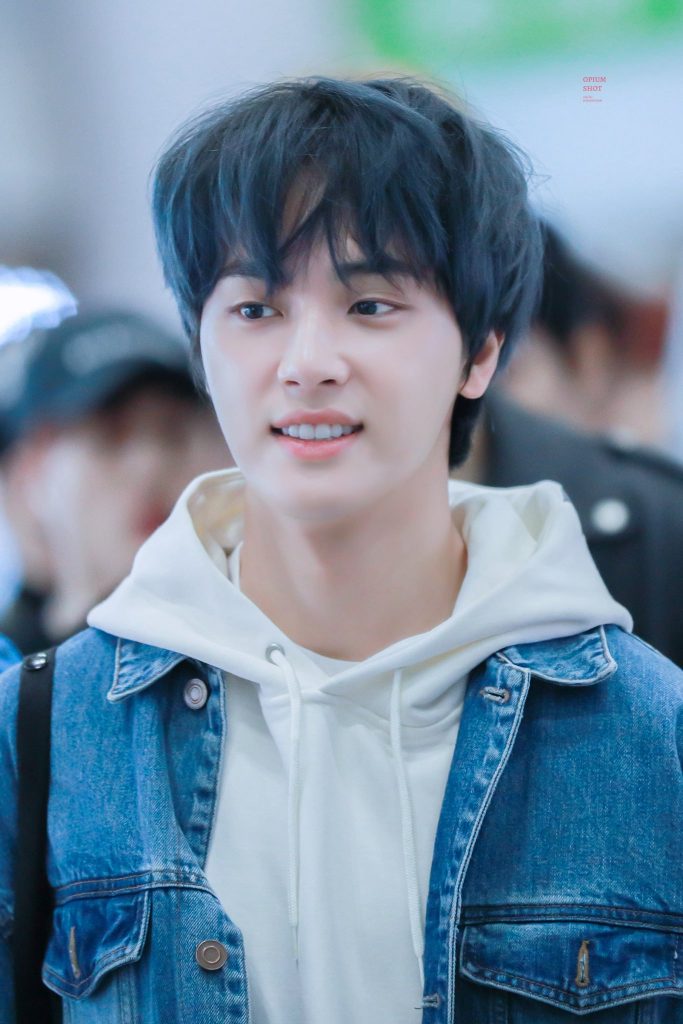 We really wish more people talk about NCT’s Jisung and his blue hair because we firmly believe that it is among his top, superior looks since his debut! Doesn’t his bright blue hair reflect his personality, complement his youthful charms, and just make him look overall dreamy? 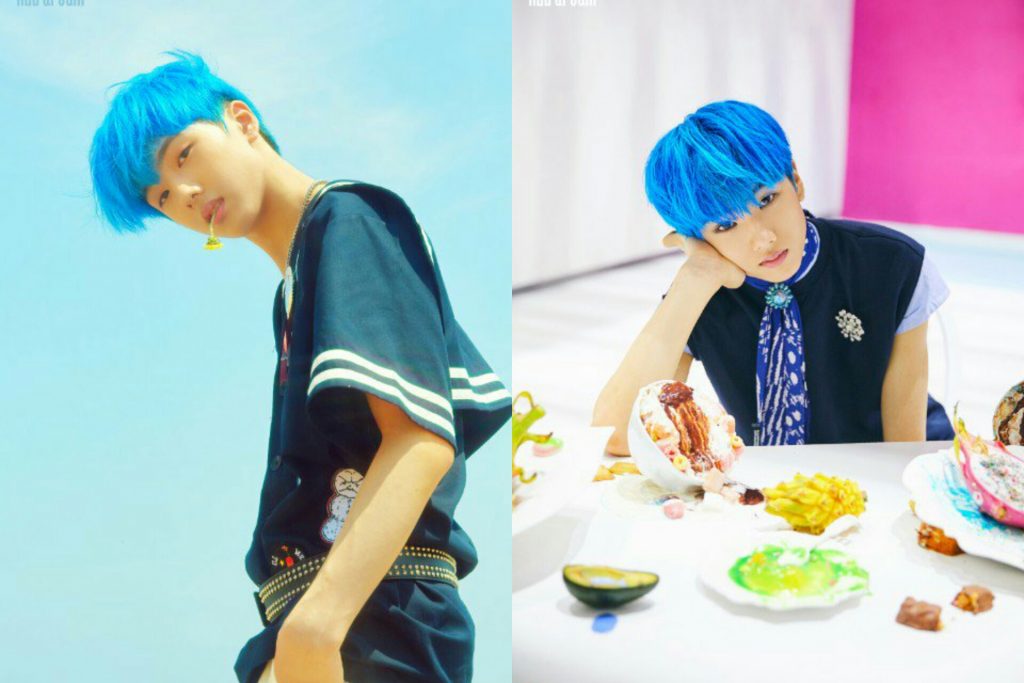 We really, really liked this shade of blue on Seungyoon’s hair during WINNER’s music video for “Everyday”! Such an exquisite look can surely capture millions of hearts – and we’re sure Inner Circles will agree with this fact. 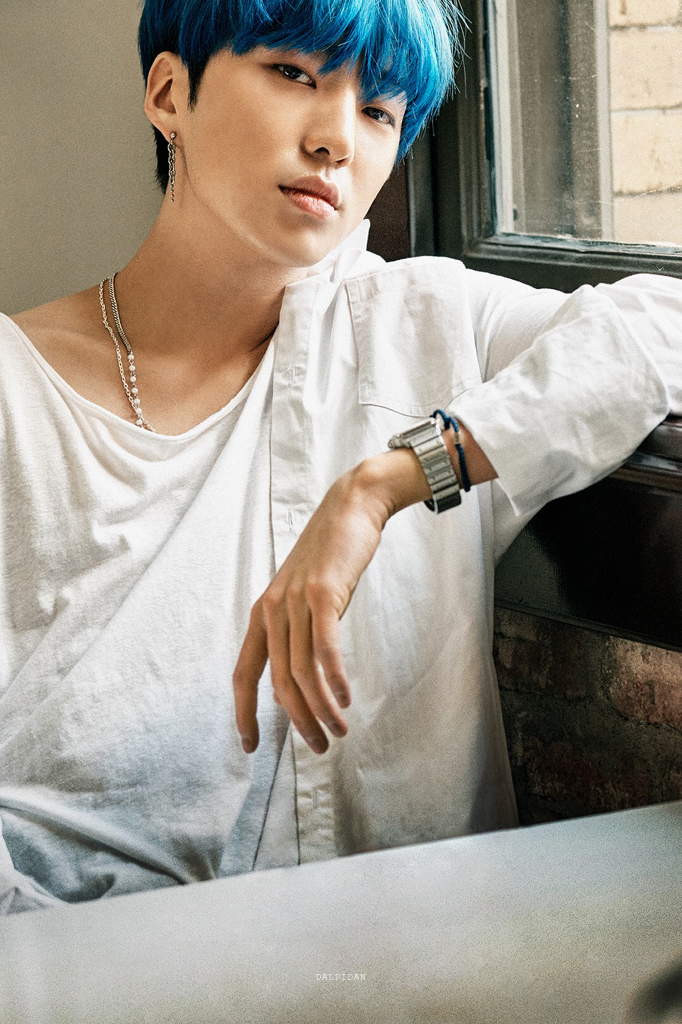