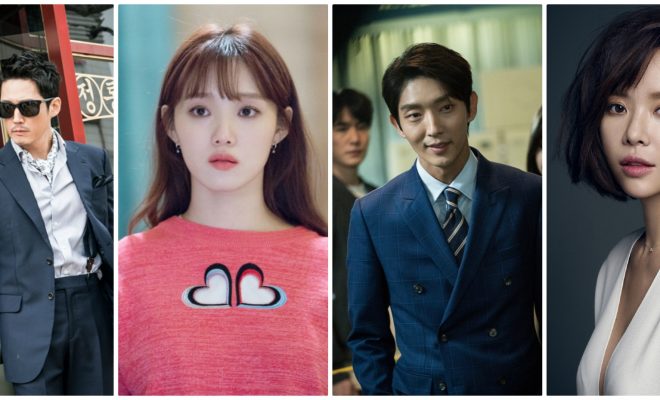 2018 May Korean dramas boast popular and reliable actors ready to impress with a solid lineup of interesting narratives.

The last surge of spring means a new set of Korean dramas to run for 2018 May broadcast. Unlike the predominantly romance themed stories for the last two months, this coming month readies a balanced roster with variety of stories to choose from.

We see romance, fantasy, thriller, crime, legal and medical genres to anticipate next month. Go check out which will suit your taste! 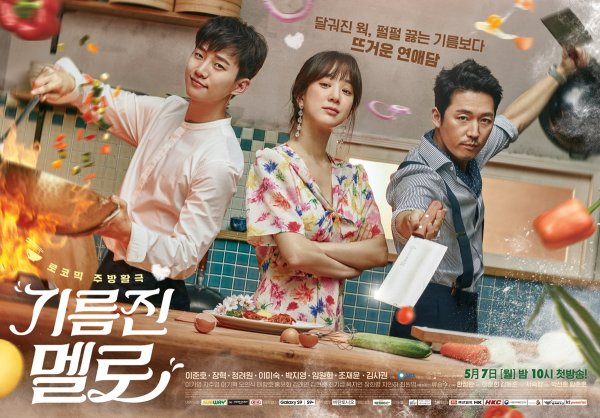 Wok of Love (aka Greasy Melo) whirls the story of a star chef who reaches rock bottom, leading him to work in a neighborhood Chinese restaurant.

If you love dramas Jealousy Incarnate, Miss Korea, and Pasta, then chances are you will save the date for the new project of Writer Seo. Her clever writing usually mixes perky storytelling that highlights the comic and emotional sides of characters evenly. She also has a knack on sketching strong heroines. PD Park who worked on last year’s Suspicious Partner will direct the series. The eat-pray-love concept will be driven by actors Jang Hyuk, Jung Ryeo Won and Lee Jun Ho.

Wok of Love premieres this May 7 on SBS. 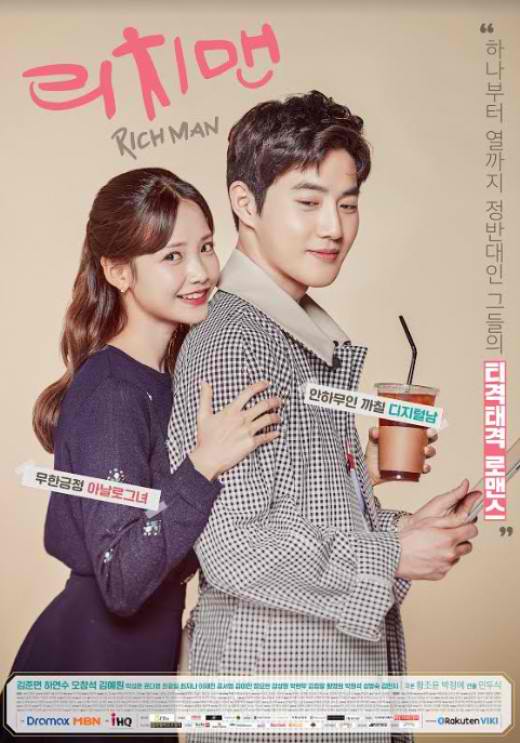 Rich Man is set to capture the romance of a genius  businessman, who does not recognize the face of his first love and a woman with eidetic memory.

Suho is up to play the role of an innovative CEO, Lee Yoo Chan. A self-made man a la Steve Jobs, who has built his company with his superb ideas. Unfortunately, he is suffering from facial recognition disorder.

He is up to stir romance with adorable actress Ha Yeon Soo, who is tasked to portray the optimistic lead girl with photographic memory. Having main leads with beautiful visuals and quirky attitude would definitely ramp up the love chemistry for this new rom-com.

Rich Man will broadcast simultaneously on MBN with Dramax at 11 p.m. on May 9. 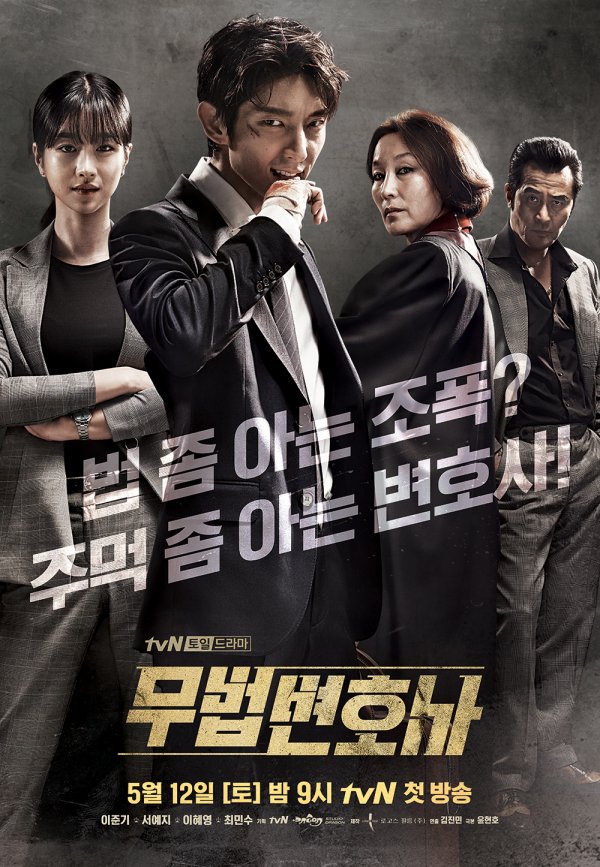 Lee Joon Gi is set to challenge himself with his first lawyer role after notable historical drama hero characters. After witnessing his mother’s miserable death when he was young, his absolute mission is to avenge his mother’s unfortunate death.  The character sketch for the actor’s newest venture reportedly circles on a “lawyer who wields a lawless law under lawlessness”. He uses flawless techniques with his fist as an attorney, who dreams of a justice well-served through righteous government rules

Lawless Lawyer is slated for May 12 broadcast on tvN! 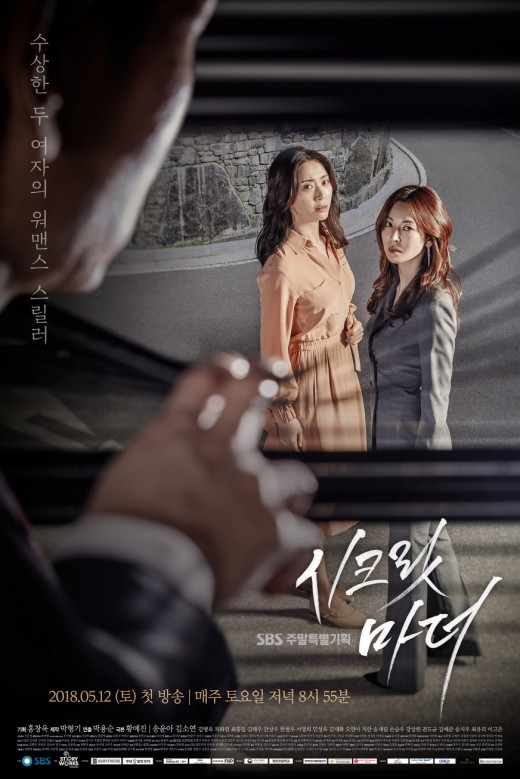 Kim So Yeon and Song Jae Rim pair up for mystery thriller Secret Mother. The cryptic drama depicts the story of a surrogate mother seeking to unravel the mystery of her child’s death. Song Jae Rim will play the role of the detective who helps the mother in the story.

PD Park Yong Soon of 49 Days, Divorce Lawyers In Love and Wanted will be orchestrating the female dominated cast that spur the crisis between two women who do not know whether they can trust each other.

Secret Mother airs every Saturday on SBS starting May 12. 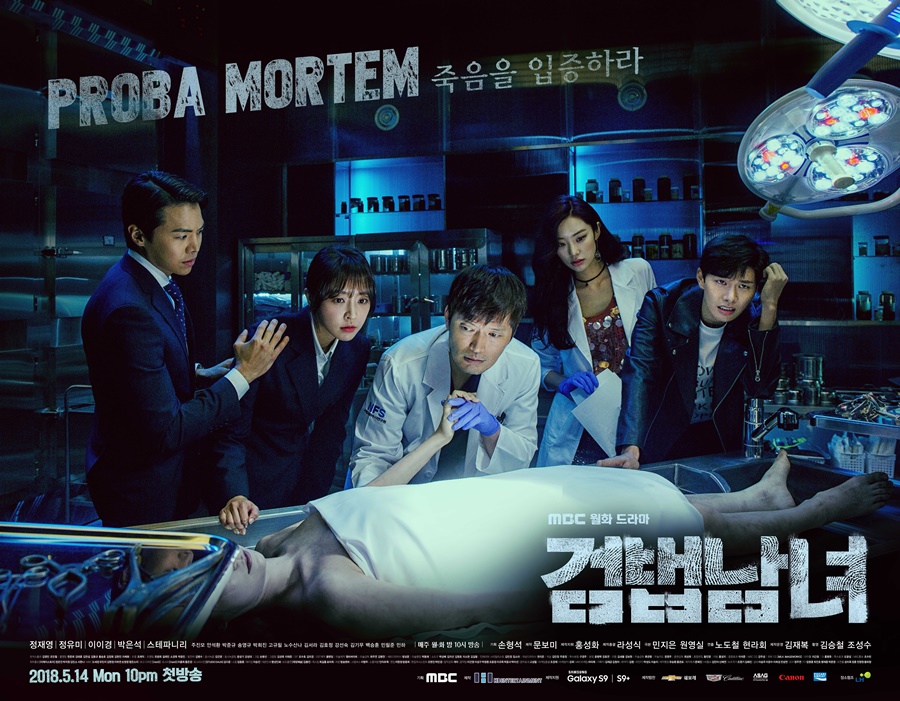 Veteran actor Jung Jae Young (Duel) will challenge himself on enthusing crime drama about forensic investigation. The story features a prosecutor and a forensic scientist working in National Institute of Scientific Investigation as they probe the cause of death on the cases they handle. 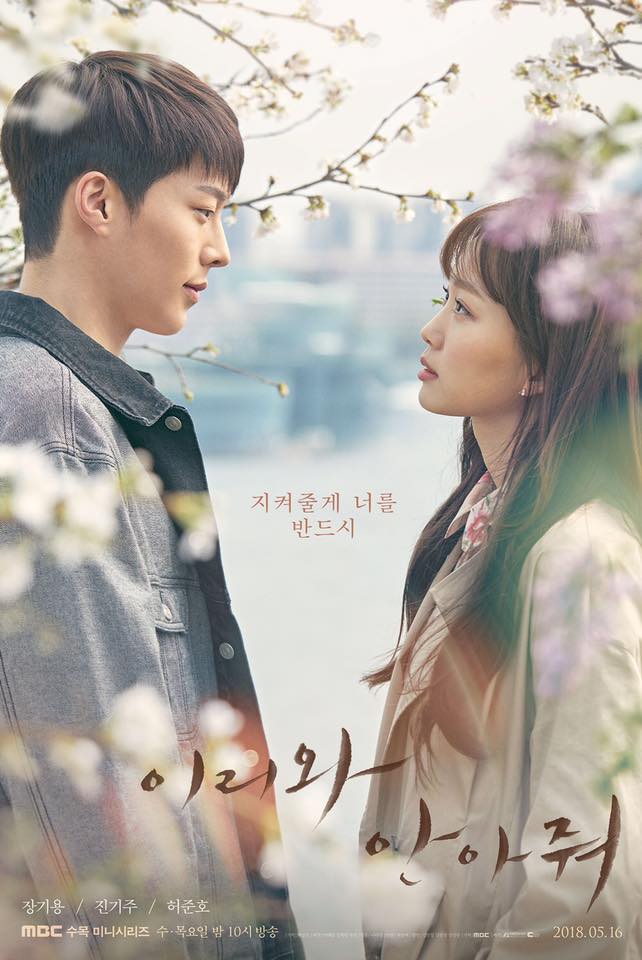 Come and Hug Me depicts the fate of men and women who are linked together due to a murder incident. It will highlight the story of people who seek hope in an incomplete relationship. It also treads on the journey of people who are trying to be happy.

Jang Ki Yong (My Mister, Go Back Couple) takes his first lead man role as a police officer, who has gone through an unfavorable period of growth. In order to catch a criminal, he lives with the family of the abuser and the victim’s family. Jin Ki Joo (Misty) takes on as the heroine of the story, who will draw a romantic relationship with the hero.

Come and Hug Me takes over the midweek spot of MBC on May 16. 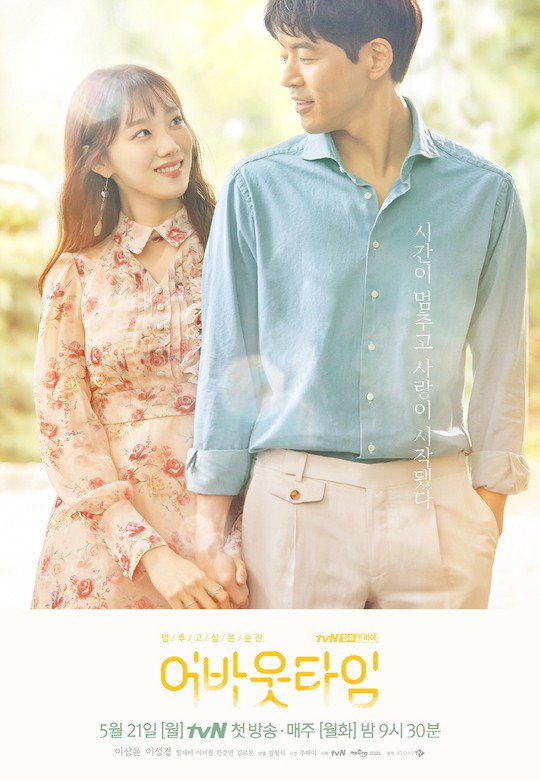 Lee Sung Kyung (Weightlifting Fairy Kim Bok Joo) headlines the supernatural love drama about a woman who has the ability to see the “life clocks” of humans around her. Lee Sang Yoon (On The Way To The Airport) plays the lead man for the ambitious time-bending project of tvN.

About Time is scheduled for May 21 premiere on tvN. 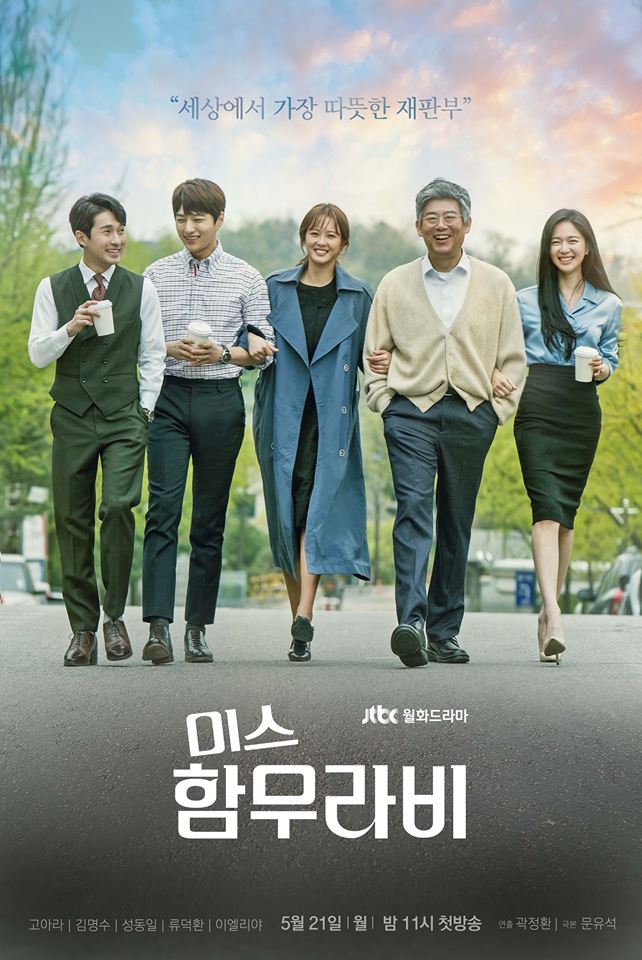 Based on a 2016 novel of the same title, Miss Hammurabi takes on the legal world background, with enthusiastic courtroom judges up to provide ruling on common cases that viewers would most likely be able to relate to. The pre-produced legal drama secured a stellar line-up, which includes Infinite L, Go Ara, Ryu Duk Hwan, Lee Elijah, and veteran actor Sung Dong Il (Reply Series).

Judge Moon Yoo Seok, who is currently serving as Chief Judge of Seoul Eastern District Court, adapts his novel for television screenplay alongside PD Kwak Jung Hwan (K2, Neighborhood Hero, Chuno), who will call the shots of the story flow.

Miss Hammurabi begins on May 21 via jTBC. 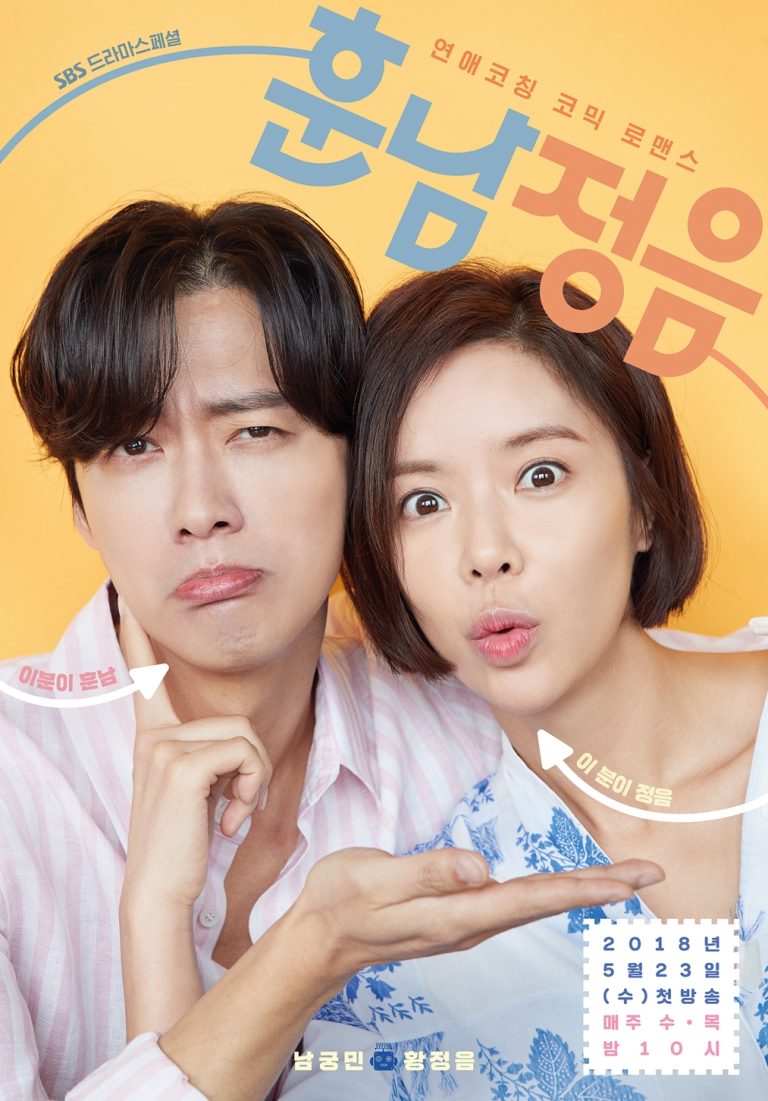 Nam Goong Min and Hwang Jung Eum reunite since their last drama Can You Hear My Heart? It is a romantic comedy about a man who refuses to love and a realistic woman who dreams of love, but abstains from having it.

They collaborate to help the romance of aspiring relationship seekers, and to realize the authenticity of human relationships leading to a step closer to real love.

Handsome Guy and Jung Eum takes the midweek slot of SBS after Switch Change the World on May 24. 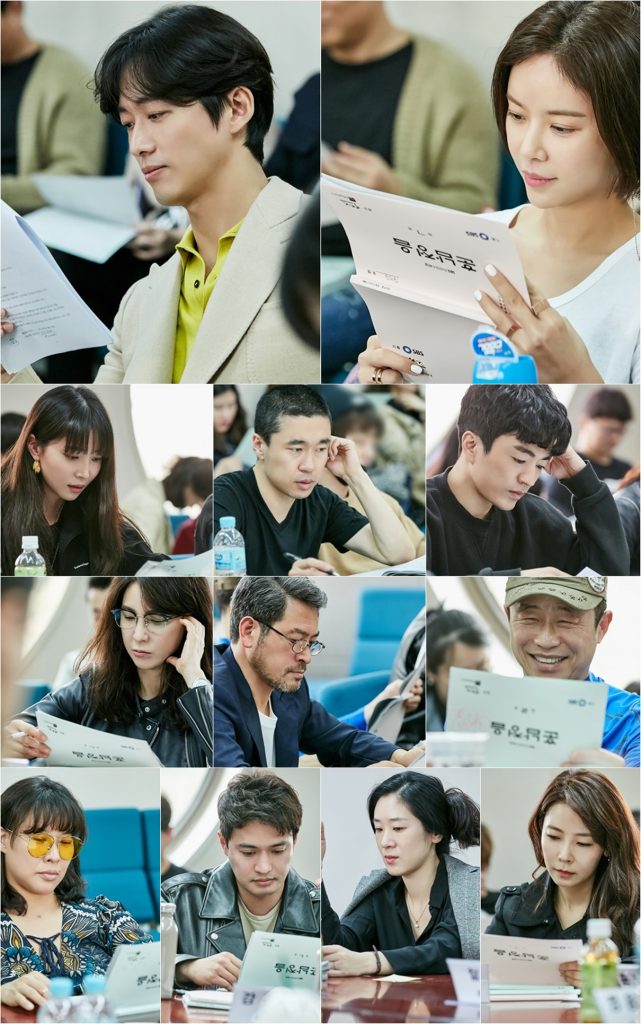 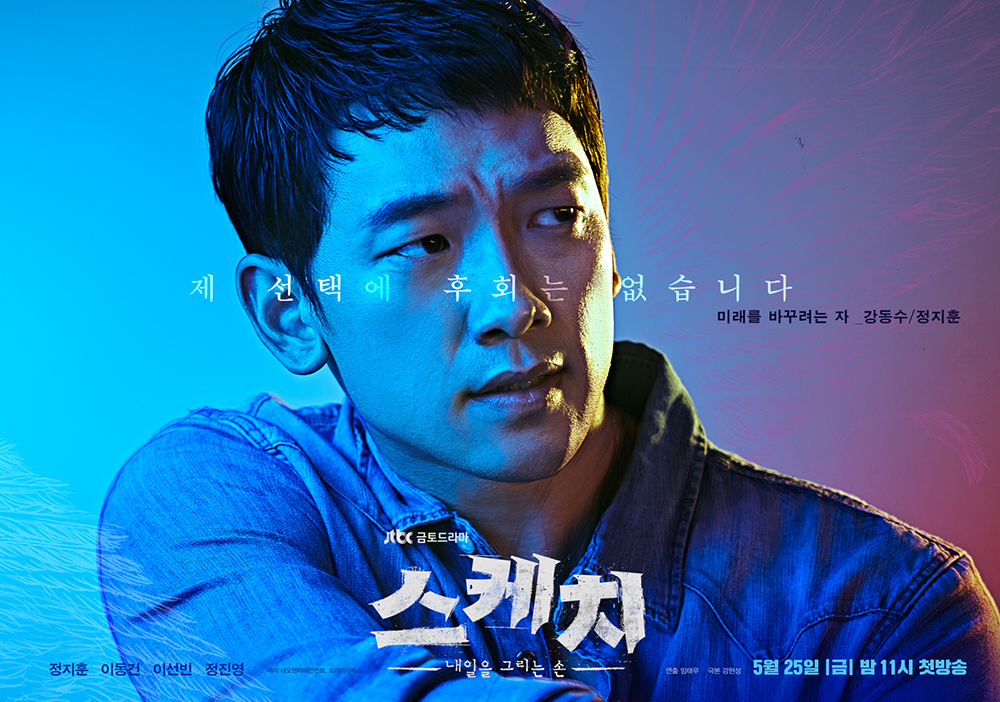 Jung Ji Hoon (Rain) and Lee Dong Gun were in 2003 romantic comedy Let’s Go To School Sangdoo. This time around, the two will be playing the roles of an ace detective and an elite special force member.

They be confronting each other because of their loved ones, as one tries to probe on a case involving his lover, while the other plans a revenge after his pregnant wife was murdered.

Rising actress Lee Sun Bin (Police Force 88) takes the role of the woman who can predict what will happen in three days. She is set to pursue a murder case with the ace detective.

Sketch begins airing this May 25 on jTBC.

Mark your calendars for this new set of K-dramas coming your way this May!

Check out 2018 Korean Dramas that have aired so far below: