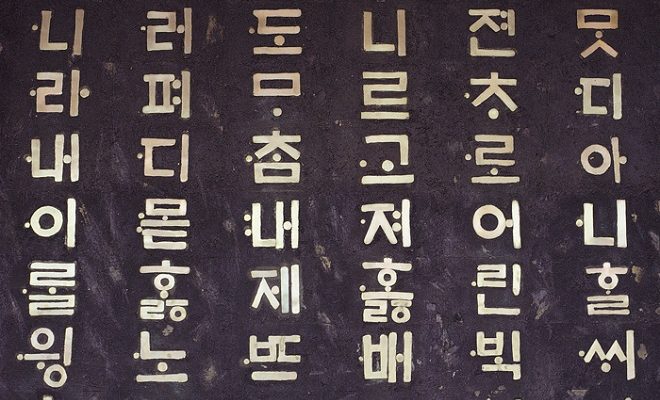 Why Korean Is Easy For You To Learn

We have five reasons. What other reasons do you have?

The experts say that Korean is one of the hardest languages to learn, and there is definitely some truth to that. However, one thing to consider is why people learn languages in general and the effect that reason has on the amount of effort it takes them to learn.

Students need to learn languages because it’s mandatory; businessmen learn because their companies tell them to; people who immigrate to a new country have no other choice.

But what about you? Why do you want to learn Korean?

Here are 5 reasons why Korean is easy for you to learn.

Note: If you want to start speaking Korean right away, you can sign up for 6 free Korean lessons here.

1. Your obsession with K-Pop

You love K-Pop and can’t get enough of it. You listen to it all day and spend your evenings watching YouTube videos of your favourite stars…who are all singing in Korean. And because of the repetition of K-Pop songs, you’ll hear these words over and over…and over.

You already have these words in your head, even if you don’t know what they mean quite yet. Once you learn the meanings, these words will be yours for life.

2. You can’t get enough of Korean Dramas

As in the case with K-Pop, the Korean words that you hear over and over are in your head somewhere. Once you start actively studying Korean, you will come across words that you already know that can then be added to your overall Korean vocabulary. Think of how many times you have heard “Sa-rang-hae-yo??”.

Thanks to the American influence on Korean culture, English has made its way into music, movies, and even the Korean language with Konglish (Korean + English). It’s pretty easy to understand what a ‘hand-phone’ is, even if you have never heard this word before. Konglish words are ‘free’ but as they are so commonly used, they are important to your overall understanding of how to speak Korean.

Hangul was created to make all Koreans literate.  It is easy enough to understand the basics to get you started on your Korean language adventure, which is not the case with learning to read and write, for example the Chinese or Japanese languages.

Note: You can learn how to read and write Hangul in its entirety here.

5. Because you love the Korean culture

Let’s face it – Korea has so much to offer that it’s easy to become enamoured with the entire Korean culture. Korean music, Korean movies, and Korean food seem to be just the beginning. Because of this newly found love, learning the Korean language doesn’t feel like you are studying it, but rather feeds your curiosity to learn more about the Korean culture.

Hellokpop, as an independent Korean entertainment news website (without influence from any agency or corporation), we need your support! If you have enjoyed our work, consider to support us with a one-time or recurring donation from as low as US$5 to keep our site going! Donate securely below via Stripe, Paypal, Apple Pay or Google Wallet.
93
SHARES
FacebookTwitter
SubscribeGoogleWhatsappPinterestDiggRedditStumbleuponVkWeiboPocketTumblrMailMeneameOdnoklassniki
Related Itemsbeeline languagehangulKonglishKOREAKorean
← Previous Story Top 5 Korean Dramas To Watch This May
Next Story → Five Biggest K-pop Scandals