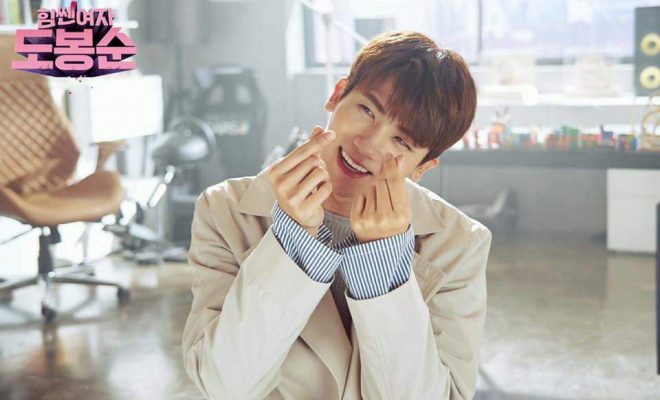 2017 is near to its end and it has been a terrific year for some well-deserved stars. We can confidently agree how it marks a new batch of Korean drama actors, who successfully rises from the second lead roster.

The common denominator of most of the Korean actors in this list is their superb relentless efforts to gain valuable experiences from their supporting roles.

The hard work eventually paid off as they are rightfully rewarded and constantly won projects that make the most of their abilities.  I can’t help but be amazed on how these men defied the struggles of being an actor to finally hit the pinnacle of their dreams.

Most of them climbed on the long tedious ladder of TV exposure to reach the lead man status which they truly deserve, while others have consistently improved their acting craft, leading to them constantly getting lead role offers.

Since we are close to the waning part of 2017 K-drama parade, it means we will soon hit the year-end recap for what transpired in kdramaland this year.

As of now, let’s kick off the year-end recap preparation by doting on these diligent Korean drama actors, who gave us the highs and happiness through their engrossing performances.

Here’s the rundown of the best and the busiest 2017 Hallyu actors, as we applaud their 100% commitment to deliver these notable drama series: 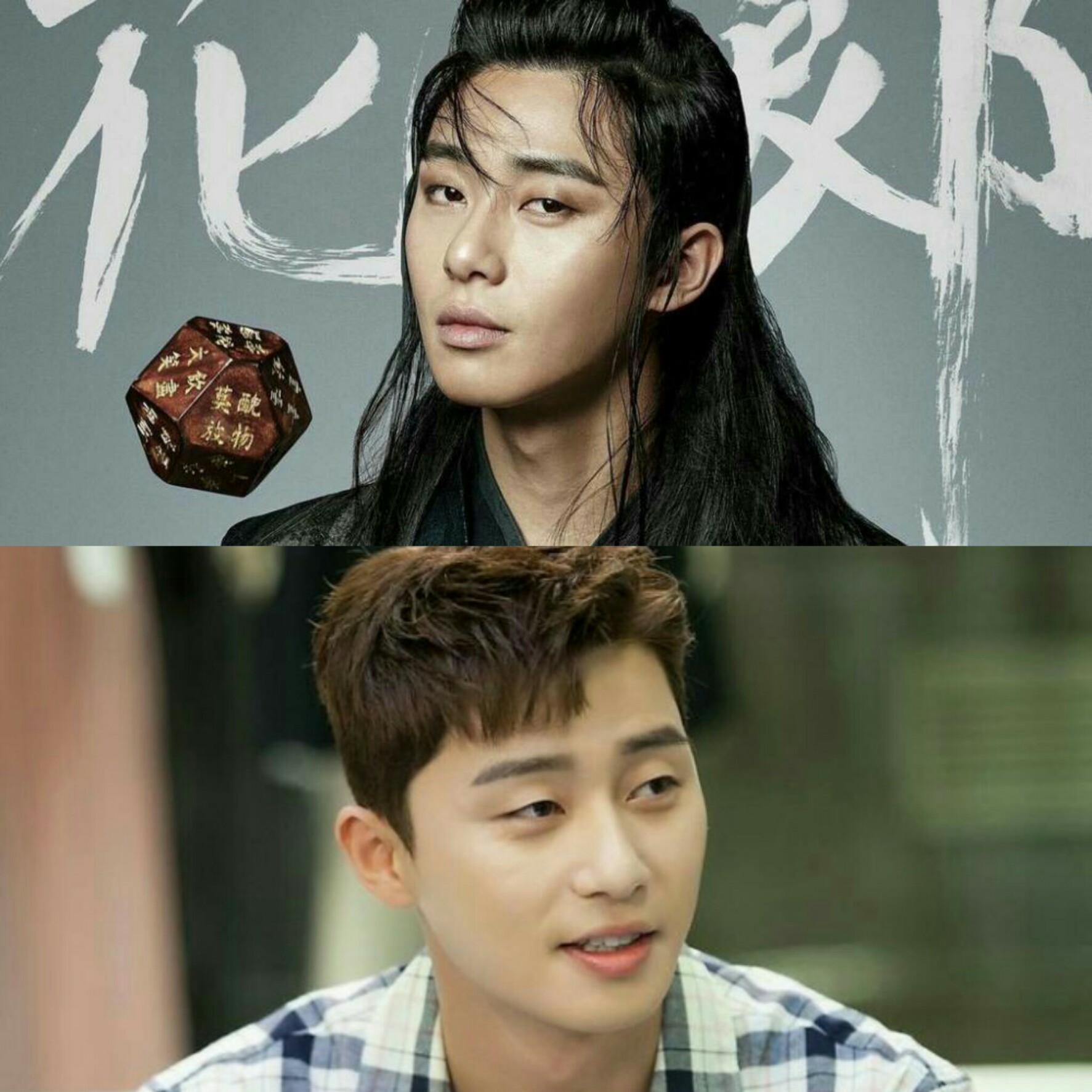 Although Park Seo Joon put his effort as the lead in Hwarang, the sporadic plot of KBS’s opening year offering failed to achieve decent ratings. However, he is a winner in the male-dominated cast. Park Seo Joon bounced back with feel-good friends-turned-lovers rom-com Fight For My Way. There, he played a familiar character, who takes a chance on finding his dream again, while crossing the boundary with his best friend, who eventually becomes his woman. His “normal” guy role surprisingly weakens the ladies’ hearts, who are usually drawn on rich-boy-poor-girl love stories. 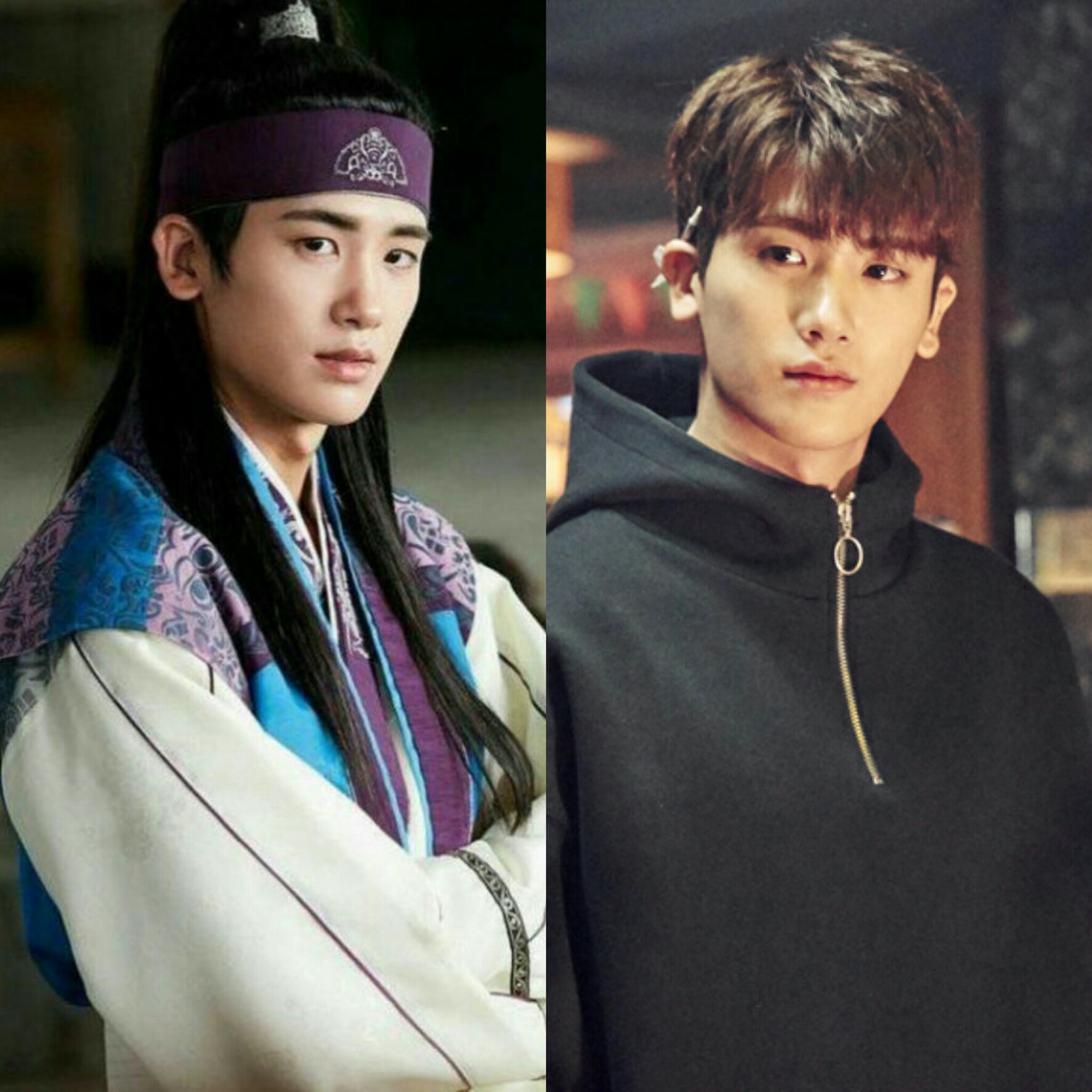 Armed with smoldering gaze and suave Hwarang long mane, Park Hyung Sik reaped the hard work from his previous projects by securing notable roles this year. Playing the role of a repressed Silla Prince who was forced to live in hiding by his mother, he shared sunny brotherhood moments with sons of Silla’s noble families, when they are forced to join a youth camp to strengthen the Kingdom’s future. The bromance-infused historical drama, which is based on Silla period’s founding army of robust and smart young men, failed to secure a coherent run but yet managed to propel ZE:A’s Park Hyung Sik to land his most buzz-worthy drama – Strong Woman Don Bong Soon. Competing with powerhouse SBS legal drama Defendant, the refreshing rom-com of a girl, who has an inherent supernatural strength, is wooed sweetly by the CEO of an online game developer company. The zesty on-screen chemistry of Park couple sparked the high ratings streak of cable network jTBC this year. 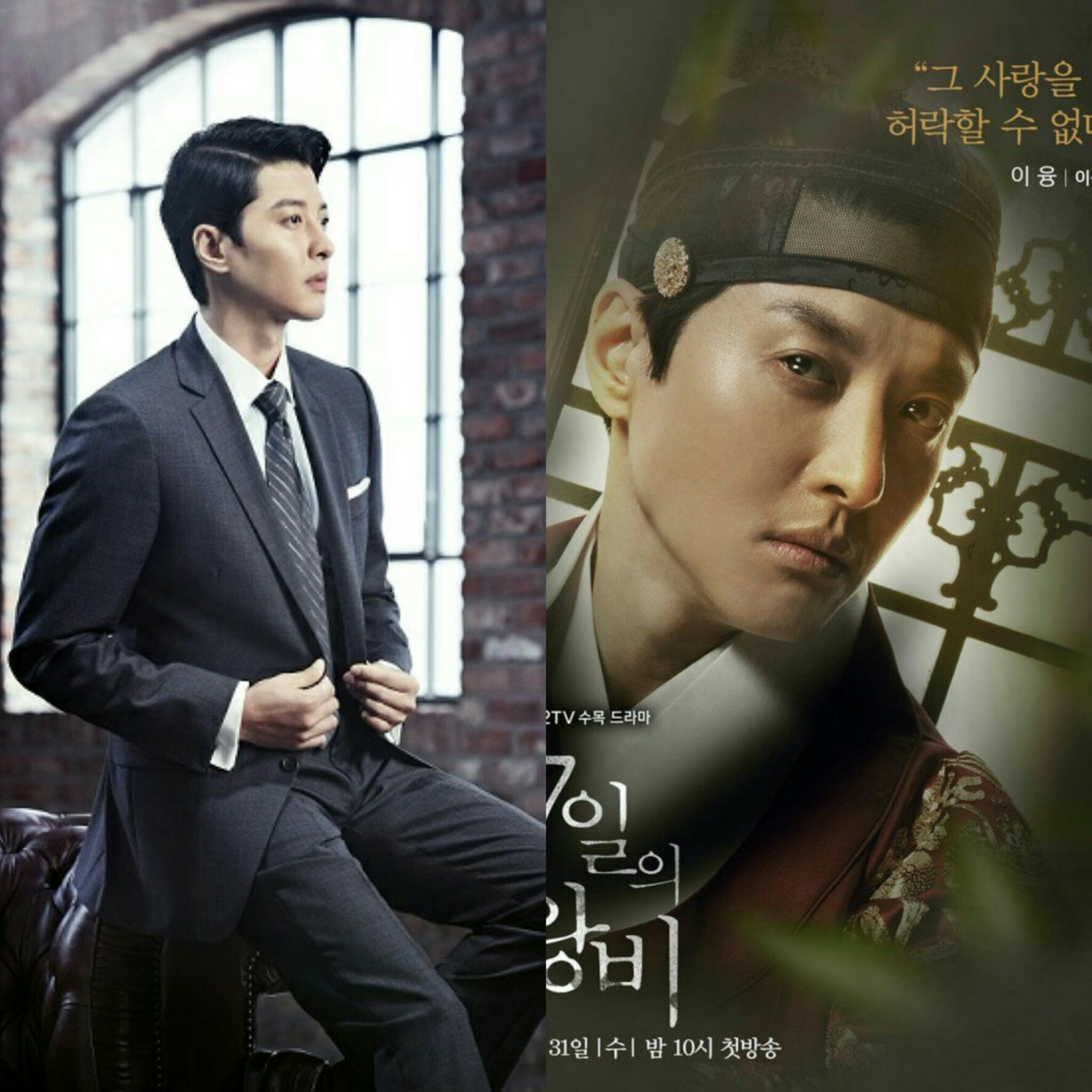 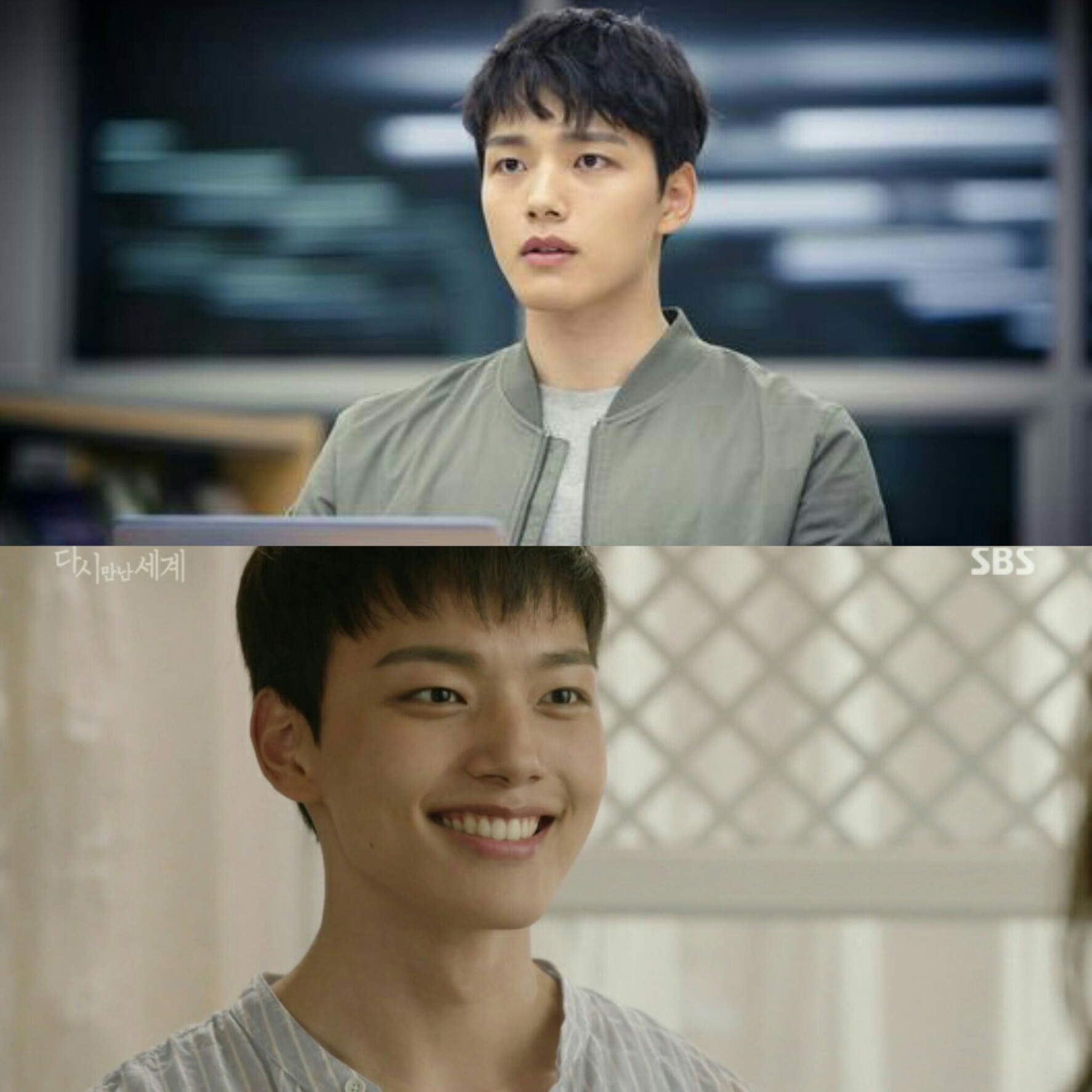 Starring in exceptional supernatural drama treats this year, Yeo Jin Goo effectively rode his part in TVN’s amazing sci-fi thriller Circle, and followed it up with the-dead-boy-who-lived-again fantasy story of SBS’s Reunited Worlds.  Both portrayals would warrant him an award as the best sibling in 2017 kdramaland. 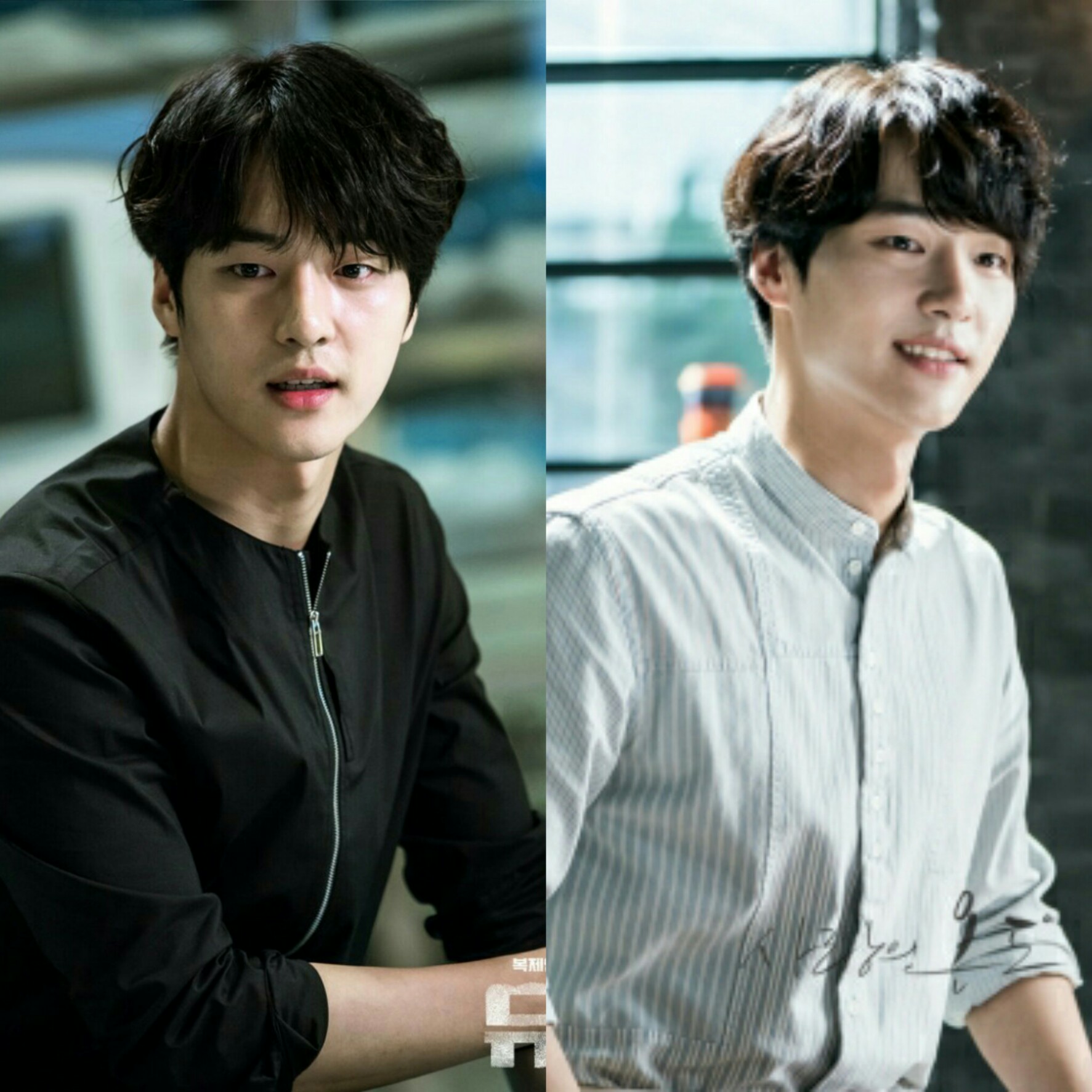 Duel is an exceptionally done sci-fi drama that I wish everyone would find time to watch along with Stranger.  Yang Se Jong is suited for a lead man status, even in his minor role in last year’s Romantic Doctor. So it is gratifying to watch his noona romance in Temperature of Love after his exhausting yet satisfying stint in Duel. 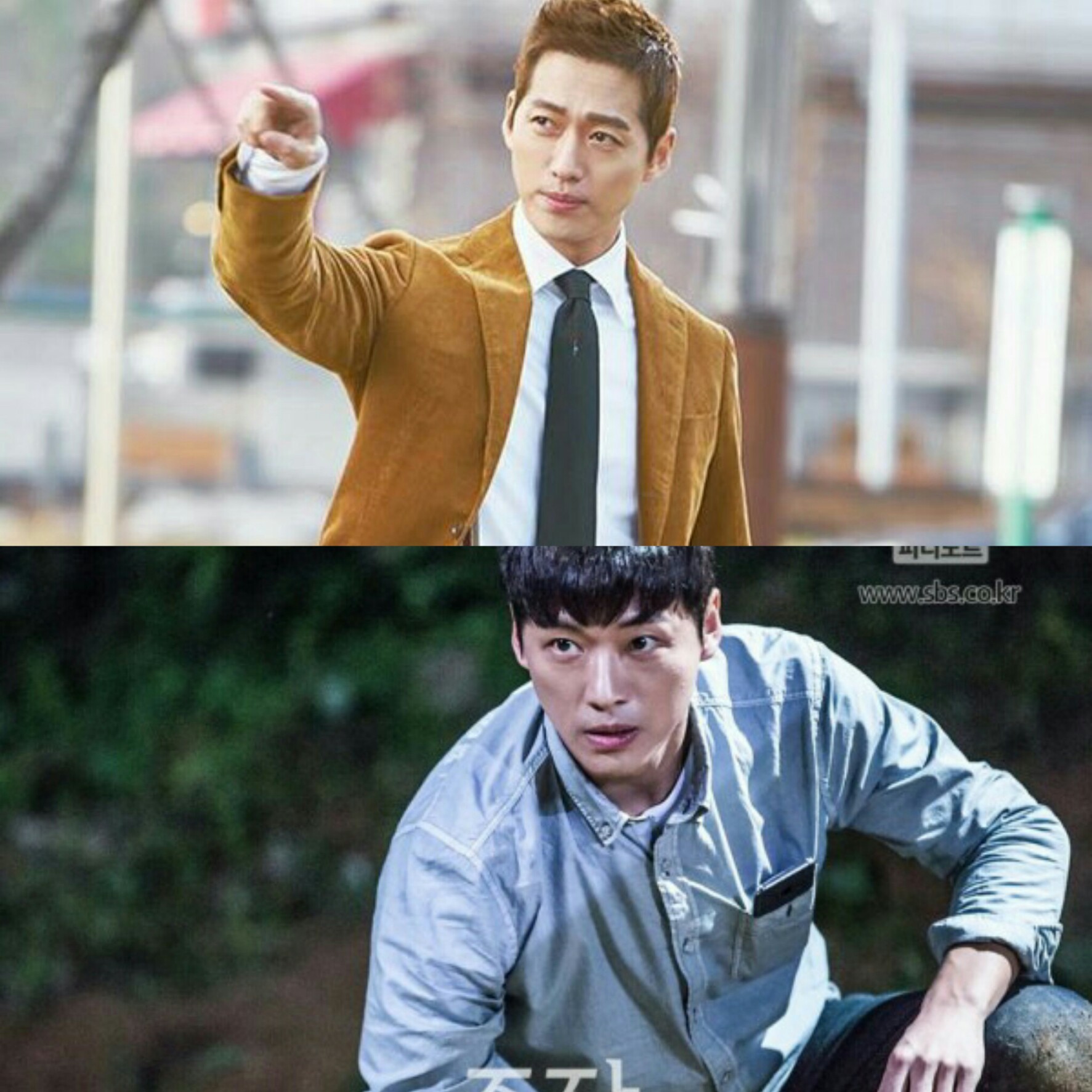 Known for his perceptive acting, Nam Goong Min, who keeps streaking lead roles since last year, is one of the most versatile Korean actors that can switch from villain to hero without much effort.  His charismatic Chief Kim stretch is a delightful run proven by its steady high ratings. Then he jumped to SBS’s media manipulation thriller Falsify as he continues his winning streak. 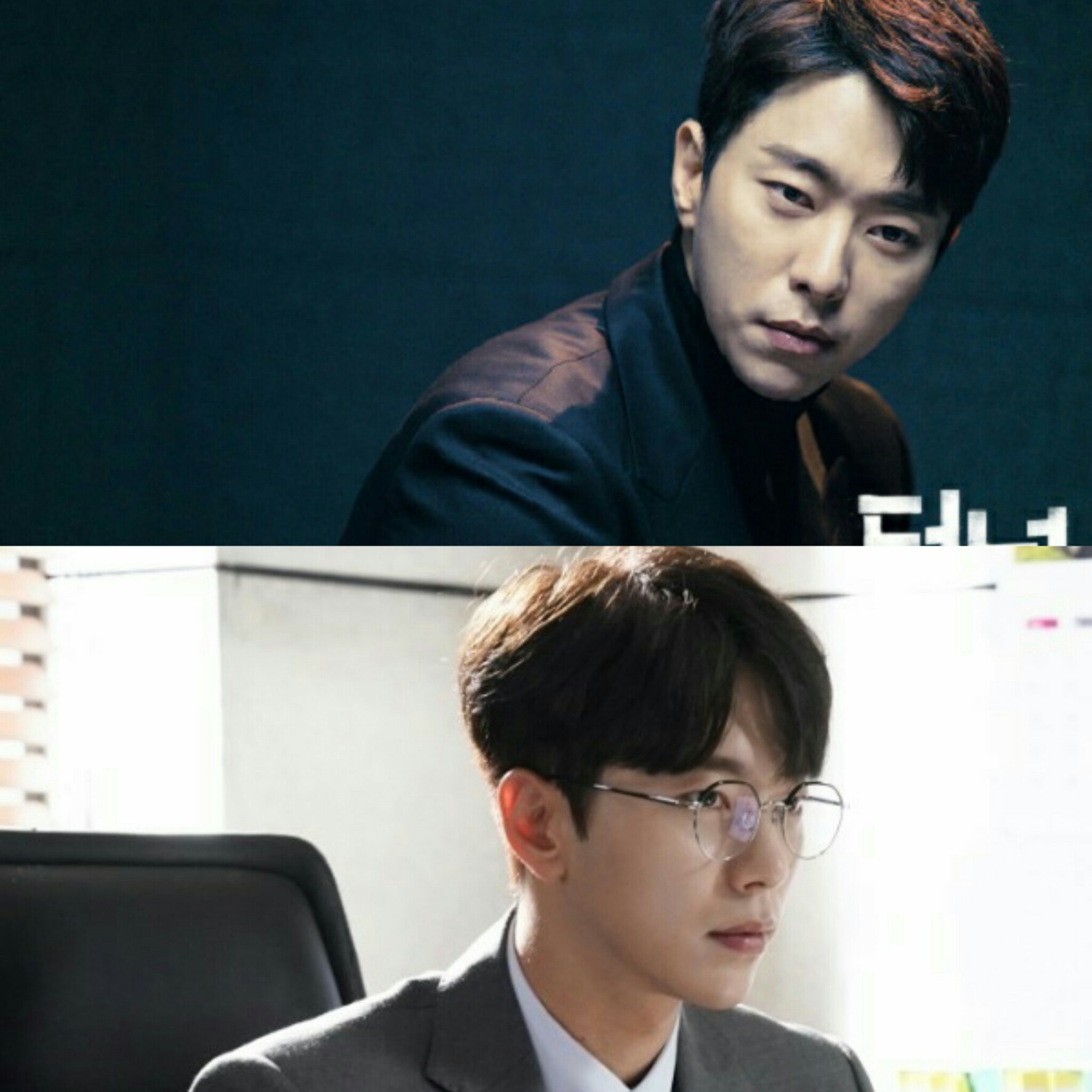 Former baseball player Yoon Hyun Min is a cute cast member of MBC’s reality show I live Alone.  He teamed up with Choi Jin Hyuk in OCN’s time-warp hit Tunnel as a detective who helps a time-traveler to solve connected murder cases of the past and present.  He is up to play the lead man to Jung Ryu Won in upcoming legal drama Witch’s Court. 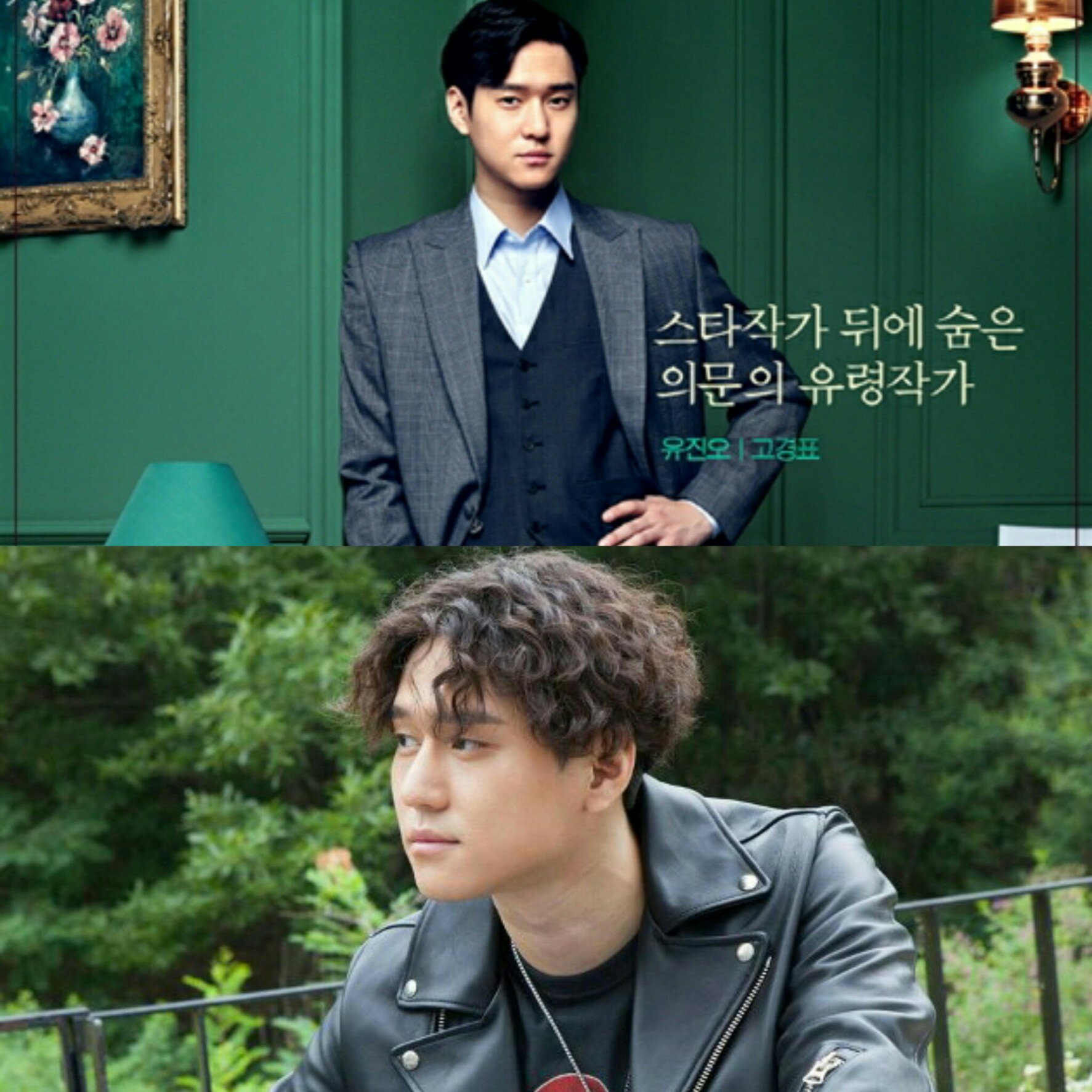 Go Kyung Pyo’s portfolio boasts a long list of supporting roles in film and television.  He is one of the actors that I really root for because of his incessant drive to experiment as an actor.  Playing a ghost from the past that ghost-writes for a famous novelist on a slump, Go Kyung Pyo sealed the comic relief of period-fantasy drama Chicago Typewriter.  He followed it up with his first lead role as the Strongest Deliveryman, who hauled decent ratings in its timeslot. 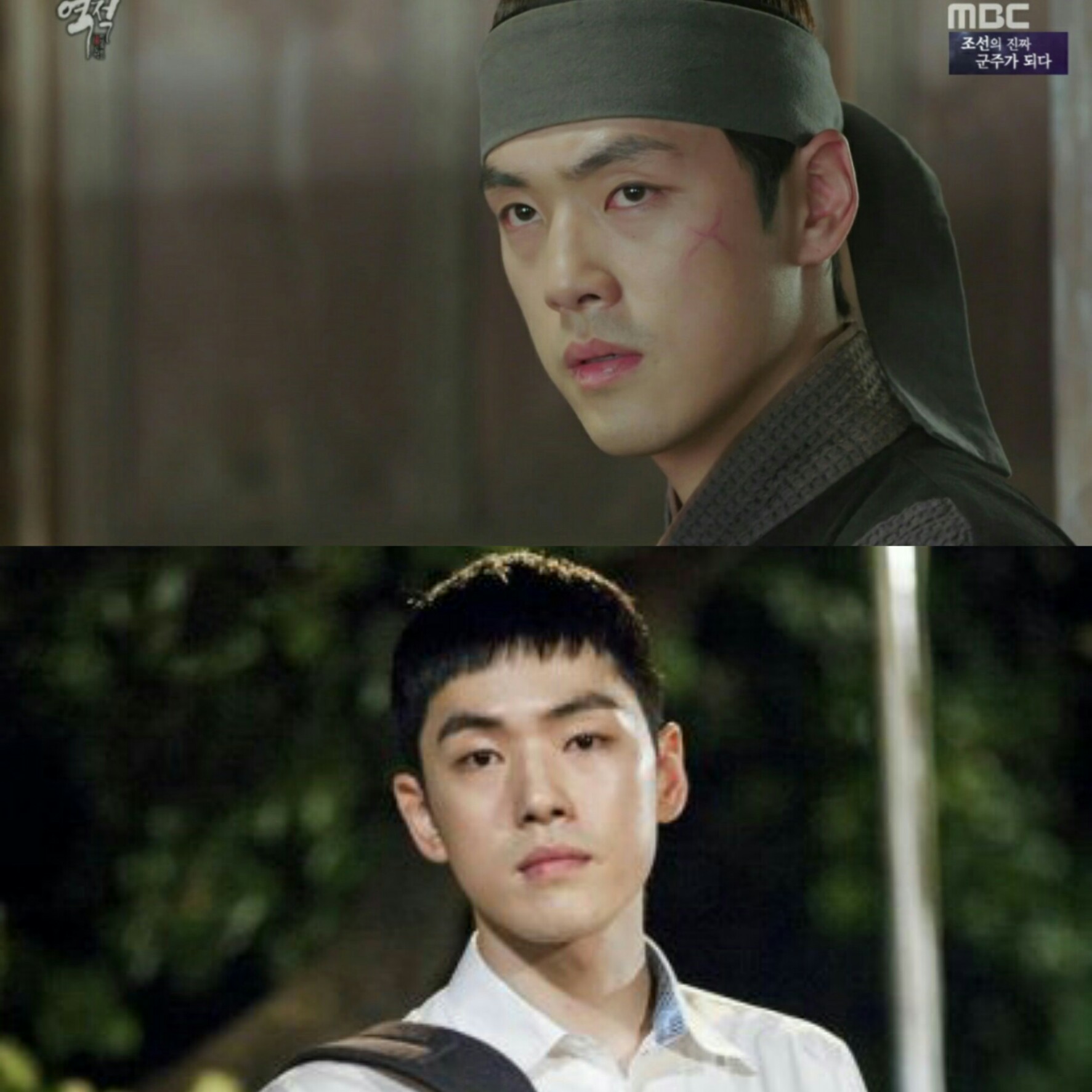 Rising actor Kim Jung Hyun is manly and serious in historical drama Rebel. Then he went sweet and prince-like in youth drama School 2017.  A relatively new actor, we are curious to see what other projects that he will work on in the near future. 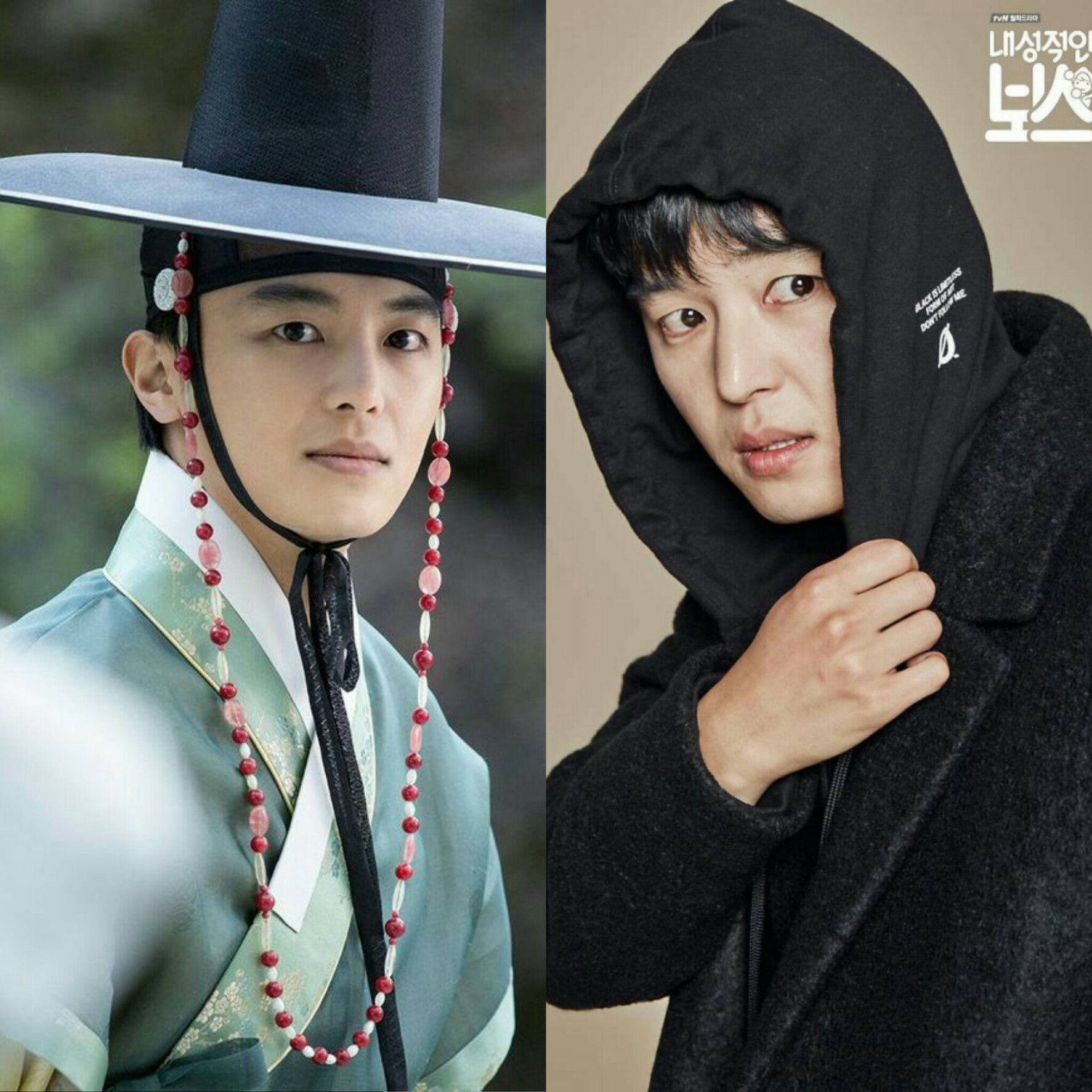 From Introverted Boss to a loving prince in Queen For Seven Days, Yeon Woo Jin showered kdrama fans with ample romance vibe for the roles he took this year.

Who is your favorite among these Korean actors?