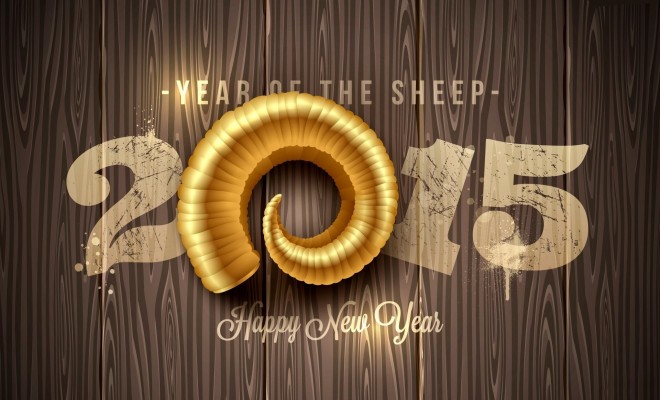 The 12 Zodiac Signs You Should Know for Seollal

Everyone welcomed 2015 on January 1 but this February, our Korean brothers and sisters also celebrate the Lunar New Year, or locally known as Seollal. This year, the new year of the Lunar Calendar falls on the 19th of February in the Gregorian calendar.

It is during this holiday, when families gather and reunite with their loved ones, especially those who are distant due to work or other personal reasons. It is also the day when they give back and remember their ancestors, or for us non-Koreans, when we see them wearing the traditional Korean clothes – hanbok.

2015 in the Lunar Calendar is “Eulminyon” or Year of the Sheep. It is one of the 12 zodiac signs from the 12 animal deities collectively known as “sibijisin”. Sibijisin comes from two Korean words, “sibi” meaning “twelve” and “jisin” meaning “gods of the earth.”

While we want to be as close as we can with our favorite Korean idols (and friends) this holiday season, let us try to get to know the 12 zodiac signs of the Lunar New Year and what luck this new year of the Sheep could bring to our artists.

Goat emphasizes greater trust and cooperation to empower careful, independent Rat. Embracing change helps you soar on the wings of your own ingenuity. Who says rats can’t fly?

Have the courage to surrender any habit or situation that no longer serves your best interests. Sensible Wood energy helps others appreciate down-to-earth Ox. Your loyalty and determination will be rewarded.

Tiger’s speed, brains, grace, and courage will be tempered by social Goat’s laid-back, nurturing ways. Refuse to be discouraged if faced with any disappointments or delays in March and April. The strength of your ideas is being tested.

As the year begins, things are unsettled. Don’t take this personally. There’s nothing wrong with you. Play to your strong suit: your ability to mix with others. Goat’s love of bringing people together makes this a power year for Rabbits to build lasting and influential contacts.

Peace-loving Goat encourages you to be more collaborative in pursuing your interests. A grounded, sensible Wood influenced approach spells success for any subject that arouses your passions.

Trust that what you must surrender (or lose) this year, you no longer need. Despite your sardonic wit, which not everybody understands, the friendly energy of Goat makes you a much more approachable Snake.

In Wood years, things take longer to mature. The analytic reasonableness of Wood helps you control your temper. It’s a big plus as Goat values diplomacy and team-building over going it alone.

Expect to find sympathetic friends wherever you go. This can lead to improved working or financial conditions. You simply have to have the courage to ask.

Wood years encourage slow growth and practical solutions. Monkey will find it easy to be in the center of projects where kindness, teamwork, and unusual collaborations open exciting doors of possibility.

Gentle, social Goat eases a tendency to judge the world and find it wanting. Not that you’ll be thrilled with people’s careless, incompetent ways. Influenced by Wood, you may discover benefits in being extra tolerant.

Goat optimism helps you see and appreciate the true value of all you do. Goat’s need for happy relationships coupled with the slow growth of Wood can help you heal and overcome any longstanding family problems.

Goat, beckons you to come out and play. By all means, just say yes.
Beware, though, of overdoing it – you don’t want to wake up on the floor wearing someone else’s glasses! If you let sensible Wood temper the urge to overindulge, this will be a year of growth and pleasure. Pigs just want to have fun!

Here at hellokpop, we believe that an individual succeeds with combination of passion and perseverance. We wish you good health, mind and spirit. May all your dreams and wishes for this new year come true.

Note that this article is only for pure fun. Any similarities with real life incidents are not guaranteed of the accuracy of the predictions in the said horoscopes. The artists whose names appear on this list were chosen randomly and in no particular order.