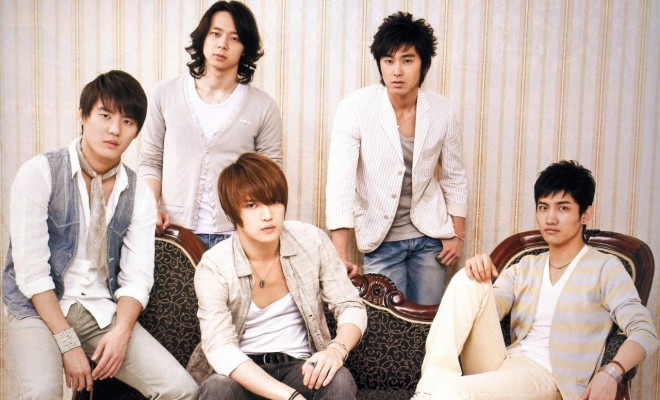 The Top 10 most influential DBSK songs of all time

DBSK, as five, boasted one of the largest and most loyal fan bases of their time. With hundreds of thousands of fans worldwide, the group garnered accolades unmatched by any other group in Kpop history. With the advent of the Internet and the budding era of social media, DBSK’s music and influence spanned the globe and touched hearts all around the world. In their heyday, DBSK was the only group in Kpop history to do what none of their predecessors could do: unify the world’s Kpop fans into one single fan base. No one truly believed that they could, that a Kpop group could do something so unbelievably substantial, but against all odds, they managed to do that and so much more. Even after the unfortunate events that occurred in 2009, DBSK, as two separate entities, has still continued to unify the fans in a myriad of ways, music being the most predominant.

In honor of the group that has so widely been hailed as the most influential Kpop band of the 2000’s, the group that has impacted the Korean music industry so succinctly and in so many ways, and in honor of their December debut anniversary, we compiled a list of the top 10 most well-known, most beloved DBSK songs released as five according to fans.

Amalgamated data is based on a non-scientific survey, conducted via social media, of 38,100 international, self-proclaimed,  DBSK OT5’ers -with approximately 43.5% of total base responding during the allotted period, and hellokpop staff.  Songs are listed from 10 – 1, number one being the  most voted song from a compiled list of over fifty Korean and Japanese songs released by DBSK between 2003 and late 2009.

Who can forget Rising Sun, the track that literally put DBSK on the map and solidified their place as one of the most popular Kpop groups of their time?

To any Cassiopeia, the addition of the group’s debut song Hug is an absolute “no brainer”. It was the first song they ever released, the song that first endeared the group to their budding fanbase, and a song that has forever stood the test of time.

A track that is almost as sinful to listen to as the music video is to watch. While lyrically Mirotic caught some flak from the powers after its release, and was ultimately altered under the guise of propriety for general broadcast, the song – in its original entirety – is still considered one of their ultimate best.

Taking number one on our poll, and winning by the proverbial landslide, was Love in the Ice with over 90% of respondents putting it in their personal top tens – and most deservedly so. One of DBSK’s best ballads, Love In the Ice is the auditory epitome of their legendary harmony and vocal talents, culminating in a perfectly decadent and nearly heartbreaking piece.

The following three tracks ended in a deadlock tie for eleventh place on our survey, garnering much love from the fans and ultimately losing out to this list’s winners by a mere two votes. In honor of the dedication of the fans, and their love for Yoochun, Junsu, Changmin, Jaejoong and Yunho, we felt it appropriate to include them as honorable mentions for this Top Ten list.

What did you think of our top ten list of most influential songs by DBSK? Is there a track not listed here that should have been? Let us know!