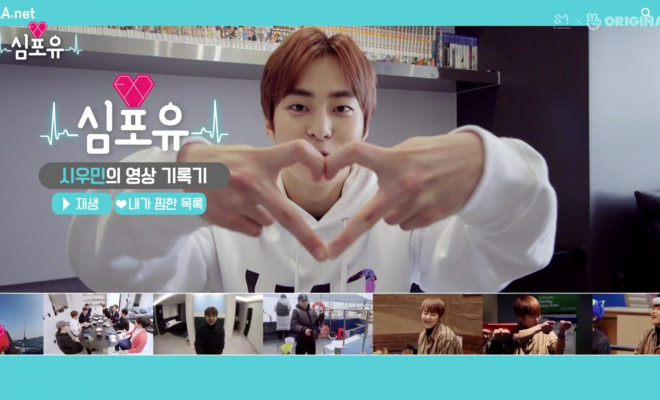 Have you watched the first episode of Heart4U featuring birthday boy Xiumin?

The first episode of EXO’s new reality show Heart4U premiered on March 25 via V Live. The new show, which follows a vlog format, will showcase the daily lives of the members, as well as their various sides and charms they may have yet to show in their seven years in the industry.

Eldest member Xiumin kicked off the series, bringing viewers along as he prepares to move out of EXO’s dorm and into his own house.

Here are the things we discovered (and re-discovered) about the singer-actor, who turned 30 years old in Korean age today. 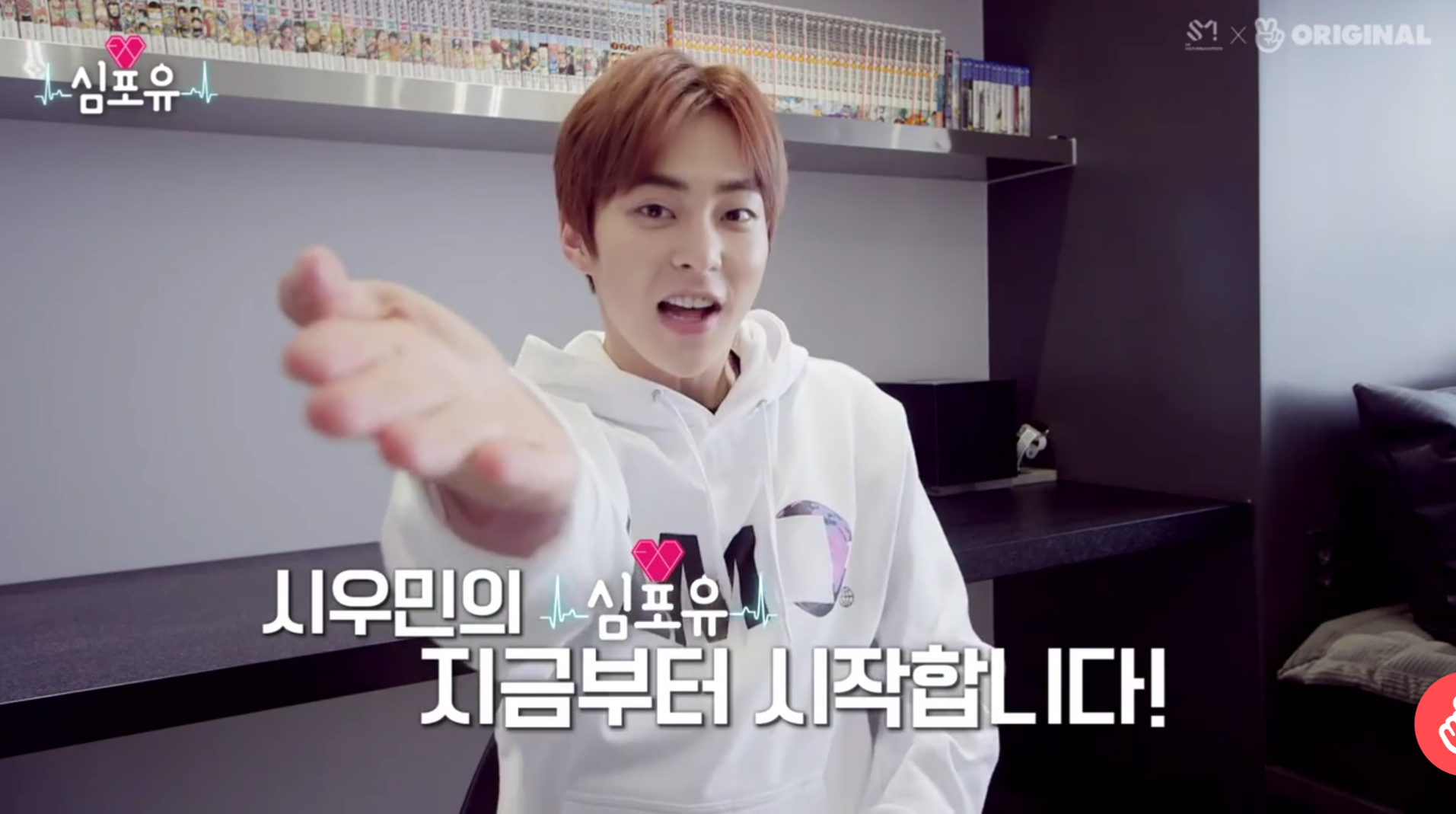 #1 He thinks he is unrecognizable without make-up on.

We are not sure if there is something wrong with the mirror Xiumin uses or he is really just a humble human being who does not see the beauty we see in him. Nonetheless, the idol started his vlog without make-up on (We can’t really tell, TBH).

“You might not recognize me because I don’t have make-up on,” he said, even warning viewers not to get surprised and to get used to it from now on.

The first episode of Heart4U gave us a glimpse to the process of Xiumin’s move to his new house. He also took viewers to his meeting with his house’s interior team, as well as a look to the unfinished interior.

Additionally, he shared his excitement in having his own house. “I’m moving to my own house. It’s the first house of my own. I’m super excited,” he said.

#3 Having his own house motivated him to work hard. 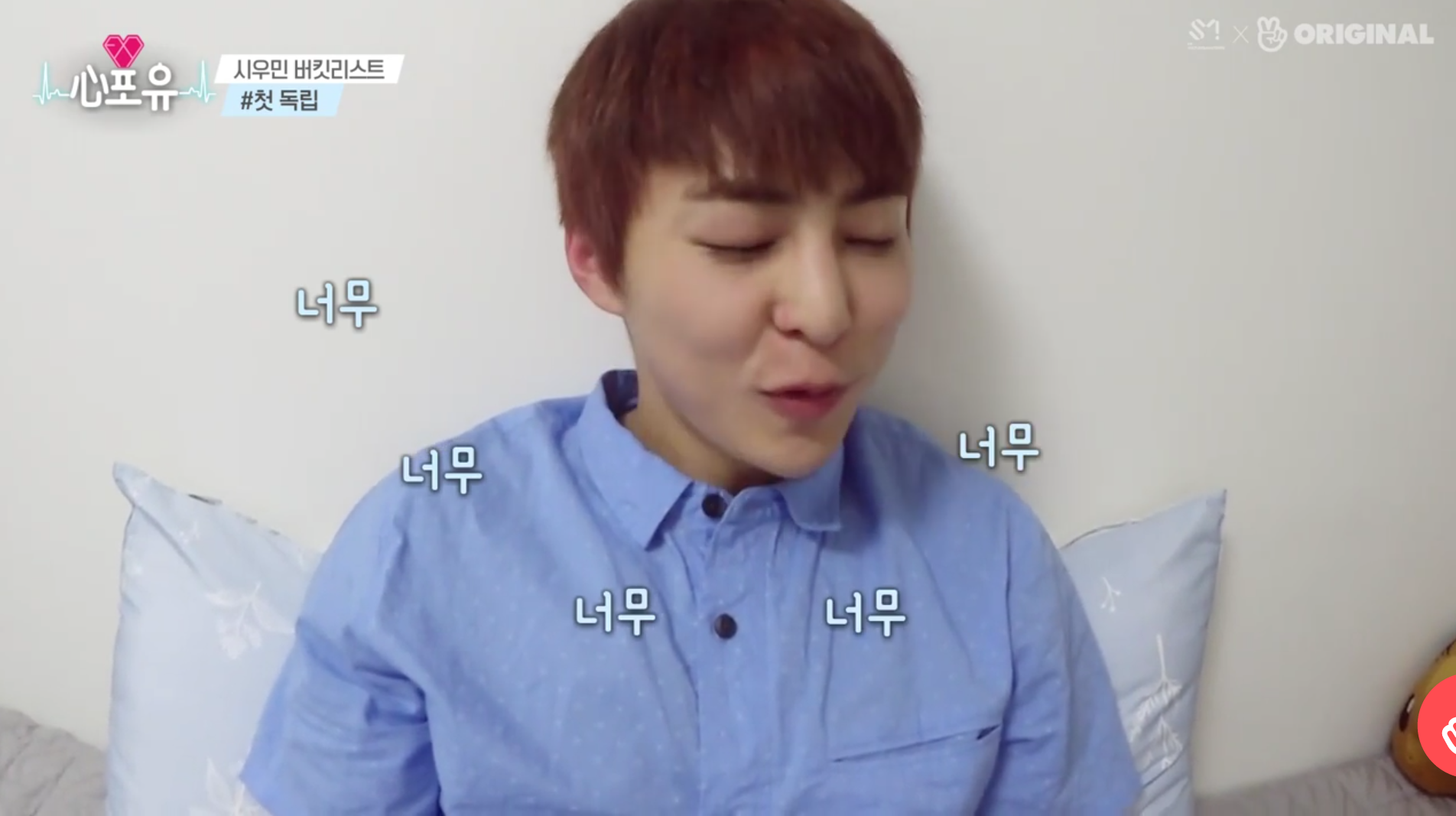 #4 He cares about the house’s moisture.

“There’s a humidifier in the living room, but it’s covered at the top. It gets humid. I was worried that the moisture would reach the ceiling and cause trouble,” he told the person in-charge he need not worry as they had consulted an architect regarding the issue.

#5 Sofa, table, and mattress matter to him.

According to him, the most important points of his house are the sofa, table, and mattress. He also said Chen was curious about the furniture in his new home, admitting that he could not answer his member’s curiosity as he was also unaware.

Also, he wants to boast his sofa to the other members. *cutiiieee! 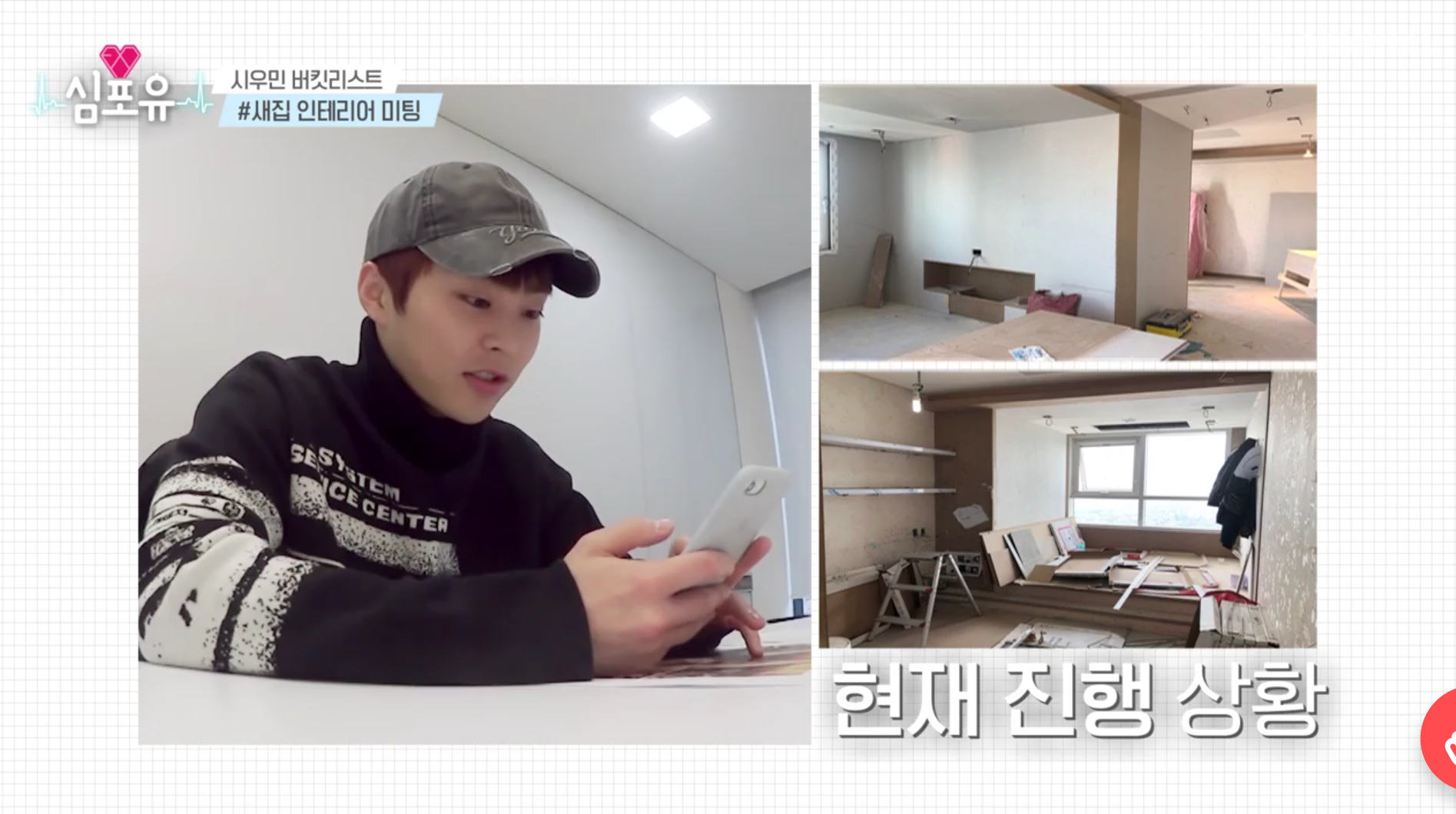 #6 He is the cutest vlogger to ever give a house tour.

The EXO member took viewers along his visit to his new house two days before the scheduled D-Day. And he adorably showed off the areas of his house, starting with entryway. He gave the cutest “woooaaah”, believe us. He also seemed to enjoy the details incorporated in his new home such as the walls and the lights.

#7 His cousin is an artist.

Xiumin revealed that his cousin is an artist whose painting will be displayed in his new house. He went on to ask viewers to make a guess on which artwork he will put up on the wall that greets people who enters his room. 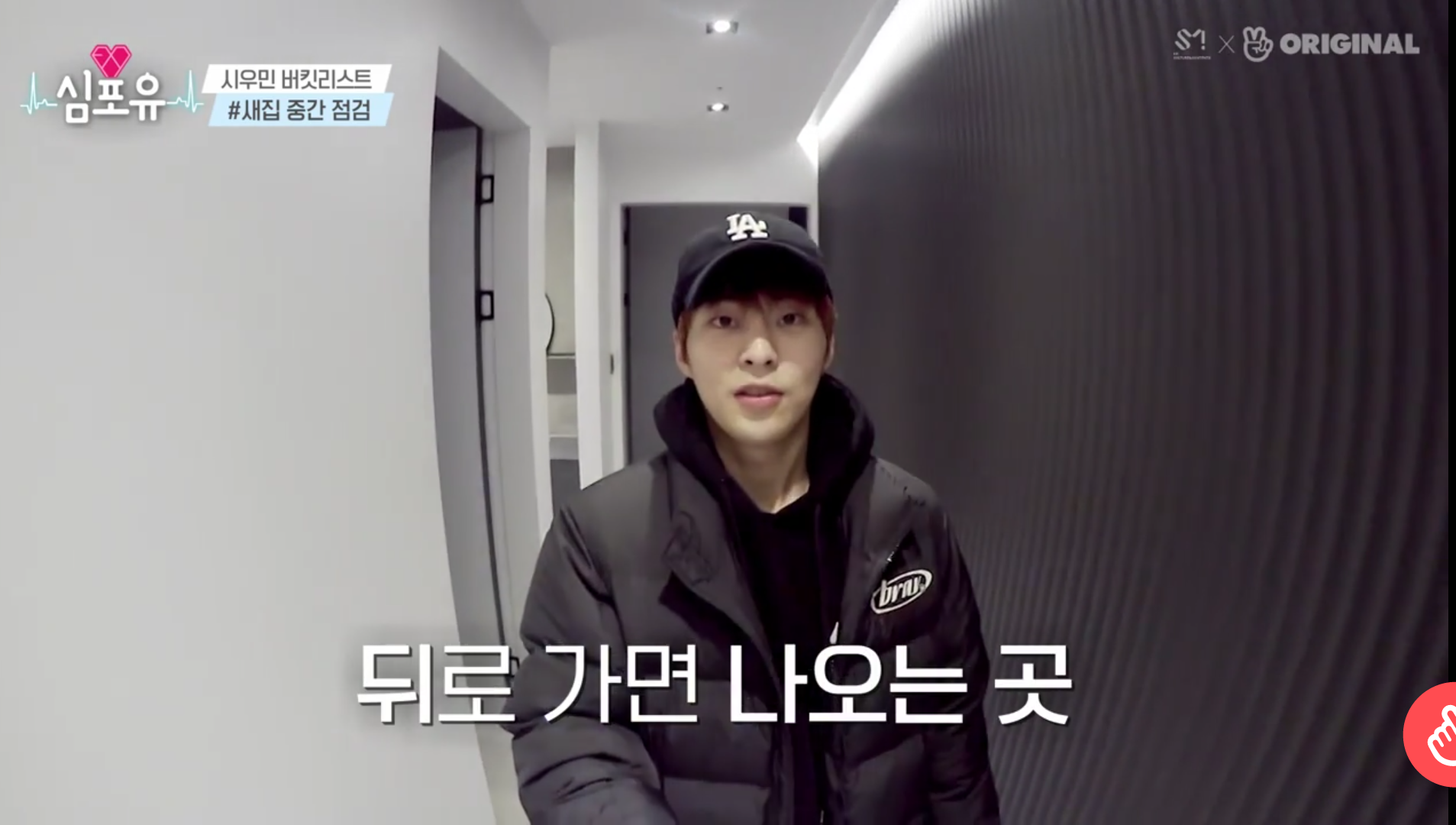 #8 He got sick on the first day of January.

According to Xiumin, he got sick during the new year which happens often during the start of another year. He even called it his “jinx”. However, he assured fans it’s not something to worry about. “Is it a price to pay to avoid something worst? Or do I get sick so that none of you would get sick? If that’s the case, I can be sick anytime,” he said. Sweet, isn’t?

The EXO member shied away from the cliché New Year wishes. Instead, he went practical by advising viewers to make good plans and fulfill them one-by-one. For his part, he said he will go on a diet.

Xiumin realized he has short arms while vlogging from Chile. And we will end the Heart4U episode with that “short” realization. 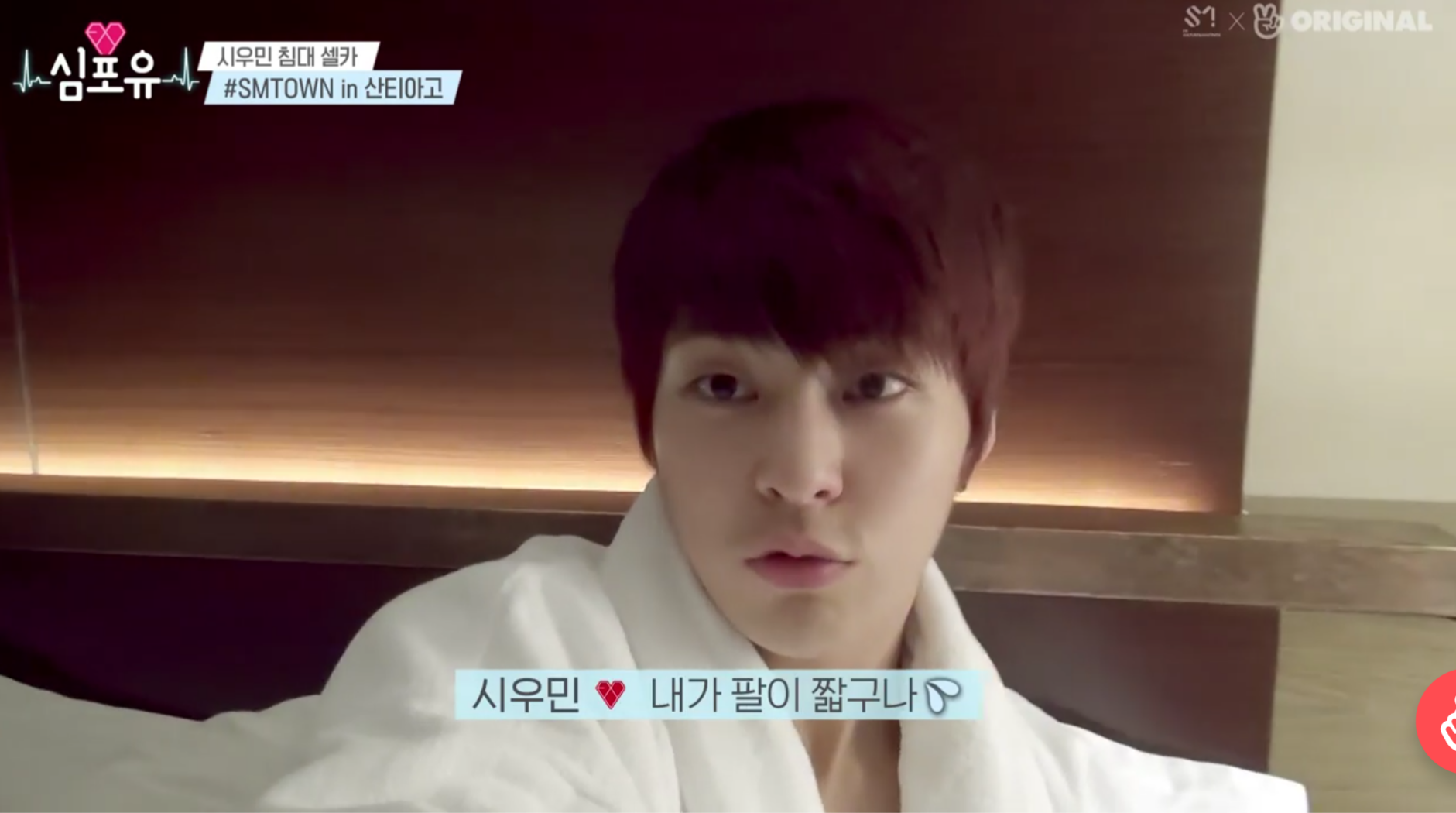 Hellokpop, as an independent Korean entertainment news website (without influence from any agency or corporation), we need your support! If you have enjoyed our work, consider to support us with a one-time or recurring donation from as low as US$5 to keep our site going! Donate securely below via Stripe, Paypal, Apple Pay or Google Wallet.
FacebookTwitter
SubscribeGoogleWhatsappPinterestDiggRedditStumbleuponVkWeiboPocketTumblrMailMeneameOdnoklassniki
Related ItemsEXOXiumin
← Previous Story 6 Things To Get Excited About The Return Of Block B’s P.O, U-Kwon, And B-Bomb As BASTARZ
Next Story → Park Ji Hoon Makes Successful Solo Debut With Cinematic “L.O.V.E” Music Video