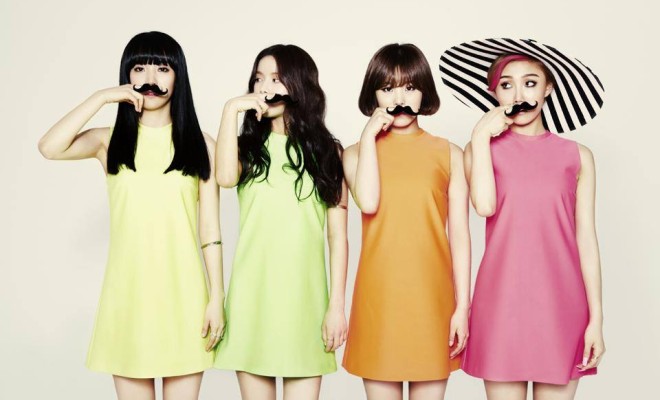 Why MAMAMOO is the rookie group to watch

With each new year, the K-pop industry prepares itself for the latest influx of debuts and new faces striving to become The Next Big Thing. Although many attempt to bring something fresh and considerably ‘their own’ into the pool of generic, stagnated releases and sensational concepts, not many actually succeed in breaking the initial ground rookies often face. 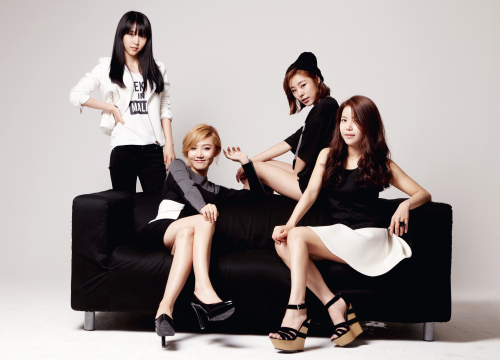 Yet, the summer season signals the arrival of one such game-changer: rookie quartet MAMAMOO, consisting of members Solar, Moon Byul, Whee In and Hwa Sa. The group debuted in mid-June with the sassy yet soulful Mr Ambiguous, and the girls have hit the trifecta with a refreshing musical direction, visual concept and a superb mini album, Hello, that impresses and more. Straying from the spectrum of cute that seem characteristic of girl groups in the industry, Mamamoo instead seeks recognition through the use of retro-inspired tunes and jazzed up R&B sounds, coupled with their excellent vocal abilities to serve up a brilliant musical platter to satisfy even the most finickiest listener. Mamamoo too has received many seals of approval from the group’s seniors, including Bumkey and Baek Ji Young!

But what else about Mamamoo that makes the members so special and worthy of your attention and that spot in your music library (and your heart too)?

Prior to their debut, the girls, particularly 95-liners Hwa Sa and Whee In, were already busy showcasing their vocal chops with their individual featurings on labelmate’s Phantom’s B-side tracks.

Hwa Sa, credited as HJ, lends her sweet, breathy vocals to the mellow Fingernails off 2013’s Phantom Theory, and her ad-libs add a soothing dimension to the track’s bittersweet lyrics, making it one of my perennial favorites off Phantom’s discography. Her vocal work is impressive, and coupled with the fact that one of her designated roles in Mamamoo is as its rapper (she even has her own rap solo in their EP), she is no doubt one talented individual.

Whee-In on the other hand, had a prominent role in Kiggen’s solo, Under Age Song in Phantom’s first full-length album. Her refreshing delivery of her portions of the track is memorable and meshes well with the R&B, hip-hop fusion, making the track one of the highlights of the LP as well.

Moreover, the members of Mamamoo received their initial recognition through the stellar list of guest stars on their pre-debut tracks, from Bumkey, Wheesung, to K.Will and Geeks, that further propelled public interest in them, and rightfully so. Don’t Be Happy; Peppermint Chocolate and Hi Hi Ha He Ho were all magnificently executed singles that had the girls tapping into genres like urban R&B, retro-funk, and hip-hop respectively, with spot-on production and excellent singing to boot.

Although artists uploading covers onto YouTube isn’t an uncommon sight, it’s hard to pick flaws with Solar’s and Whee-In’s near-flawless covers. Their vocal cover and rendition of UV’s 쿨하지 못해 미안해  (No Cool I’m Sorry) is so beautifully done it demands quite a few replays. Bonus of the girls being adorkable at the end!

2) They deliver the goods in their live performances

Being able to perform live well, borderline CD-quality for some is a highly-valued prerequisite that comes naturally with the slew of music show performances that marks an artist’s new release that’s up for global promotion. Mamamoo has its work cut out for them, because when the members perform live, they deliver the goods, and they deliver it flawlessly.

In retrospect, yes, a lot of groups out there can sing well and are vocally stable, but what makes Mamamoo shine while they are performing is how magnetic their on-stage presence is and how thoroughly enjoyable their stages are. They exude a self-assured confidence while performing that screams of the aura of seasoned veterans, and the girls’ performances for Mr Ambiguous are fun, charming, sassy, and charismatic. (The mustaches are also a very nice touch.) The list of adjectives could run endlessly, but when they perform, the urge to gravitate towards the screen, drop whatever you’re doing to focus on the girls’ powerhouse vocals and performance are strong.

Plus, the girls often change parts of their live performances up, whether lyrically or through their choreography, making it all the more fun to watch. If such words do not convince you, perhaps experiencing Mamamoo in action first-hand might seal the deal:

3) They aren’t afraid to get dorky off-stage and on-camera!

Although musical prowess is a key ingredient in the success to a group, however individual charms and personalities are also vital in helping a group’s overall popularity and the members of Mamamoo have tons of it!

From Solar’s impersonation of Lee Hyori’s pet dog Sunsim to the girls letting loose during dance practice, they have so much of what Koreans often refer to as ‘sense’ that they’ll put a smile on your face with their antics. They are immensely watchable and likable girls with down-to-earth, carefree personalities and  I would like to see Mamamoo on varieties in the future if their honest wit is any indication of their variety skills, because the girls are a bag of adorable fun!

Mamamoo certainly has lots of talent and vocal skill, and is one of the standout rookie groups of 2014 in this writer’s book. The members’ future looks promising, and they are able to become one of the front-runners of the music scene if their capabilities are used right in their future endeavors!