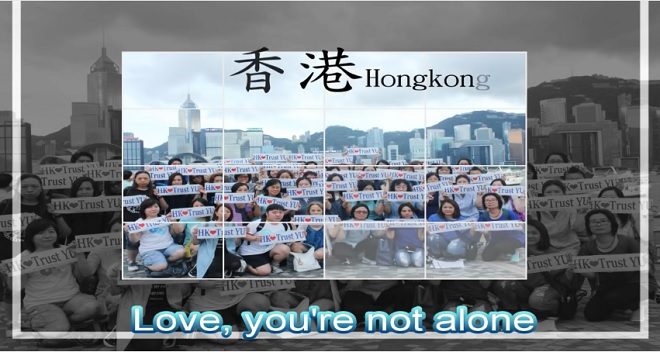 Another massive gesture from his fans.

Previously, a Peru-based fan club called PRINCE 유천 PERU FC launched an ‘Always By Your Side’ campaign to pledge support to Park Yoochun after he was announced to be acquitted from all the criminal assault charges.

Fans from around the globe continue to rally their support to Park Yoochun. This time, another fan club called Park Yuchun 6002 Hongkong Fanclub initiated a video campaign, titled ‘Stand By You – Park Yuchun (World Version)’.

On July 17, the fan club uploaded the video onto its YouTube channel. The description reads, “From Park Yoochun’s fans who come from different parts of the world, Park Yoochun, all the best!!! We will forever support you!!! (translated)”

The video begins with a supportive message dedicated to Park Yoochun, in both Chinese and English:

You look like as sky while we are cloud,
We are here because of you,
No matter how dark and bad it is,
You can see us in everywhere,
We always stand by you,
Please go ahead strongly and healthy,
With our blessings and love,
Wish you all the best.

The video is a collection of photos, which international fans took themselves, each holding a card with the message that says ‘Stand By You’. According to the video, the fans hail from different countries, including Brazil, China, Japan, Puerto Rico, Indonesia, Russia, Egypt, Australia, Malaysia, Myanmar, Singapore, Taiwan, Thailand, and Vietnam.

Meanwhile, an online Hellokpop poll shows that fans would still support Park Yoochun, despite his indecent scandal which has shocked the Korean entertainment industry. At time of writing, a tremendous number of 31,258 votes (95%) of readers are still keeping the faith and supporting the idol.