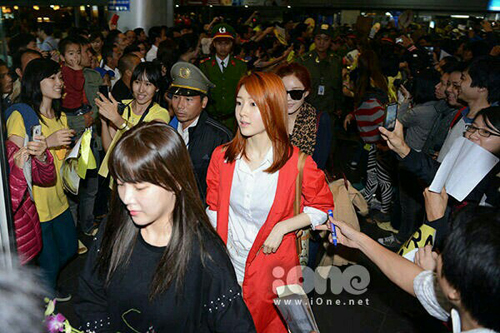 2,000 fans welcome T-ARA’s arrival at the airport in Vietnam

Girl group T-ara left Korea for the airport in Hanoi, Vietnam on November 25th. The Vietnamese fans, who heard of the news of the expected arrival time, have been waiting for their arrival early in the morning at Noi Bai International airport, and there were about 2,000 fans who showed up to welcome them to their country. The airport security and police had to get involved to make sure everyone was safe. 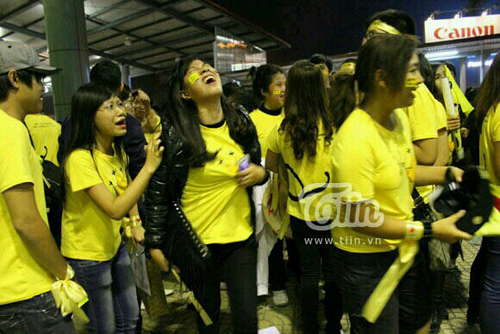 The fans matched yellow outfits with T-ara’s logo printed on them and cheered loudly as T-ara exited the airport. The members of T-ara responded, “We were very touched but we worry if any of the fans got hurt”.

On the other hand, as Korea and Vietnam’s diplomatic relations have reached its 20 years anniversary, T-ara flew to Vietnam to be part of the the MBC Music Core K-POP Concert and Beautiful Together (아름다운 동행) performances